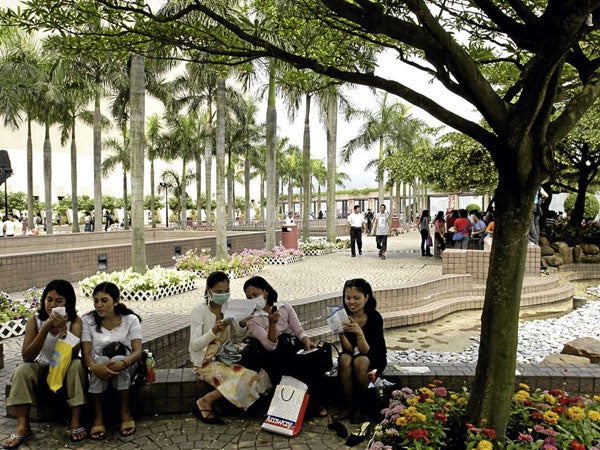 Amid the tongue-clucking in Hong Kong over a series of offenses committed by domestic helpers, a heroic Filipina recently proved that there’s no shortage of fellow Pinoys who make the country proud.

For some time now, HK’s Philippine community has expressed dismay at the growing number of petty thefts and other misdemeanors committed by some OFWs that have besmirched the country’s reputation.

But the heroic act by a newly-arrived   nanny has helped erase the often negative perception about Filipino domestics among Hongkong’s local and foreign residents.

Barely three months in the city, was Juanita Limbago, 31, taking her employer’s son to school one day when she saw a bus careening dangerously towards them.  Limbago instinctively grabbed her 6-year-old ward and shielded him with her body as the bus dragged them both for a short distance.  The boy survived but his nanny died.

This is not the first time that a Filipina has died or been injured protecting her charge from runaway vehicles in Hong Kong. Aside from having to cope with an alien environment, cultural misunderstandings and occasional abuse, an OFW’s life and limb can sometimes be in mortal danger.  No amount of national laws and UN conventions on the welfare of women migrant workers can offer total protection against mishaps and death.

An entirely different incident occurred not long before that accident in Kowloon claimed Limbago’s life. It might be another case of culture clash or, as many are wont to believe, ignorance and malice.

This time, a 25-year-old Pinay was jailed after having been found to have laced her employer’s drinking water with urine.

The incident happened amid newspaper reports that officials in Portland, Oregon had to drain 30 million liters of potable water from their main dam because a youth was caught peeing  into it.  Though considered a wasteful exercise by some, the draining was justified by Oregon authorities who pointed out that the state never lacks for water as this is being supplied by its glaciers and mountains.  Unlike some southern US states, they said that Oregon does not experience drought regularly.

Other experts pointed out that a healthy person’s urine is not toxic as it consists of 95 percent water. A bit of pee in large amounts of water, they claimed, won’t affect its potability.

In fact, some practitioners of alternative medicine advocate drinking one’s urine for certain therapies.  A prime example of someone who benefited from the practice was the late Morarji Desai, a former Indian prime minister who imbibed his own urine everyday and lived to the ripe old age of 99.

Regardless of that, the squeamish residents of Oregon felt unhappy at knowing that they were drinking someone’s pee.

That squeamishness is nothing like the horror felt by the Chinese employer of the Pinay who slipped some of her urine into the family’s drinking water.  Pressed by the judge to explain the reason for her strange act, she admitted that her employer and her children did not like her, and that she had hoped to change their attitude by doing the bizarre deed.  Her claim that such a practice is a custom in the Philippines has prompted other Filipinos to describe the claim as spurious and her act as that of a deranged person.

Another report in HK tells of a sentence imposed for a two-year-old crime committed by another Filipina nanny.  The 33-year-old woman was jailed for two years for having punched her seven-year-old charge in the stomach, rupturing his intestine.  The reason she gave for this violent act was that the boy had refused to practise his piano lesson, against his working mother’s wishes.

Putting great pressure on their children to succeed is not an uncommon attitude among many Hong Kong parents.  Studies show this as one reason for the growing number of young suicides, since most of them live in pressure-cooker conditions in this developed Chinese region proudly labelled “Asia’s World City.”  The statistics on suicide, some claim, almost match those in Japan, which has long been notorious for suicides among both young and old people.

Even though the Hong Kong Government now imports more Indonesian women than Filipinas for their households (because they’re said to be more servile), Filipina nannies continue to arrive, for the usual reasons of survival.  Manila academic points out that more and more OFWs now come from truly deprived backgrounds, with inadequate education and preparation.

So the vicious cycle continues, even as Hong Kong authorities recently granted a paltry pay rise for domestics.  In a territory with vast wealth and large financial reserves, the fact that there were long, heated debates before a figure was decided for the local Chinese workers’ minimum wage shows the mindset of the ruling elite, which  has been accused of viewing the lower classes with disdain.  Compared with other developed countries in the region, HK$28 an hour for workers in the lowest rungs of society is a shamelessly niggardly salary.

A capitalist society like Hong Kong, which pays slave wages to its workers, may be able to keep importing willing victims from its poor neighbors in the region, but they will need to wake up to the fact that a lack of justice and compassion cannot be explained and sustained for long in the 21st century.

Subjected to such abusive behavior,  domestics and household workers in HK  just might find themselves   digging up little-known practices from back home in the earnest belief that  this could solve their problem.