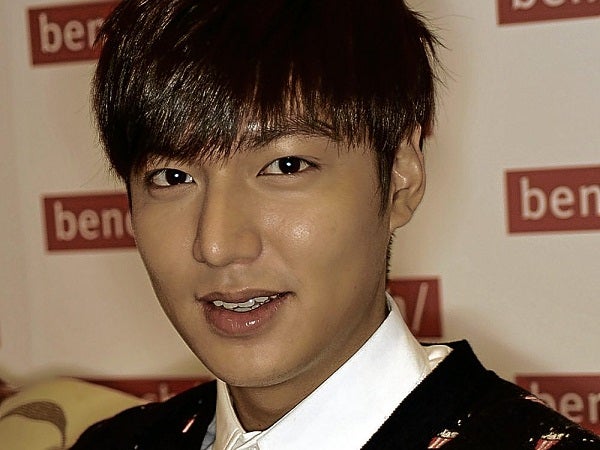 Before his press conference, Super sat down with Lee Min Ho for a private interview. In our chat, which was translated by Sam Oh, he shared what ultimately made him start taking fashion seriously and what was supposed to be his secret, which he thinks his fans don’t know about.

What is your first impression of the Philippines? How was the crowd of fans at the airport?

I feel like I’m on vacation. It’s cold in Korea now, so the warm weather is a nice change.

In other countries, in my experience, the fans only come out after immigration, but here, they were there pre-immigration so that was a little surprising, but I was happy to see them.

For your role in “City Hunter,” you learned a Filipino martial art, arnis. Have you ever gotten a chance to use your fighting skills outside of the set?

Fortunately, no (laughing). I don’t get into a lot of fights.

Were you aware of your popularity here?

I knew I had Filipino fans because through social media, like on Twitter, I would get mentioned and they would say, “Please come to the Philippines; we really want to see you,” so I knew. Luckily, Bench came along and they brought me here, so I feel that the stars aligned.

What made you say yes to Bench?

I got the impression that Bench is a brand with a very broad appeal, that it was stylish and it had a global image. As my first Philippines project, I felt it was a good choice. The brand had a very accessible image; it was a nice way to introduce myself to Filipinos.

When did you begin to have a serious interest in fashion?

It was probably the time I got interested in the opposite sex. That doesn’t say that I was good at it, but I was definitely interested. By the way, that was when I was about eight years old (laughing).

So for a first date, say movie and dinner, what would you wear?

I would go for a very neat and relaxed look because I think that’s what appeals to women.

I’m sure that has always worked for you.

What would we see if we inspect your closet?

I have a lot of coats and T-shirts—it’s a whole lot of dark stuff. I’m making an effort to go into bright colors, such as toned-down pastels.

I do enjoy shopping but I’m not patient, I’m usually done in an hour and a half. It’s short and sweet; I go in and go for the kill—it’s that kind of shopping.

What’s the best fashion tip you have ever received?

I think that the best tip that I got—because I really think everyone has their own style, they just have to find it—is knowing what looks good on you and finding what your own style is. In my case, fit is important.

What do fans still don’t know about you?

(Laughing) I have a mole right here (points to torso).

I’m sure your fans know that.

I’m not sure, it’s a top secret. If they know about my mole, then they know everything.