Now, you can wear Furne Onè as a scent | Lifestyle.INQ ❮ ❯ 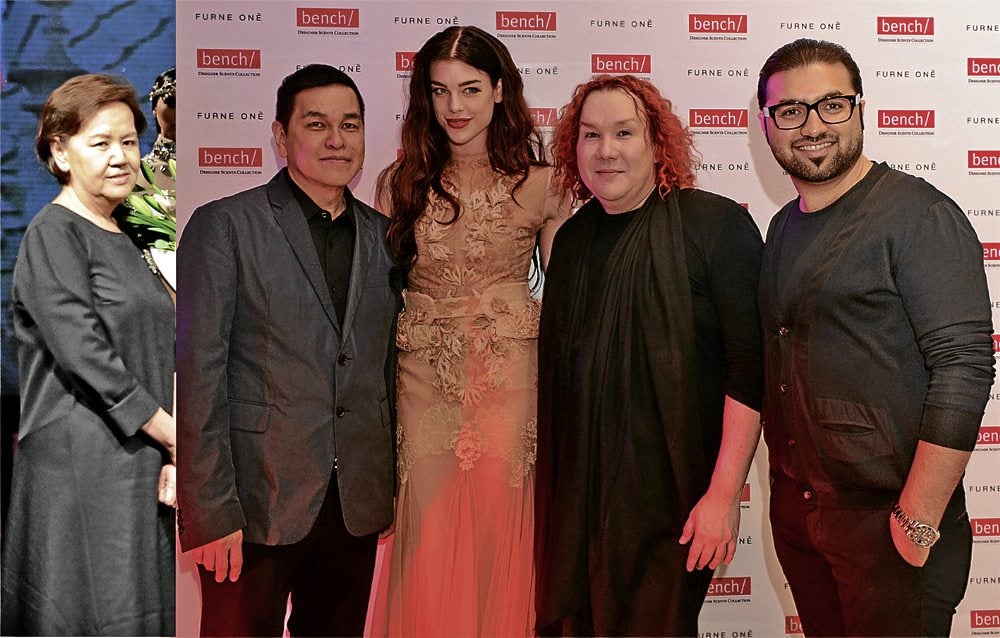 Now, you can wear Furne Onè as a scent

Unholy is a unisex scent, in a red, glass flask, smelling of mandarin, rose and musk.

The scent collection was launched in a fashion show at the Peninsula Manila’s Rigodon Ballroom: 42 awesome designs were displayed. Shoes were by another local designer, Nereku.

Tall Raina Hein of the 14th edition of “America’s Next Top Model” closed the show and walked down the ramp with designer Furne Onè and Ben Chan, who took their well-deserved bow, natch!

Bench has truly hit another milestone. Furne Onè is, after all, one of the most sought-after designers today. From his humble beginnings in Cebu, to his apprenticeship with Josie Natori, his Dubai shop, his appearance in “Germany’s Next Top Model” with Heidi Klum, and several awards from Manille and Japan, Furne Onè has come a long way. Now he’s collaborating with no less than Bench, dahlings.

A cut above the rest is SM Accessories, the biggest accessories mecca in the country.

Sealing the brand’s position in the industry, SM Accessories gathered the “it” crowd at Republiq Club for a night of fashion and glamour, featuring a spectacle of trends that sought to push the fashion envelope with the unveiling of its holiday collection.

After the fashion show, guests rocked to the tunes of DJ Mars Miranda.

A raffle treated guests to prizes from Smart, naturellement, such as Smart Bro Tablets. An iPhone was also given away.

Max Factor was a sponsor, palanggas.

Palladium, one of the latest premiere clubs in Makati, has launched its own CD compilation, a release of 13 of the club’s swinging tracks mixed by Palladium’s resident DJ Lady Trinity and French DJ Alchemic Storm. It is now available on iTunes.

Launched last Halloween, the tunes kept the crowd pumping and rocking till some of them literally staggered out of the New World Hotel, where Palladium is located, dahlings.

During the Halloween bash, guests came in their most creative costumes, setting the perfect mood for a night of witches and ghosts, naturellement, dahlings. Women dressed up as angels, fairies, goddesses, vampires and even as sexy chambermaids, while the men suited up in their favorite monster costumes.