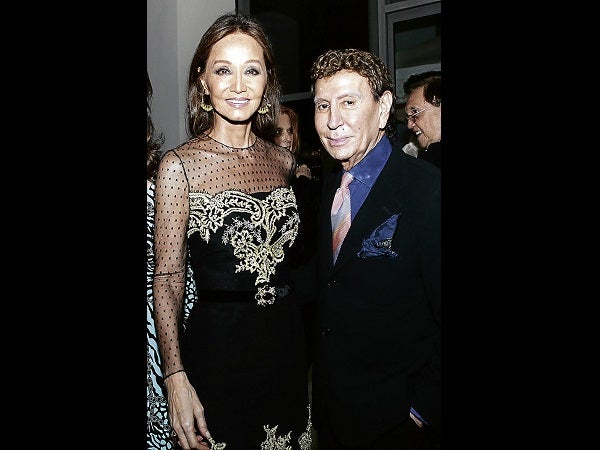 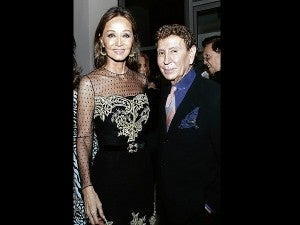 Porcelanosa Grupo last month celebrated the arrival of its brand ambassador, Isabel Preysler, and marked the international launch of the brand. 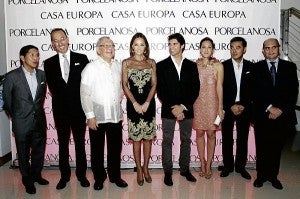 The three Spanish celebrities who were here for close to five days were feted at dinners, did sightseeing, shoots and interviews. Accompanying the group were members of Hola magazine (who I hear will have their Philippine edition next year). One of the highlights was an exclusive dinner for 30 hosted by Ambassador Domecq in his home. The guest list included Jaime and Bea Zobel de Ayala, Vicky Preysler, Menardo Jimenez, Lance and Jay Gokongwei, Tina Ocampo, Anton Roxas, and Jaime and Lizzie Zobel. 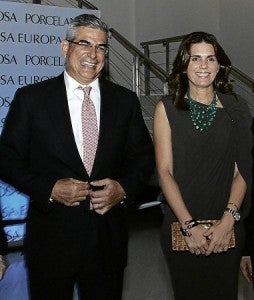 The handsome and down-to-earth Rivera brought along his beautiful girlfriend Eva Gonzalez, a former Miss Spain who is now a popular TV host. They went to Tagaytay and visited Intramuros where they thoroughly enjoyed themselves. He said he is semiretired from bullfighting and is focusing on charities for children, which take him to Nicaragua. I suggested that he do some outreach programs here, and he was quite open to the idea. Hopefully, we will see him here next year.

It was also a joy to watch the beautiful mother-daughter tandem. They both expressed their amazement at the progress and developments in the city and hope to come back soon. I was able to interview all of them at length, so watch this space for more. 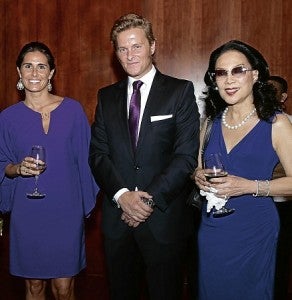 During the Porcelanosa event, Preysler arrived late, causing a bit of anxious excitement among the guests. You could here people whispering, “I want to see how she looks!” or “I wonder what she will be wearing?”

But as soon as she appeared, she took everyone’s breath away. Preysler stood tall, enviably svelte and breathtakingly gorgeous. She does have this uncanny way of disarming people and making them gush in her presence.

The event was done in three parts: a ribbon-cutting ceremony followed by a tour of the Porcelanosa showroom and dinner at the pool deck of the Infinity Tower where Jay,  Ambassador Jorge, Cayetano and Isabel said a few words.

The first Porcelanosa flagship store in the Philippines and in the region is in the mezzanine of the Infinity Tower on 26th Street in Bonifacio Global City. It boasts a wide array of home finishing products from the eight brands of Porcelanosa Grupo.

The Porcelanosa Showroom is a collaboration of Porcelanosa Grupo of Spain and its local partner, Casa Europa.