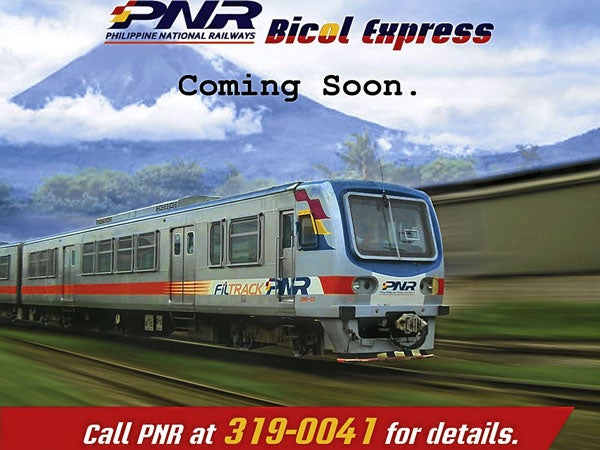 Soaking the sights via this storied train ride

It was the summer of 1964 and I had just completed my third year of elementary education. My parents bundled us up – the entire caboodle of six kids with me as the eldest – and two aunts who served as our nannies. We were bound for Manila on board the storied Bicol Express.

I don’t recall how we all managed to squeeze into two economy seats. What I still vividly remember was the exhilaration of riding in a train and the rising expectation of seeing the great city, a big deal for me who grew up amidst the ricefields and dusty streets of the then parochial Calabanga in Camarines Sur.

While my elders complained of the heat, I simply soaked  in the ever-changing scenery (including the awe-inspiring view of Mt. Banahaw) and the cacophony of sounds emanating from the train which, for a 9-year-old barrio kid, further heightened the excitement and even the mystery of that summer outing. The Bicol Express did live up to my expectations!

As I grew up, the Bicol Express seemed to bookmark the times of my life. In the early 1970s, my girlfriend Gina (who eventually became my wife) and I used to take the Bicol Express back to Naga during semestral breaks at the University of the Philippines at Los Baños. Having hopped onto the train at the College (the name of the barangay where UPLB is located) station, we usually found that seats were no longer available. We made do with the platform connecting two train coaches. Oh, we didn’t mind the 10-hour ride and the danger lurking on that platform. Of course, for people in love, nothing else matters – and the Bicol Express could very well attest to that!

When President (Ferdinand) Marcos declared martial law in 1972, the Bicol Express again played a role (supporting or otherwise) in what would turn out to be an unraveling chapter in my young adulthood.

Distraught by the uncertainties of the times but somehow consoled by the unexpected and protracted vacation, I, along with 14 other UPLB schoolmates who were members of the UP Sarong Bangui, decided to go home via the Bicol Express.  As  the  train  stopped  at  the  Lucena  station,  a  squad of Army troopers in full battle gear boarded the train coach we were in and arrested 13 of my companions. The experience was terrifying, to say the least. And so traumatized was the other guy who wasn’t arrested that he actually joined the Philippines Marines a few months later.

The Bicol Express did safely bring the two of us back to Naga but our lives – and the lives of the rest of our group – would be drastically altered.

Since then, the Bicol Express alternately underwent periods of rehabilitation, neglect, and even decay – which did not necessarily mirror the stages of my life. Yet its sights and sounds still linger in the mind, bringing with them memories, both joyous and sad, that nourish the soul.

Yes, memories mean a lot. As Jane Austen wrote almost two centuries ago, “if any one faculty of our nature may be called more powerful than the rest, I do think it is memory. There seems something more speakingly incomprehensible in the powers, the failures, the inequalities of memory, than in any other of our intelligences. The memory is sometimes so retentive, so serviceable, so obedient; at others, so bewildered and so weak; and at others again, so tyrannic, so beyond control! We are, to be sure, a miracle every way; but our powers of recollecting and of forgetting do seem peculiarly past finding out.”

I am  certain that  Austen’s  observation  still proves  relevant to those who  have experienced  the  thrills  and spills of the legendary  Bicol Express. If only for this then, the national government must ensure the long-term viability and stability of the newly resuscitated train line so that the current and coming generations will also have their collective memory of a reliable yet economical transport mode—and not just of a spicy dish of chillies and native anchovies cooked in coconut milk!   •

The author is on his third and final term as Vice Mayor of Naga City in Bicol.