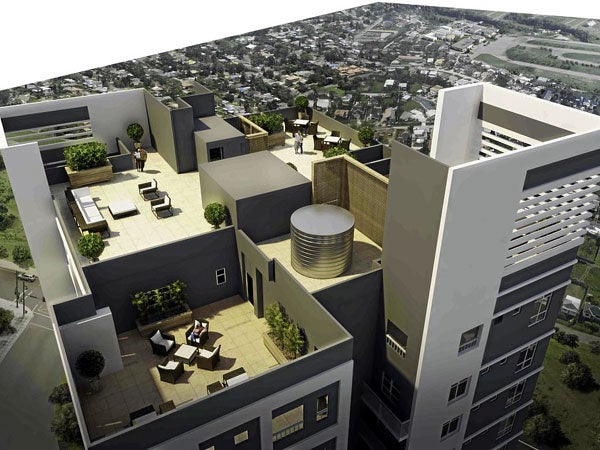 Escalating prices of petroleum products, horrendous traffic as well as high toll fees have all made it less likely for real estate buyers these days to consider investing millions of pesos in homes far from where they work and play and where their children go to school.

And the loss of single-detached homes in the suburbs is the considerable gain of condominiums, most of which can be found in business districts and academic centers, and close to transportation facilities.

The living space offered by these high-rise structures may just be a fraction of what buyers can get for the same price in nearby provinces such as Laguna, Cavite and Bulacan. But for these home buyers, the convenience, the affordable cost and the savings in time and fuel, more than make up for the difference.

Joey Santos, general manager of the Real Estate Division of the Ortigas group, says that based on the sales of its Circulo Verde mixed-use development project in Pasig City, first-time home buyers now prefer to live closer to the city and avoid the costs and hassle of living in suburban areas.

“Convenience, the high cost of fuel and changing demographics will continue to push more people into condominiums,” explains Santos.

“Back in the 1970s, there was a high demand for horizontal developments, so Ortigas & Co developed the likes of Valle Verde, Greenmeadows, and the Greenhills subdivisions. In the succeeding years, we saw a great change in the needs and wants of our market, ergo our shift to vertical, mixed-used developments like Circulo Verde,” he adds.

And for those keen on buying a condominium unit, location remains a primary consideration, just like in single detached homes.

“The first consideration is location, location, location,” says Santos. “The condo must be in a good address, close to one’s place of work or business and must have a high level of accessibility. Second, buyers are looking for a community-like feel. They prefer residential condo communities with larger open spaces than single towers.”

Tomas Lorenzo, chief executive of Grand Metro Lorenzo Corp., cannot agree more that location remains a compelling factor in purchase decisions. This is why the company is deliberately concentrating on condominium projects near topnotch academic institutions, with its lifestyle project being the Torre Lorenzo towers beside De La Salle University (DLSU) on Taft Ave. in Manila.

According to Lorenzo, there will always be a demand for projects such as Torre Lorenzo because of the convenience and value for money that they offer.

For the 2 Torre Lorenzo, the follow up to the 10-year-old Torre Lorenzo condos, the main buyers are parents whose children study at DLSU. Many of them come from faraway provinces or live some distance away from the school. By getting a unit at nearby Torre Lorenzo, their children will have more time to study, these parents think. Other buyers are investors who see a very good rental opportunity in the university area.

Charlemagne Yu, chief executive officer of Empire East Land Holdings Inc., meanwhile, says that buyers are more discerning of condo developers. Given the proliferation of choices in the market, buyers take their time before making a purchase, with corporate reputation being a main factor in their choice.

“We should also not discount the fact that, for many buyers, the reputation of the developer as a solid, trustworthy company – with many years of experience in real estate development – is a MUST,” says Yu. “When the core business of the company or group of companies is real estate development, then in all likelihood, such companies would not sacrifice their reputation as a developer for quick profit,” he adds.

Empire East, he says, has established a solid reputation as a trusted developer in good times and bad.  The innovative features of its projects have been imitated by others, he adds.

After location and corporate reputation, potential buyers also put a great deal of thought into the condo’s offered amenities and conveniences.

“Condo buyers today are very particular about convenience – this translates to location, amenities and the master plan of the entire project,” says Alveo Corp. in a statement.   It adds: “Our market today is very savvy – they are well-travelled, which allows them to be exposed to what the region or the rest of the world has to offer in terms of residential ideals. They also lead very fast-paced lives that dictate their need for ease to get to and from work, as well as a home that will allow them to enjoy the comforts of a quiet, relaxing enclave.”

“Location is a primary consideration, as is the investment value of the property,” adds Alveo, a subsidiary of property giant Ayala Land Inc. “The master plan, amenities and value proposition all play into the decision-making process.”

But after all is said and done, the decision for most cases comes down to the affordability of the desired condominium unit.

Fortunately, it has become easier than ever to buy condominium units. Intense competition has kept selling prices reasonable and financial institutions are offering long-term loans at lower interest rates, putting real estate projects within the reach of more Filipinos.

This explains why condo living is a trend that is here to stay for quite some time, according to Corazon Guidote of the SM Group, which has become a major real estate developer through SM Development Corp.

“Developers are making full use of their urban land bank now that the economy has grown to a level where the mortgage lending environment is permissive. That is, amid a large unserved market which is willing to invest and eager to upgrade lifestyles. Condo living is also a more efficient, practical way to live as costs are shared, locations are commuter-friendly, and options just keep getting better,” Guidote explains.

Indeed, for EELHI’s Yu, owning a condo unit is no longer an alternative, but rather a necessity.

“Buyers have reached a level of sophistication to realize that, given the present state of our infrastructure development as well as the cost of transport from the suburbs to the metropolitan area, anyone who has anything to do in the city ought to have a condo unit,” he says.