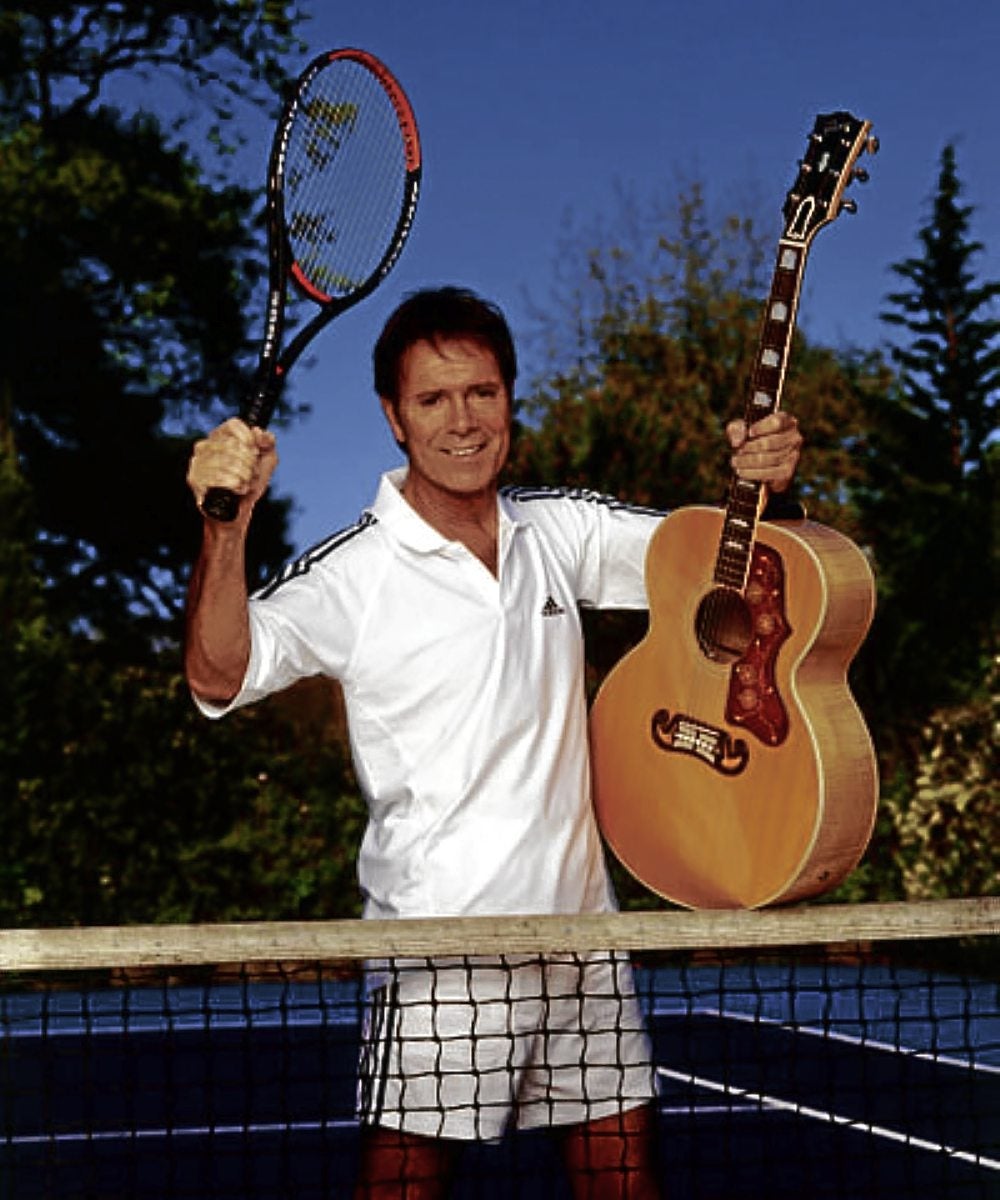 CLIFF Richard with his two great loves—tennis and guitar

Cliff Richard is on the phone in Sydney, talking like a long-lost buddy, excitedly updating us on what’s been happening to him. He sounds articulate, self-assured, authoritative even, quick to point out misconceptions or mistakes in our assessment of his 54-year career as a pop icon.

When we ask what it felt like to have been groomed as an Elvis Presley-type rock star when he was about to break into the music scene in England in 1958, Cliff corrects us: “No, I wasn’t being groomed… I became the answer to Elvis!”

But he admits being astounded when he first heard and saw the King of Rock ’n’ Roll: “I told myself, ‘I want to do what he’s doing.’” Cliff was so successful following in Elvis’ footsteps that he not only released chart-topping hits, but acted in movies, as well.

But the arrival of The Beatles in 1964 eclipsed his popularity, even as he never stopped working and has continued recording and going out on tour all these years.

Performing, in fact, is what keeps him fit at age 72. “That, and playing tennis three times a week,” Cliff says.

He’s able to hit the gym, too, whenever he goes home after a tour.

Home these days is Barbados in the Caribbean, whose warm, tropical climate he favors over cold and foggy Britain.

His current tour, dubbed “Still Reelin’ and A-Rockin’,” includes shows in New Zealand, Australia, Singapore, the United Kingdom, Israel, and one night in Manila on Feb. 28 at the Smart Araneta Coliseum.

Again, he corrects us when we comment that his career has gone through highs and lows: “Maybe in the Philippines, yes, because people tend to forget you when they don’t hear about you for about six years. But in Britain, I hardly had a miss, it’s been a constant flow, although the 1970s was my best time.”

We feel the excitement when he mentions the ’70s, because it was in 1976 that we remember him most, when the UK and US hit single “Devil Woman” gave him back the image of a rock star, after a long time singing sappy love songs in the ’60s.

In 1979 he had another hit, “We Don’t Talk Anymore,” which still sounded cool and hip, even if it was a pop tune.

But love songs, he insists, is the essence of music. “The main message of music is love,” he says, pointing out that if rock ’n’ roll changed his life, his biggest idols of that revolutionary musical style, starting with Elvis, the Everly Brothers, Ricky Nelson, including The Beatles, sang mostly about love.

We are almost tempted to add, “What about ‘Ocean Deep,’” a big hit in the Philippines, but whose lyrics we consider, well, so baduy: “Will I ever find a lover/ Maybe she has found another/ And as I cry myself to sleep…”

But today’s rock and pop hits are still about love, he explains: “Finding love, losing love, getting inspired by love.”

He pauses to remember a female fan in Australia, who, he says, was practicing the occult until she heard “Devil Woman,” a song that weaves a story about being put under a spell by a psychic. Cliff’s fan heeded the warning of the song and thanked him, he adds, emphasizing the powerful, positive force that music can wield.

We ask if he finds time to listen to new music. He says that the English-Irish boy band One Direction holds a lot of promise.

“I found the boys on YouTube,” he says. “Can you imagine they all lost as contestants on ‘The X Factor’? Which goes to show that you can be a loser and still have a chance to become famous.”

In Barbados, he adds, there’s a lot of reggae music which he also enjoys listening to. That’s music one can dance to, and we wonder if Cliff can still shake his hips at his coming Big Dome concert. But since he still plays tennis, he can, as his debut single says, “Move It.”