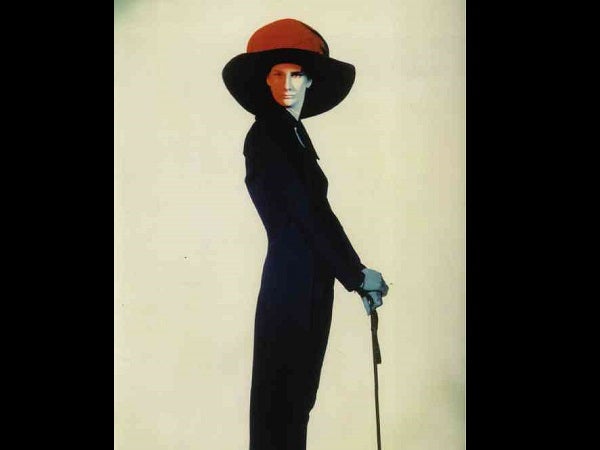 Why Japanese designers have triumphed

I have always loved almost everything Japanese. And one thing I strongly share with most of them is the belief that “black is not the absence of color, but the presence of all colors.”

But what I truly admire is the elegance and strong sense of discipline and mobility in the Japanese aesthetic and culture. It is a unique synthesis of old and new.  Even as they are at the forefront of technology, their respect for tradition permeates every aspect of society.

I visited an exhibition at the Museum of Contemporary Art Tokyo on October 2012, “Future Beauty and 30 Years of Japanese Fashion,” which looks back on the last three decades of Japanese fashion.

In addition, works of young designers provide an insight into future directions.

This exhibition presented the “deconstruction and innovation” of the 1980s, the life concept of the 1990s and the “sympathetic generation design” of the 2000s, divided into sections according to four words/phrases: “In Praise,” “Flatness,”  “Tradition and Innovation” and “Virtuality and Reality.”

The first section, “In Praise of Shadows,” takes inspiration from the seminal text of the same name written by Japanese author Jun’ichiro Tanizaki in 1933. It reveals the enduring interest in the monochromatic palette and nuanced textures and forms in contemporary Japanese fashion, arising from a cultural sensibility attuned to light and shade and the power of black. It features pieces by Rei Kawakubo and Yohji Yamamoto.

“Flatness” explores the simple geometries and interplay of flatness and volume in the work of Japanese designers. Seen through European eyes, this clothing was perceived as loose-fitting and shapeless.  Yet, to the Japanese, the superfluous “space” between the garment and the body is more than a void; it is a rich space that possesses an incalculable energy. This section includes Issey Miyake’s Pleats Please.

The relationship between “Tradition and Innovation” is considered in this section, from the radical reinvention of traditional Japanese garments and techniques, such as kimono and origami, to the technological advances in textile.

In “Virtuality and Reality,” thanks to the Internet, we are able to see fashion collections from around the world. It is possible to readily obtain good-looking clothes at a reasonable price. As people are able to “consume” materials and information, we see designers who provide a background story for their clothes.

In this way, both wearer and society are able to continue the story that has been woven by the creator while communicating with the clothes.

Unfortunately, you need to have seen the exhibition to truly experience the details. Here’s a general chronology of the highlights of Japanese fashion, from the viewpoint of a fan.

Kenzo Takada made his debut in Paris in 1971, and Issey Miyake followed shortly.  Both became very active in the West.

Yohji Yamamoto and Rei Kawakubo of Commes des Garçons debuted afterward. Yamamoto and Kawakubo had similar characteristics in their work, including emphasis on material, form and deconstruction.

Miyake began making clothes by making fabric. He drew on his extensive studies of traditional Japanese dyeing and weaving to create an extremely contemporary look.

Although Paris remained the center of the fashion world in the ’80s, the rise of punk in London and the ascendency of Milan revealed that couture everywhere was undergoing a period of vibrant energy. Economic prosperity in Japan brought an influx of Japanese designers to feature their work in Paris, London and elsewhere.

Kawakubo and Yamamoto debuted in Paris in 1981, and immediately Japanese fashion, often termed “avant-garde,” garnered worldwide attention. They remain very much in the frontlines.

The grammar of Japanese fashion became an important social phenomenon in the ’80s and was subsequently inherited by a number of Belgian designers, including Martin Margiela.

Kawakubo and Yamamoto’s collections were devoid of color, reminiscent of monochromatic ink and wash paintings and the writings of Tanizaki.

In “In Praise of Shadows,” Tanizaki described the essence of Japanese aesthetics in the harmony of shadows: “We find beauty not in the thing itself, but in the pattern of shadows, light and darkness, that one thing against another creates.”

The black clothing of Kawakubo and Yamamoto skillfully incorporates shadows as a form of sartorial expression.

Miyake was very much about the fabric, a man totally fixated on pushing the envelope in the technology of clothing. He created the “single piece of cloth” in 1976 and revisits it today.

For Japanese designers, making clothes is all about how to relate the flat fabric to a human body. The kimono, in contrast to Western construction, is an assemblage of rectangular pieces of fabric, and when not worn, it is flat.

Japanese fashion sought to deconstruct European aesthetics. The “avant-garde” in the ’80s became “grunge” in the ’90s, a term now used all over the world.

The Japanese have also paid very close attention to the special qualities of print media to strengthen their brand image.  Kawakubo published her unique print media very early in her career, using top photographers like Peter Lindberg and Hans Feurer. Also legendary is her biannual magazine “Six.” Layouts were always bold, confusing the reader but strongly arousing the senses.

Miyake was one of the first of the Japanese designers to adopt the exhibition as an expressive medium, beginning with “Bodyworks” in 1983 and the dramatic installation “Making Things” in Paris in 1998.

Today, there is a younger generation of designers—Junya Watanabe, who made his Paris debut in 1992; Jun Takahashi of Undercover, who also debuted in Paris in 2002; and Dai Fujiwara of the Issey Miyake brand. They are becoming the new pillars of Japanese fashion.

Japanese mainstream fashion is probably best known in the world for low-cost, high-quality brands such as Uniqlo, G.U. and Muji.

“Kawaii” originally meant a tender feeling for something young, childlike, small or cute. Both Tokyo street fashion and kawaii are characterized by popular appeal, youthfulness and even childishness.

What is amazing about the top Japanese designers, however, is their passion to keep tradition and crafts alive. When a tsunami hit Japan in 2011, the reaction from designers was astounding.

Miyake selected Tohoku, one of the hardest-hit towns in Japan, and did a project called “Temahima: The Art of Living in Tohoku Time.” The project and exhibition focused on food and living spaces in Tohoku.

I was privileged to have met Makiko Minagawa, managing director and creative director of Issey Miyake. She is clearly immersed in leading this powerhouse fashion brand, but is also deeply involved in the collection of all Japanese fashion surplus and waste and converting them into reusable energy, in collaboration with the Japanese government—truly fashion and design made relevant in its most literal sense.

Our world is fast becoming homogenized. The creation of truly distinct Japanese designs puts Japan in a league of its own.

Much of the information in this article pertaining to the show was provided by Ms Akiko Furai of Kyoto Costume Institute, director-chief curator of “Future Beauty and 30 Years of Japanese Fashion.”

The best way to fly to Tokyo is via Haneda Airport. It is a nice, small airport with great shops, designed like a small town in Tokyo.  By car, Haneda is only 30-40 minutes to central Tokyo, while Narita is two hours away. Cathay Pacific is one of the few international airlines that fly to Haneda.