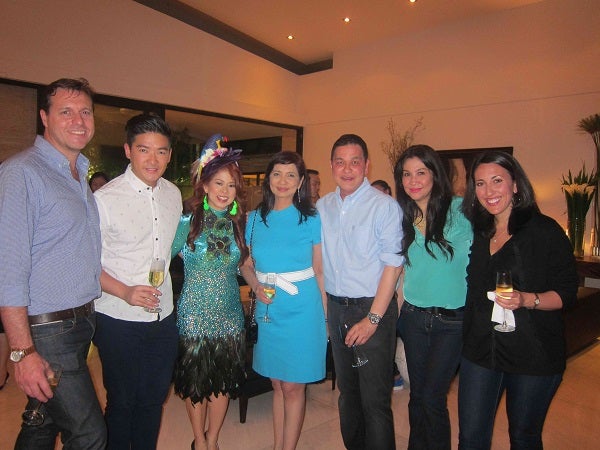 Why Virgie and Ben are very successful entrepreneurs

When it comes to product launches and inventive marketing gimmicks, two enormously creative friends top my list. Both continuously and ingeniously come up with the most innovative marketing strategies that make their brands very successful.

Virgie S. Ramos (VSR) has been the creative force behind Swatch for years. The annual launches of its new collections and various store openings are always spectacular productions, each affair packed with celebrities, entertainment and enough fanfare to draw crowds of onlookers.

Best of all, there is no swag bag like a Swatch swag. Most giveaway bags head straight into my closet “for future use”—my hubby Dennis calls me a pack rat—but the stuff in my Swatch swag bag is always worn immediately.

Tita Virgie and I are also “secret friends” according to the Chinese zodiac—she a Dog and I, a Rabbit.

Recently, VSR held the “Let’s twist, curl and Swatch it!” art competition in cooperation with the Philippine Star. Its culmination was a long and lazy lunch at The Long Bar in Raffles Makati. The lunch also served as the launch of the Swatch 2013 Spring/Summer Collection.

This is the eighth year of the art competition, and among the newbie invitees like me was Emil Yap III of Manila Bulletin. We were both happy to be there and support the project.

Gorgeous singer Nikki Gil and I tied for first place for best costume. She was clad in Lanvin and I in a red-knitted snake wrap by Jerome Lorico—a past winner of this competition who now works with the Alexander McQueen brand in London.

Among the guests who joined in the party games was the unlikely pair of maestro Ryan Cayabyab and Louie Ocampo—hugging, twisting and doing their balancing act, as super-hot Derek Ramsay gave instructions for a snake-inspired human twister game.

A mini-concert followed, headlined by Martin Nievera, Christian Bautista and Zia Quizon singing “Forever.” But the crowd-pleaser was the non-singer-but-performer-par-excellence Anne Curtis.

The Swatch team will be hard pressed to outdo this spectacular affair next year.

As far as creativity is concerned, the supremo is Ben Chan. His retail empire may have started with Bench, but now includes foreign brands like La Senza, Aldo, Charles and Keith and The Face Shop.

The latest addition to his portfolio is American Eagle Outfitters. Founded in 1977, AEO is an American clothing and accessories retailer based in Pittsburgh, Pennsylvania.

The AEO launch at Boni High Street in Taguig City was so big that the street was closed off for the party.

Among those on the ramp were Dominique Cojuangco, daughter of actress Gretchen Barretto, Juliana Gomez, daughter of celebrity couple  Richard Gomez and Rep. Lucy Torres, and Kylie Tinga, daughter of Rep. Freddie and Kaye Tinga.

Ben and his team in Suyen Corporation were so happy with the brand’s initial sales; my daughter Annika and I decided to exercise by walking through the store.

Simon Nankervis, AEO vice-president for international franchising, and Anton San Diego, Tatler editor in chief, were glad to meet again, after an intimate dinner the night before at Ben’s home.

I’m blessed to have friends like Virgie and Ben. Their energy and enthusiasm are a great inspiration to me. Both are also very generous, always supportive of charitable projects.

We are already talking about my latest advocacy, Global Village Champions For One Billion Meals Against Hunger.

The Global Village Champions Foundation (GVCF) is a world leader in the humanitarian delivery of meals to starving people in disaster-hit areas around the globe. Their Asian goodwill ambassadors are boxing legend Manny Pacquiao, actor Cesar Montano and me. It’s lofty company to be with, but knocking out world hunger is a theme we are all serious to get involved with.

GVCF CEO Yank Barry told me they are planning to send two million meal packs to typhoon-stricken areas in Mindanao. These meals are Vita Pro soybean food products and have been distributed during other disasters, such as the earthquakes in Haiti and Japan, and the tsunami in Thailand and South Asia.

With Yank was former boxing heavyweight champion Evander Holyfield, who is GVCF global ambassador. They visited the worst-hit areas in Compostela Valley.

Among the contributors to GVCF are sponsors like Celine Dion, Michael Jordan, Bo Derek and others. Global Village Champions can be found on Facebook and Twitter.