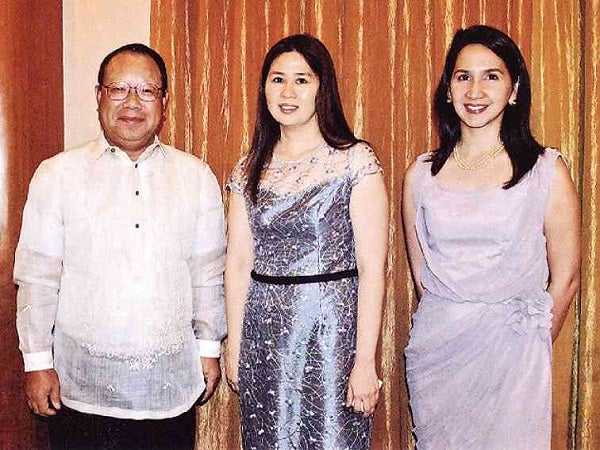 Consular Corps of the Philippines-Cebu chapter holds induction of officers

THE CONSULAR CORPS of the Philippines-Cebu chapter held an induction of officers and appreciation night at Salon Barcelona of the Casino Español de Cebu. Inducting officer and guest speaker was Ambassador Francisco Benedicto.

Outgoing chair Armi Lopez Garcia, honorary consul of the Russian Federation, gave a valedictory speech, thanking all for their cooperation during the two terms she served in the position.

A special guest was the Consul General of the United States of America Michael Schimmel, who came with the US’ consular agent John Domingo and Maria Tagalog.

Every two years, the Cebu Consular Corps holds a fundraiser to assist the Cebu Society for Crippled Children, in coordination with Adela Avila Kono. She helps obtain and assign wheelchairs to those who need them.

This year’s event will be a grand ball either in October or November. Emily being a Zontian, chances are the corps may team up with the two supremely active Zonta Clubs in Cebu. Zonta I is headed by Lucille Colina; Zonta II by Myrna Cruz.

A few days after the Consular Corps induction, Ambassador Francisco Benedicto hosted a farewell dinner in honor of departing Japanese Consul and Counselor Yoshiaki Hata and his wife Setsuko. It was an epicurean Chinese lauriat at the Choi City restaurant.

The dinner also served as a despedida for Antony and Moya Jackson who will soon leave Cebu and retire in England. They promise to be back every year to visit, and for Tony to play golf. They came in 1961 for what would have been a six-month stint, and they’ve been here for 53 years.

This was a good opportunity to meet the new consul of Japan in Cebu, Shoji Otake. He speaks perfect French, having been assigned to French-speaking countries for the past 16 years. There’s an Alliance Française in Cebu, he was told, with a very good French restaurant in its premises, La Maison Rose.

Ambassador Benedicto’s guests included his children Sam and Emily Chioson, Kenneth and Lilian Huan, as well as Masaki Hirasawa of the Japanese Consulate; and Angel Espiritu Sr., formerly with the DFA office in Cebu, and now consultant for foreign affairs at the Cebu City mayor’s office.

“Gigugma nako ang Cebu,” Consul Hata told Ambassador Benedicto, using the local words to say how much he loves Cebu. He reiterated that three nights later, on March 21, during the diplomatic reception held at the Marco Polo Plaza Hotel.

This was an occasion for him to say farewell to his Cebuano friends and to officially introduce Shoji Otake as his successor. From the Embassy of Japan in Manila had come Minister Keizo Takenawa.

“When I will be in Japan, I will always be proud of Cebu and hopefully continue to be the bridge in building good relations between Cebu and Japan,” Consul Hata told Cebu City Mayor Michael Rama, who led the prominent personalities present.

Consul Hata’s tour of duty in Cebu may have been just two years but they were most intense. For one thing, there has been a 30-percent increase in Japanese tourist arrivals to Cebu. Quite a number of them come to study English.

One of Consul Hata’s signal accomplishments was the first Japan Festival held in Cebu last August 2012. “It was a big success because of the cooperative spirit of Cebuanos and Japanese alike,” said Consul Hata.

Aside from that, he facilitated enhanced business relations between Japan and Cebu, initiated a sports exchange program, and through the Japanese Government Grassroot Program gave assistance and financial aid to human development projects.

With a touch of nostalgia, Consul Hata said, “I am very thankful for being able to build friendship and good relations. I bring happy memories when I go back to Japan. I will not forget the warmth of the Cebuanos and their hospitality.”

“Balik-balik,” he has been told, which is the Cebuano enticement to return.