The devil in the machine | Lifestyle.INQ ❮ ❯ 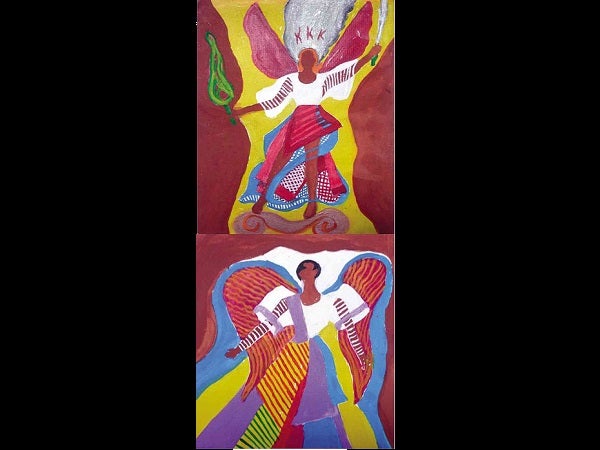 The devil in the machine

When our first computer was delivered, courtesy of the master of the house, I regarded it with great suspicion. I was then very much into Rudolf Steiner’s anthroposophy, which regarded machines as the symbol of materialism that can engulf the world we know.

I wasn’t very wrong. In my old world it began with television. First with the black-and white invasion, but especially when it became colored. Our children quickly got addicted to it.

Wherever we were, it became imperative to rush home for Cartoon Time (then 6 p.m.) or be considered cruel and inhuman parents. Even then I already wondered if it wasn’t really a case of machines controlling man.

What were once only conveniences soon became necessities.

Conditioners and escalators, in the house from rice cooker to “remotes,” to cordless phones, to microwave, to bottled water.

Cell phones became an indispensable lifeline, never away from one’s body. Available 24/7, it has destroyed sleeping patterns of both the working and the idle. Night could become day and day night and you can sleep day or night or just next week.

In Steiner, I got acquainted with the two devils—Ahriman and Lucifer. They are polarities, yin and yang of the same dark force. Of the two, it is Ahriman who is more frightening, the true Satan.

Cold and dry and abstract, Ahriman inspires man to commit acts with great objectivity. In terroristic attacks and thrill killings, the victims are faceless.

Whoever has the technology wins the war. With the press of a button, a whole mountainside, or a village, for that matter, can be decimated from thousands of miles away. On a more familiar plane, children today (and adults, too) watch the most brutal scenes without flinching. And yet TV and computer both started out as tools of progress.

Lucifer is the demon prince who takes the guise of an angel of light. In Christian religions, he is the prideful rebel who attempted to usurp the throne of God. It is Lucifer who tempted Eve to eat of the forbidden fruit.

Lucifer encourages self-indulgence, blindness, exaggeration. He does not like restrictions and always chooses the easy way out. Dreamy people do not have both feet on the ground. Yet Lucifer is also a red-hot devil who can excite such pride and lust as to stab a rival in the heat of passion.

Ahrimanics are interested in money. They are experts at creating waste. You are just paying for the purchase of the latest computer and someone in Japan has already made it obsolete. Ahrimanics are producers of endless waste that they have no idea how to get rid of. Where do the zillions of plastic cases of ballpens go, not to mention, of obsolete TVs, computers, air-conditioners, refrigerators, cars, all of them “necessities.”

Different gifts are given to different civilizations, explained an anthroposophy teacher. Westerners have an aptitude for structure and systems. Their trains always run on time. However they could do with a little more soul and a little less Holocaust. The Philippines is all heart but little system. Behold the forever snarled luciferic traffic that tolerates every infraction. We create rules only to break them and then we create more rules.

Not technique freaks, Filipinos are masters at improvisation such as the jeepney and most things in his life are. He can find a hundred uses for a styropore box or a discarded tarpaulin. Filipinos are full of enthusiasm but often lose in the carry-out. We cannot stick to a manufacturing design necessary for export. (We always have to add a petal or two!). We have many “originals,” but are happy-go-lucky and lose them to shrewd ahrimanic capitalists.

Luciferic Filipinos are helpful, sharing, loving, full of instinctive hospitality till it hurts. But we think nothing of leaving children in the permanent care of an aging mother living in the province. The true ahrimanics refuse to be under anyone’s control. They’d rather be by themselves, way beyond their 80s. Fully in contrast, a 30-year-old bachelor in the Philippines could still be living with, as well as on, his parents.

According to Rudolf Steiner, the arhimanic forces play themselves out in science, luciferic forces in religion. Both forces are necessary for man to learn balance. The day-dreaming person can teach himself to “get real.” In ahrimanic cultures, it is the enlightened ones from the same ranks who can find the way out.

Ahriman today is by far the more threatening of the two devils. We see what inroads he has already made on civilization. He counts progress by the number of malls and casinos a country puts up in a year rather than by the quality of life of its citizens. Even in the Philippines, 76 percent of the country is controlled by a few families.

To go back to the machine. A friend commented on how the Internet had become such a conversation damper in any gathering with younger people. On her recent visit to Taiwan, she said, she witnessed how two women had come into a room and sat on opposite ends of a long table. They silently opened their laptops.

Good morning, Toshi-san typed one. Good morning Shoko-san, typed the other. Where did you come from? typed the first one. There’s a sale in the supermarket in the next block, typed back the other. Did you buy anything? and so on and so on. And not once did they approach one another to talk.

Kids are getting more and more addicted to machines and nobody knows how to stop it. How long before there will be no need for personal interaction? For future generations to become a faceless, silent, kingdom?

We can only be very afraid.