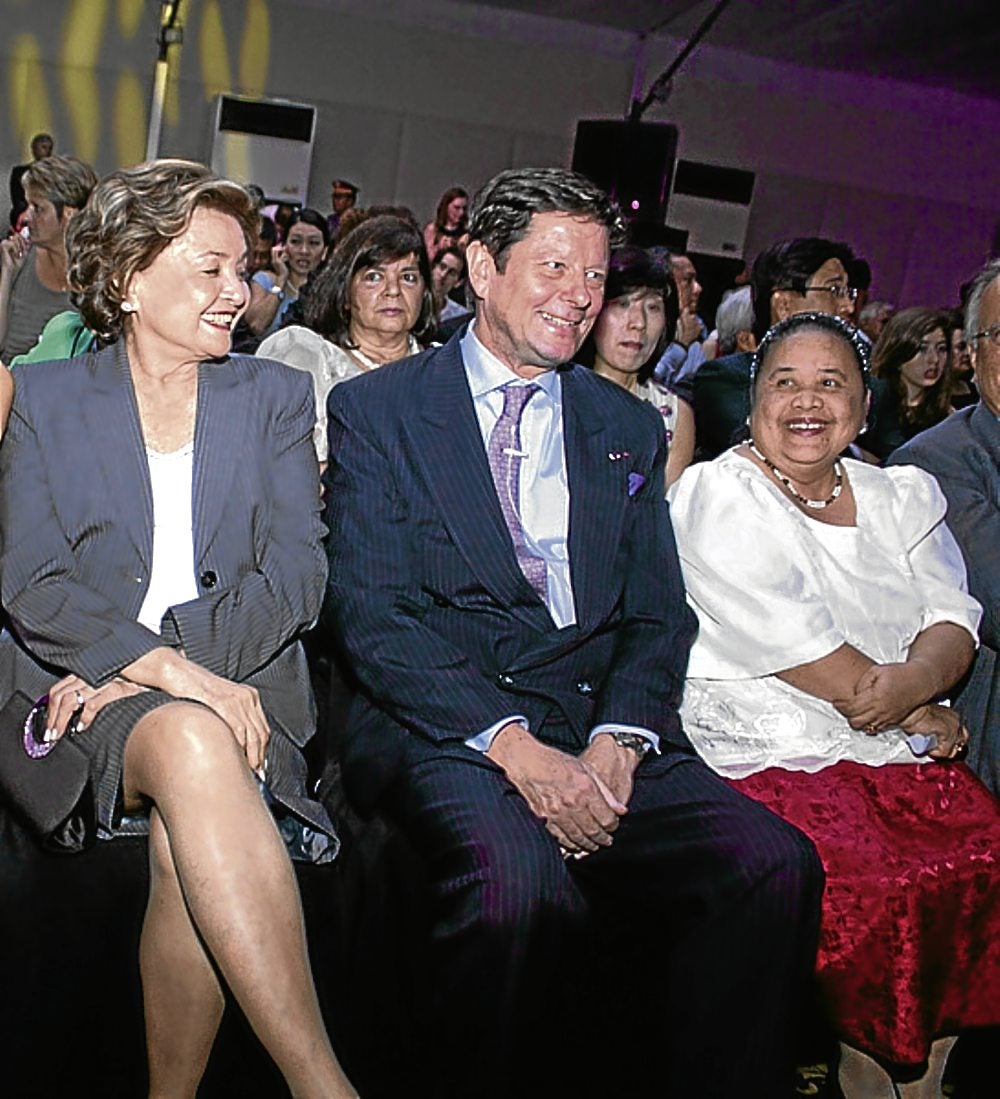 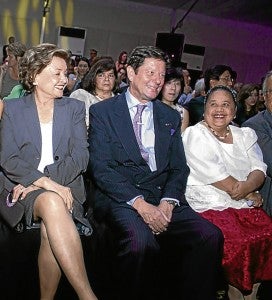 Now Gallery opened its doors recently with a joint exhibit of works by Rock Drilon, Norberto “Lito” Carating and Nestor Olarte Vinluan, all artists who have been at the forefront of Philippine abstract expressionism and who were under the tutelage of the late José Joya at the University of the Philippines College of Fine Arts in the 1970s.

Reyno is one our town’s most prominent art collectors. He said he’s proud to present Now as the newest home of Filipino contemporary art along the “gallery row” at Pasong Tamo Extension, Makati.

“Our space is designed to exhibit the breadth of mediums of art: from painting, sculpture, photography to video, installation, digital art, performance and new media,” said Reyno in his welcome remarks. “We favor Filipino artists with a global outlook. We will also take a look at fresh talent, and the next generation of artists, and those we believe have been overlooked, young and old.”

Now Gallery said the exhibit has the support of the Bank of Singapore and Manila Jockey Club. 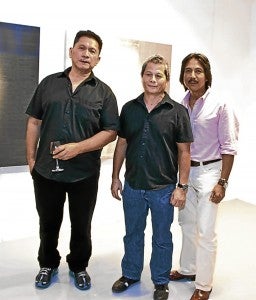 Seventh High has launched “Flash Thursdays,” a night devoted to the gay community, according to the owners.

Après a week, a grand launch was hosted by Shahani Gania, stylist to the stars. It was a night fit for queens!

All dolled up in the most glamorous evening gowns, some of Manille’s top gay names in the fashion and society dared to take on their “alter personas,” dahlings.

Easily the centers of attention during that night were such guests as handsome Victor Basa, Cherrie Gil, Pam Quinones, Charlene Gonzales and Tuesday Vargas.

The queens of the night who wowed the audience with their poise and high slits were Jigs Mayuga, Jake Galvez, Niccolo Cosme and Dennis Torrepalma who won Best in Evening Gown.

The special weekly night has become the talk of the town, where boys don sequins and gals wear suits. It perfectly embodies unadulterated fun!

Seventh High is open to birthday and other celebrations. Call 0917-5852161 or e-mail [email protected]

French Ambassador Thierry Borja de Mozota surprised everyone by delivering his welcome speech entirely in Tagalog, without any kodigo or written notes. He received thunderous applause and “bravos” from the 600 invitees.

Finally there was a grand display of kaleidoscope fireworks outside Harbor Garden Tent. Then the tons of invitees went on a wild roll on the dance floor. So typical French n’est ces pas mon cheri.