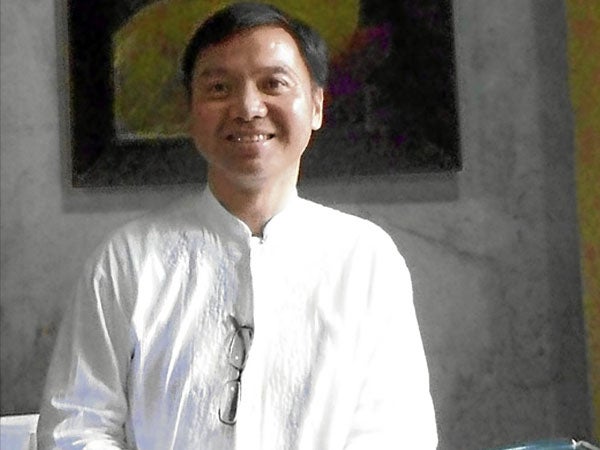 Choosing our costumes proved to be a giddy exercise. There were giggles as the ladies changed into baro’t saya and the gentlemen into period barong, meaning 19th century. And then it was time to be in front of the camera. We posed with a scenery backdrop and some props and everyone was transported back in time.

That was just one of the adventures on a recent tour of Taal, Batangas. And we were at Villa Tortuga, one of the heritage houses transformed by Lito Perez into a destination.

Perez seems to make it his mission to rehabilitate any house in a town and then make it a tourist stop. In Vigan, Ilocos Sur, it’s the Arce Mansion. He’s slated to open another one in Sairaya, Quezon.

He also has a costume-rental shop, Camp Suki, hence the availability of period clothes for tourists to don and have their souvenirs in sepia.

Throughout the day, we visited several of the houses that I had been to years ago on a research trip to document Batangas cooking and to find a venue for photographing those for a

book. They didn’t look then the way they do now.

I’m happy to report that several Taal homes are back to their old glory days with their shiny wooden floors made of wide planks, walls decorated in colorful paintings, carved frames on doorways and the house treasures on display.

Our tour path took us to the Marcella Agoncillo Museum, Galleria Taal with its vintage camera museum, and the two houses of the Marella and Villavicencio families, the latter a wedding gift to Gliceria Marella by her husband, Eulalio Villavicencio.

We had begun the Taal tour at the Basilica. On my first visit, my guide then, Dindo Montenegro, was seething about the removal of the ceiling canvas by the former parish priest. Today the ceiling has been restored but only painted on the wooden ceiling.

Lito Perez was surprised to learn that the original ceiling was covered in canvas and I told him I had seen it rolled up in one corner of baptistery. I hope somebody knows where it is now.

Part of Perez’s tour is lunch at Villa Tortuga. With or without the costumes, you can have your fill of Batangas cookery. The chicken adobo sa dilaw (braised in turmeric) was given a last dollop of vanilla ice cream, Perez said, for an extra creamy sauce. There was sinaing na tulingan, small tuna pressed in salt and slowly cooked on a bed of dried kamias.

Soup was tinola with malunggay leaves and two vegetable dishes, one with okra and the other with mushrooms, both delightful additions. With our tea and coffee, dessert was served, an all-yolk leche flan, sinful and spine-tingling.

A few weeks after the tour, I was back in Batangas City to judge a culinary competition, an event of SM that had the local cooks vying for the best version of caldereta and a coffee-based dessert. Corazon Alvina who heads the project has been going around the country conducting these competitions and interviewing the local cooks, documenting their recipes in video shown before the awarding ceremonies.

Dindo Montenegro in his Batangueño punto (accent) and a vocabulary a Tagalog might consider too deep to understand was a delight to hear once more as he annotated the competition. But it was the display of traditional cooking at the awards site that reminded me of that first visit to Taal where Dindo’s mother, Ka Ely, cooked the dishes that introduced me to Batangas cuisine.

Now that his mother is gone, his sister, Mayette, and nieces, Paula and Vangie, continue the cooking tradition. And so Dindo led me to the adobong dilaw and the taghilaw, pork innards thinly sliced then cooked in vinegar, equivalent to the bopis of the Central Plains. Remember the tinindag?, asked Dindo. How could I forget the Batangas barbecue that includes pork parts of meat, ears, heart and spleen made red with achuete. Next thing I knew, I was eating the tender pieces packed with so much flavor.

I had written then that the apt descriptions for Batangas cooking should be “simple and straightforward.” That hasn’t changed.