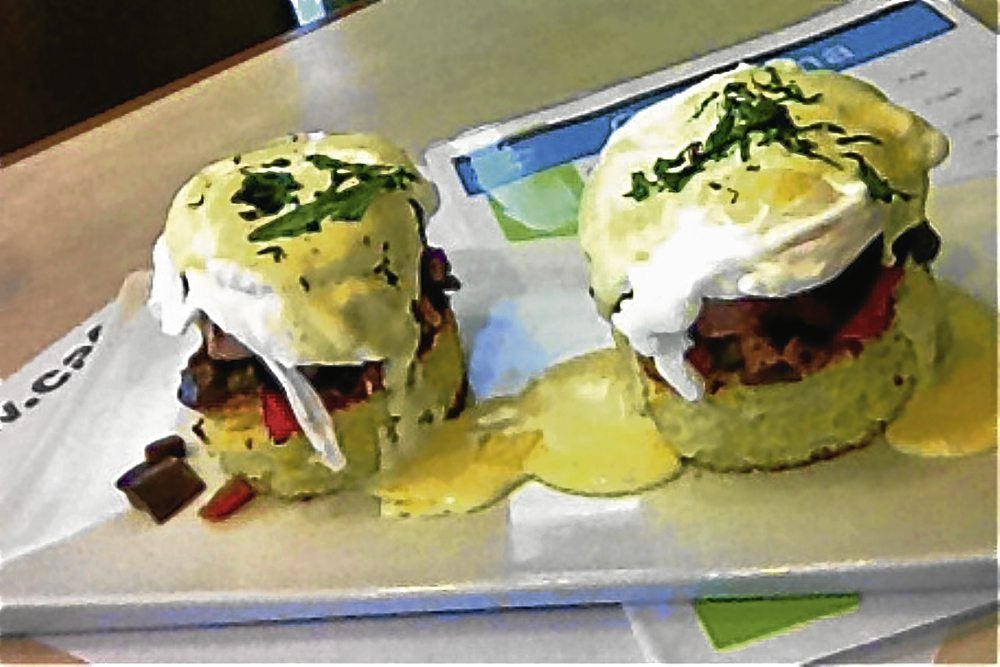 Bacolod as a culinary haven 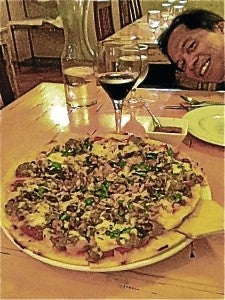 We were in Cagayan de Oro judging the Kumbira competitions on a Thursday when I got a frantic call from the Kangen Water office in Manila. The guy who was to deliver the water demo in Bacolod had met an accident. A tree had fallen on him! To make the long story short, the water-machine people wanted me to take his place. For what this water machine has done for my health, I could not let this opportunity pass.

I left right after the competitions on Friday evening, headed for Manila, and was scheduled to leave for Bacolod the following morning. Hectic, but exciting!

I was excited to share the good news about this water and how it would work wonders for many with health and skin issues such as aetopic dermatitis, psoriasis, acid reflux, diabetes, gout, high cholesterol, uric acid, even cancer and all acid-related diseases.

And the whole reason I got involved in this is precisely because I love to eat. Apart from being health-conscious and willing to try anything that will be good for my health, I cannot avoid many of the kinds of food I come across. I need something to neutralize it.

I was also excited because I always associate good food with Bacolod.

As soon as we landed, we headed for this impressive hotel called L’Fisher.  From there, we took a cab to a seafood restaurant right behind where you point and they cook. What a letdown. The Sinigang na Ulo ng Lapulapu didn’t taste like the name at all. Other dishes were okay but far from satisfying. The demo at 2 p.m. was attended by about 50 health-conscious people. There were many questions. There was a buffet setup but I refused to eat, saving my appetite for a dinner that I was invited to by a longtime friend and fellow shooter, Mike Hinojales, and his son Stephen.

That meal was what I had longed to have in Bacolod. It was Bacolod chicken inasal with the local vinegar or sinamak and soy sauce, garlic rice, liver and their local kangkong version.

I was so impressed with Mike’s cooking until he admitted having the dishes picked up from Chicken House. Delicious!

From Mike’s, my wife and I went to an Italian restaurant across the hotel owned and run by New York-educated chef Jomi Gaston. We ordered pizza with some red wine. The pizza was awesome. The crust was perfect. Thin, crunchy and chewy.

I prefer my pizzas without too much wet ingredients for it makes it soggy and ruins the texture of the crust.

We had the four cheeses, or Bianca’s.

Trattoria Uma is a fine-dining Italian restaurant with huge portions and superb cuisine. Don’t know if all the locals realize what a gem they have in their city. 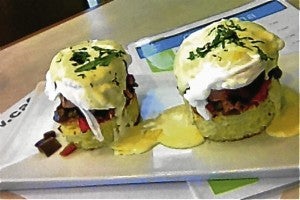 The next day, we went to Café Uma. I had an Eggs Benedict. This was a dish of pouched eggs on a slice of thick ham sitting on a French Brioche and topped with Bearnaise sauce.

I was looking at other tables and saw that the portions are large enough to share with three people. Fantastic experience.

Unfortunately, I only have one tummy to fill up. I most certainly will go back to this culinary haven. I want to try the various versions of the inasal at the open-air place where they say one experiences true Bacolod life, complete with ambiance.