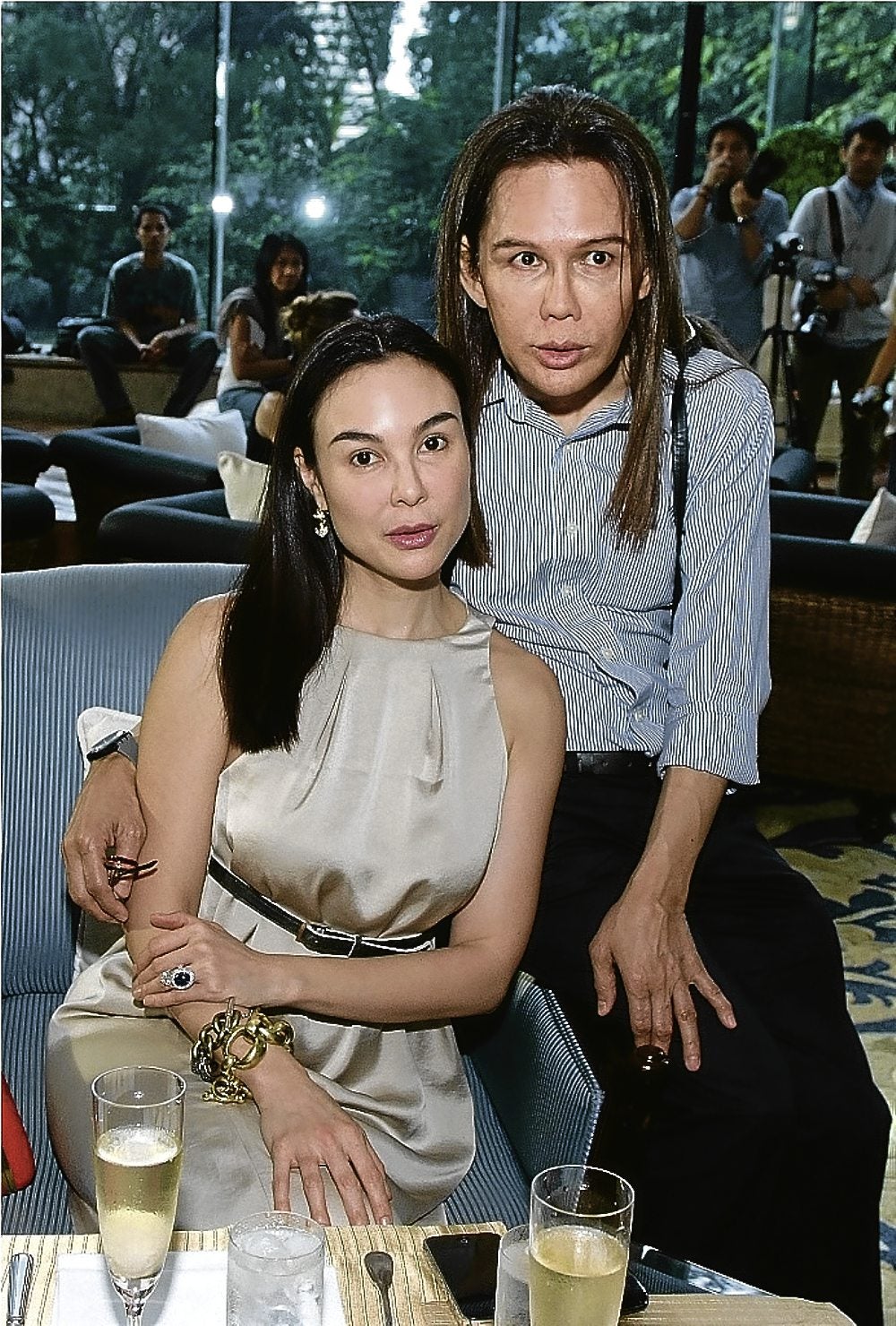 Nene said the party she was hosting for Singson “is just a small way of [acknowledging he’s] such a great friend.”

Leonor also tendered the party in honor of good friend Ambassador Lhuillier, who came with his wife Edna.

It was also her way to inaugurate her presidency of the Friends for Cultural Concerns of the Philippines (FCCP), and getting her friends to support the arts and culture.

As expected, Nene’s dinner-happening was totally supervised at her own renowned family kitchen home, with exquisite wine pouring endlessly for the invitees, dahlings.

Singson tendered his own grand birthday bash at his own sprawling Baluarte  enclave in Vigan, marking another year of his awesome, exceptionally exciting life.

Later, his grateful pals from the so-called “Bohol Gang”  pooled resources to host a “slam-bang” birthday party for their friend and benefactor, naturellement.

The party was coordinated by Chavit Singson stalwarts Donnie Ramirez and Fe Dixon natch, assisted by Dean Decker, all recipients of the governor’s fabled generosity,

Luxury resort owners in Bohol, Hans and Lani Schoof, offered their European-designed home in suburban Muntinlupa as the party place. Food was served by caterer extraordinaire Millie Reyes of The Plaza.

Music from the best musical talents filled the School estate. The perfect finale of this magical happening was  ballroom dancing, but what else, ’di bala?

Chavit Singson dismissed another year of growing old: “It’s only a number.”

That popular afternoon happening at the lobby of Shangri-La Makati is Fashion Watch, which is now showing Spring-Summer 2012 collections.

pastel shades. He also drew from his menswear roots and presented eight looks.  He accentuated his pieces with elaborate jewelry from Gladys Young and shoes by Monica Figueroa.

James Reyes’ collection was an explosion of colors. With his battle cry, “New Wave Forever,” he presented what he called “summer brights: big, bright, vibrant colors.” He drew inspiration from the graphic illustrations of Patrick Nagel and Robert Palmer to provide an ’80s vibe in his collection,  twisting the T-shirt around.

Reyes combined shapes like squares and rectangles, and used bright and clashing colors, for that easy, loose, wrinkle-free and easy-to-wear feel.

He put black-and-white accents—buttons and head pieces—to provide contrast, and the Tatiana clutch from Janina Dizon-Hoschka, which he showed in the runway.

Joel Escober  continued his fascination with clean and classic feminine aesthetics, always a hit  with celebrities and other clients. For the past eight seasons, he has been showing a mix of his prêt-á-porter and couture collections.

Jojie Lloren showed off  timeless très chic pieces he created.  This renowned designer has been continuously blooming since he won the Young Designer Guild Philippine Young Designers Competition and the Concours International des Jeunes Createurs de Mode in Paris, both in 1998.

Currently, Jojie has become the designer for Rustan’s Jill and Luna brands, and for various labels like L’labaca Inc. and Honeytree Apparel.

He also teaches at the School of Fashion and Arts. “I give my best and share my blessings through the designs and the mentoring that I do,” he said.

Mandarin Oriental Manila’s Paseo Uno was buzzing when loads of our town’s foodies and “Southerners” trooped there for the awesome Ilonggo Food Festival.

They particularly relished the popular diwal and other seafood from the Visayan seas, such as the famous Roxas scallops; Antique oysters; Centennial clams brought in by Iloilo’s culinary ambassador, chef Pauline Gorriceta-Banusing, daughter of the late Mayor Felix Gorriceta Jr. of Pavia, and a successful restaurateur belonging to the third generation of the prominent Sarabia-Gorriceta clan.

Mandarin’s well-loved GM Mark Bradford gathered prominent Ilonggos for the opening lunch, led by one of Iloilo’s foremost couples, Albertito and Emily Lopez, who are rarely seen in social happenings but made the event an exception. They came with their son, eligible bachelor Tito Lopez.

“Diwal-icious Visayas, Bounties of the Sea,” by chef Pauline, ends this Sunday, September 25, so catch it while you can, palanggas.