Don’t demand the impossible from your glutathione treatments 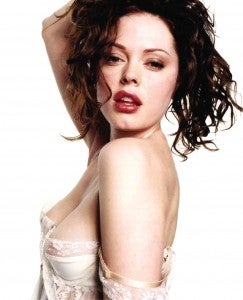 Three to five years after injecting glutathione monthly, after using skin-whitening products and ingesting whitening pills, women have been coming to me in distress. They complain they’re still not as white as they want to be and that they feel cheated.

Never mind that they went three foundation shades lighter than their original shade. They just expected so much more!

They start blurting out names such as Rose McGowan, Winona Ryder and Dita Von Teese as their goal shade.

Sad to say no amount of glutathione will give you Caucasian-white skin. McGowan is a natural-born redhead while Ryder and Von Teese are natural blondes who dye their hair near black.

Glutathione will only start lightening your skin once your liver has had its fill, so only the spillover will start the side effect of whitening.

Even then you will only be as white as the day you were born or, for some people, up to two shades lighter. The lighter your skin was when you were born, the closer to white you will become.

How do celebrities who started out on the dark side become so white that they could compare with Shalani and Lucy?

Body peeling! This involves taking off layers and layers of skin until the lightest possible shade that is untouched by the sun so melanin is not yet triggered to emerge and darken it.

That layer of skin will then be doused in whitening liquids and creams to inhibit melanin production and turn brown pigment to white.

Before I was trying to conceive I was able to try the procedure at the now-defunct Philosophy Salon. The most affordable place I was able to scout of late is Mariko Tokyo. Its Pure White medical peeling is the most reasonably priced one I have stumbled into so far at P19,880 (others range from P60,000-P250,000 for a cycle of full-body intense whitening).

The medicines and procedures Mariko Tokyo uses are approved by Japan’s food and drug agency, which is even stricter than that in the US. One of the owners is a Filipina who is married to a Japanese and is very careful about safety controls and potency standards.

Mariko’s requires dedication as you will have to go to the clinic every day for 10 days straight so the clinic can administer the whitening/peeling solution evenly on every inch of you.

You also cannot wet the treated areas of the body for the 10 days you’re being treated. You must wear gloves because hands are included in the treatment.

Expect to peel like a huge snake because skin comes off in big maps and falls on the floor or all over the bed while smaller flakes fly in the air so things can really get embarrassing.

I remember shedding all over the place with skin patches as big as eight inches in diameter coming from my back.

The 10 days you cannot bathe will not leave you smelly though as the liquids applied kill odor-causing bacteria.

Trust me, no strain of germs can survive that onslaught of bleaching medicine and peeling solution.

After the 10 days, you are given medicine to apply on yourself at home, first three times a day, then down to twice a day.

Results after about 40 days: Aside from the undeniably whiter-than-the-skin-you-were-born-with skin tone, your scars are erased; elbows and knees turn from grayish brown to pink; calluses on my toes and back of ankles fell off whole.

Make sure you do this at least two or three months earlier if you intend to have maximum best results for a major event like your wedding. That way any negative reactions or delayed results will be easily remedied.

Now you know the secret of those movie stars.

Where do the stars go?

Elvie’s is the pioneer of skin peeling; she started the treatment in the ’80s. Her clients are actors and socialites.

Belo does Immunocal, Glutathione injections with vitamin C, body scrub with bleach. Cathy Valencia is credited for obscure actress becoming a major sex symbol by transforming her light-olive skin to dazzling porcelain, landing her magazine covers and teleserye and a whole hoard of suitors.

Tip: Please use sunblock SPF 50 or above on exposed areas and reapply generously every three hours when indoors or two hours when outdoors.