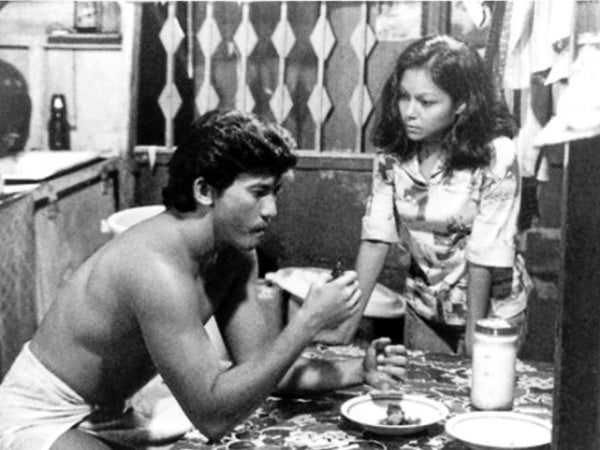 How does one pick a star’s best movies from a list of almost 200 titles?

The task is most difficult when a prolific and creative actress is involved, like Nora Aunor who has done countless worthy movies under several award-winning directors.

Admittedly, personal preference comes first, followed by the honors the films have reaped, and the impact they have made on the actress’ career and filmmaking in general.

2. “Minsa’y Isang Gamu-Gamo,” 1976, Lupita Concio. Another social drama set during more contemporary times. Stars Nora as a nurse who wants to migrate to the US. Best remembered for the defiant outburst, “My brother is not a pig!” occasioned by the shooting of Nora’s brother by an American soldier who claimed he had mistaken the boy for a boar.  The phrase has become iconic among Nora’s gay impersonators.

3. “Ikaw Ay Akin,” 1978, Ishmael Bernal. A refreshing change of role for the superstar, cast here as a smart and sophisticated horticulturist at odds with best friend and real-life rival Vilma Santos. Notable for its experimental and long closing shot of the two friends’ reunion, with only their eyes talking.

4. “Bona,” 1980, Lino Brocka. A quiet, “non-commercial” movie about a young showbiz fan   slavishly serving an aspiring movie hunk that treats her like dirt. Along with “Himala,” this movie is Nora’s claim to local and international fame.

5. “Himala,” 1982, Ishmael Bernal. Big themes, big moments, big crowds and a big cast characterize this exposé of the exploitation of faith and public gullibility.  Nora plays a young faith healer who draws huge crowds into her backwater town for the miracle of healing and transformation. Famous for that grandiloquent speech much quoted by her adoring impersonators: “Walang himala! Ang himala ay nasa ating puso.” The only Filipino film in CNN’s 10 best Asian films of all time. Also won the 1983 Bronze Hugo Prize at the Chicago Int’l filmfest.

6. “’Merika,” 1984, Gil Portes. Long before Lav Diaz probed into the Filipino diaspora in “Batang West Side,” Portes has shown through this movie how a professional OFW copes with loneliness, homesickness, and other rude awakenings. This small film is sensitive, insightful, and superbly-acted by the cast, especially the superstar.

8. “The Flor Contemplacion Story,” 1995, Joel Lamangan. Based on the real-life tragic tale of a Filipino DH hanged in Singapore for drowning her master’s child. Role seems tailor-made for Nora, who leads a large, star-studded cast helmed by the acclaimed actor’s director.