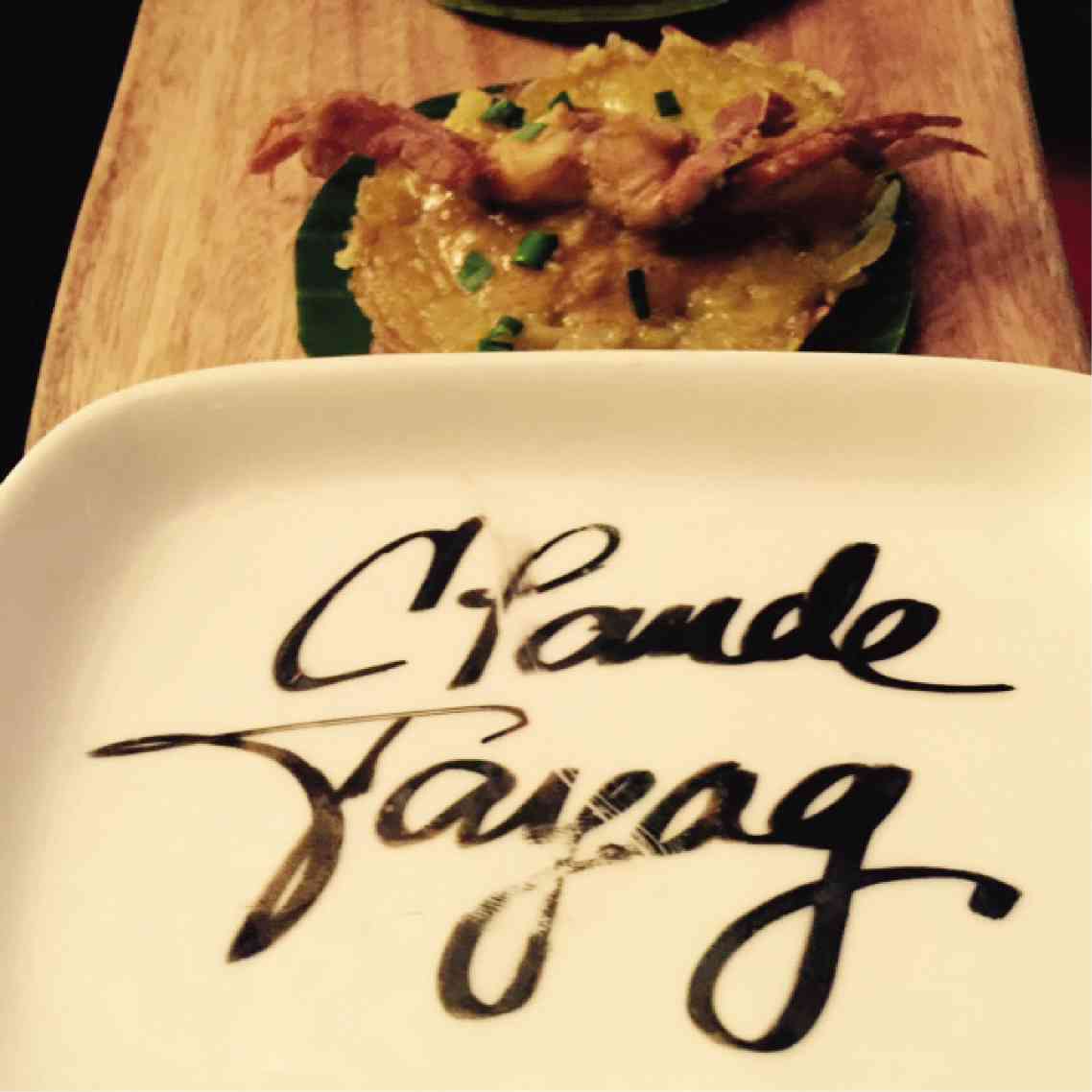 From SMX Convention Center in Pasay where the Spanish chefs participating in Madrid Fusión Manila (MFM)—the biggest culinary event in Asia and in the country—were introduced to the press, the next stop for us was Malacañang Palace in Manila.

It was the first social, so to speak, for speakers at the MFM congress, guests and the press. For the Spanish visitors, it was a fitting first look at a heritage site, built in 1750 by Juan Rocha as his summer house along the Pasig River, which then became the residence of the Spanish governor-general, the American governor, and finally the office of the Philippine President.

It was impressive to go up the steps and walk through the hall festooned with orchids of different colors. Elena Arzak, head chef with her father at their restaurant Arzak in San Sebastian, Spain, marveled at the flowers. She said her mother would be astounded and would have wanted to get cuttings to plant in her garden. Her mother has a green thumb, Arzak said.

Filipiniana was the dress code, and for those who followed it, the best of Philippine couture was displayed. Thankfully, the native formal wear is no longer just a costume.

Arzak wore a lady’s barong Tagalog. She showed the thin belt she wore with it, her own fashion statement to make it blousy rather than straight.

And because men will be men, the male chefs just wore theirs as is. One of them must not have realized that, at Palace receptions, a little more formality was expected. He wore his barong over denim pants. He was stopped at the entrance, but the gracious social secretary, Susan Reyes, let him in. It was a first-hand experience for visitors that hospitality knows no bounds in the Philippines.

When President Aquino entered the hall, it was time for the speeches. Tourism Secretary Ramon Jimenez, whose department undertook this ambitious project, introduced the MFM chair, José Carlos Capel, who thanked the Philippines for the warm reception on their first day in the country.

Mr. Aquino added to the festive mood of the State Room by relating how his only foray into the kitchen was to cook an instant soup that unfortunately burned. That probably made it easier for the whole troop of chefs and organizers to smile naturally for the cameras.

But what is a reception, especially for a food conference, without a feast? One side of the State Room was lined with tables for the buffet of Filipino cooking.

Margarita Fores took charge of the press conference and the SMX and the Malacañang receptions—certainly a feat considering that she was part of the organization and was to be a speaker at the MFM congress proper.

It may have been the first time for Spanish chefs to taste lumpiang ubod (coconut pith spring roll), chico sorbet, sinigang (sour broth), pastillas de leche wrapped in paper cuttings—all part of the lunch at the SMX presscon. At Malacañang, the lechon took centerstage, wafting of lemon grass used in the stuffing, eaten with bread or as is.

Someone placed in my hands a must-taste, Sunshine Pengson’s shortbread cookies that sandwiched a filling of coco jam mixed with jamon that made me wish I had more belly space.

Music, songs and talk reverberated through the State Room. The Bayanihan Troupe performed Spanish-inspired dances, our interpretation of flamenco steps complete with bamboo castanets. All of these were a clear example of “more fun in the Philippines,” as the Department of Tourism promo campaign goes.

The fun must have infected the President, as he went into the hall again to partake of the food. Nothing like the head of state showing his guests that he likes the food he served at the Palace.

Of course, it was an occasion for his visitors to get their souvenir photos, while taking care not to disturb him as he made the rounds of the food tables.

Most guests, including the Spanish and Filipino chefs, wisely called it a night because they had to prepare for MFM proper the following day. But the party apparently went on as the President continued to reappear.

Some guests and organizers did their Malacañang sing-along numbers until about midnight. Others danced their hearts out.

While the Malacañang reception was rousing, it was also, in Elena Arzak’s words, muy refinado or very refined. She might as well have described the three days of MFM.