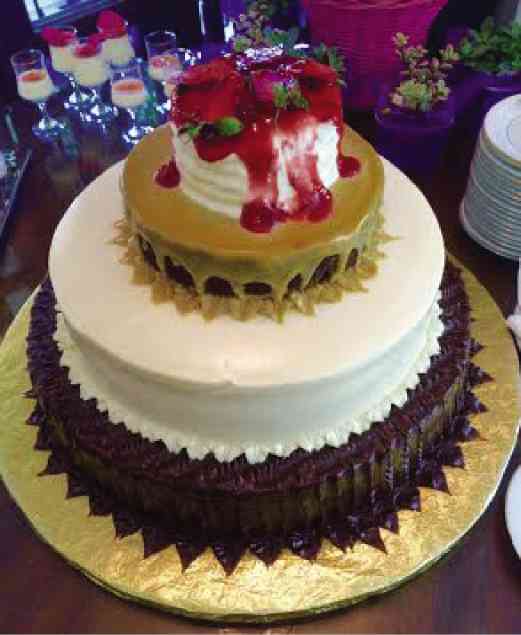 When Sofia Co threw an advance birthday party last Friday and invited her cooking classmates who were also her close friends, many things amused me.

The Freddy is slightly bigger than the largest microwave line and has eight functions: blast-chilling; shock-freezing (works perfectly with meat, but especially with raw fish and seafood); low-temperature cooking; bread “proofing”; reheating; defrosting with almost no loss of liquids; preserving food at a programmed temperature; and cooling bottles and canned beverages in minutes. It also has a button for self-cleaning.

Our menu for the occasion centered on the many functions of the Freddy.

We had an array of chilled appetizers, cold soup and salad; and for the main course, a slow-cooked slab of rib eye steak.

The preparation was made more convenient by the Zero Vacuum Sealer, also by Irinox.

There was another Irinox machine that I cannot seem to part with, the Wave Water Dispenser.

I have encountered many dispensers before but this is different; for some reason, the water that it dispenses always seems to be crisp, pristine and of perfect temperature. I am particularly in love with the cold sparkling water that refreshes on a very hot day!

The Wave can connect directly to the tap. It has a special water filter that claims to remove 99 percent of impurities. It is also said to improve the flavor and taste of water.

For the sparkling water function, Wave has an adjustable gas system.

Using the dispenser, we served sparkling apricot and peach water. We also spritzed some peach water on our fruity Guadalupe Sangria, which made it even fruitier, lighter and easier to drink.

While I loved playing with the equipment and the invitees enjoyed the dishes, we were all so amused by the cakes I ordered especially for Sofia.

Aside from the quail eggs that were absent, I also wanted Emily to add an auspicious Chinese character.

She reassured me that she knew what I wanted and that she would take care of it. And she did.

The carrot-walnut-flavored cake stole the show and best represented our wishes for Sofia, the long strands of noodles on the cake and the Chinese character symbolizing long life.

The cake was so artistically crafted that those who saw it debated whether the noodles were made of fondant or were real dried noodles. It was a feast for the eyes.

The celebrator was so in awe of it that she brought the cake home to keep until Monday, her real birthday.

Four cakes in one

I quickly whipped a panna cotta of Greek yogurt and rose petal preserves, and popped that in the Freddy—it was ready to eat in 10 minutes.

But I also wanted to enjoy the rest of the party and opted instead to order our dessert.

It turned out fabulous—chocolate ganache topped with red velvet, topped with sticky toffee pudding, capped with strawberry cake. Pretty to look at and equally delicious!

First, I rubbed the collars with salt and lemon as they were slimy out of the bag. Then I washed them, wiped them dry, marinated them in rock salt and kept them in the refrigerator for 2-3 hours before grilling over charcoal.

It was delicious! It was enjoyable to eat the collars with a wedge of lemon and freshly grated daikon.

Sugar syrup to taste. Combine and mix well. Pour in a serving glass. Serve immediately with a sprig of mint. Mix fruit flavors, if you wish.