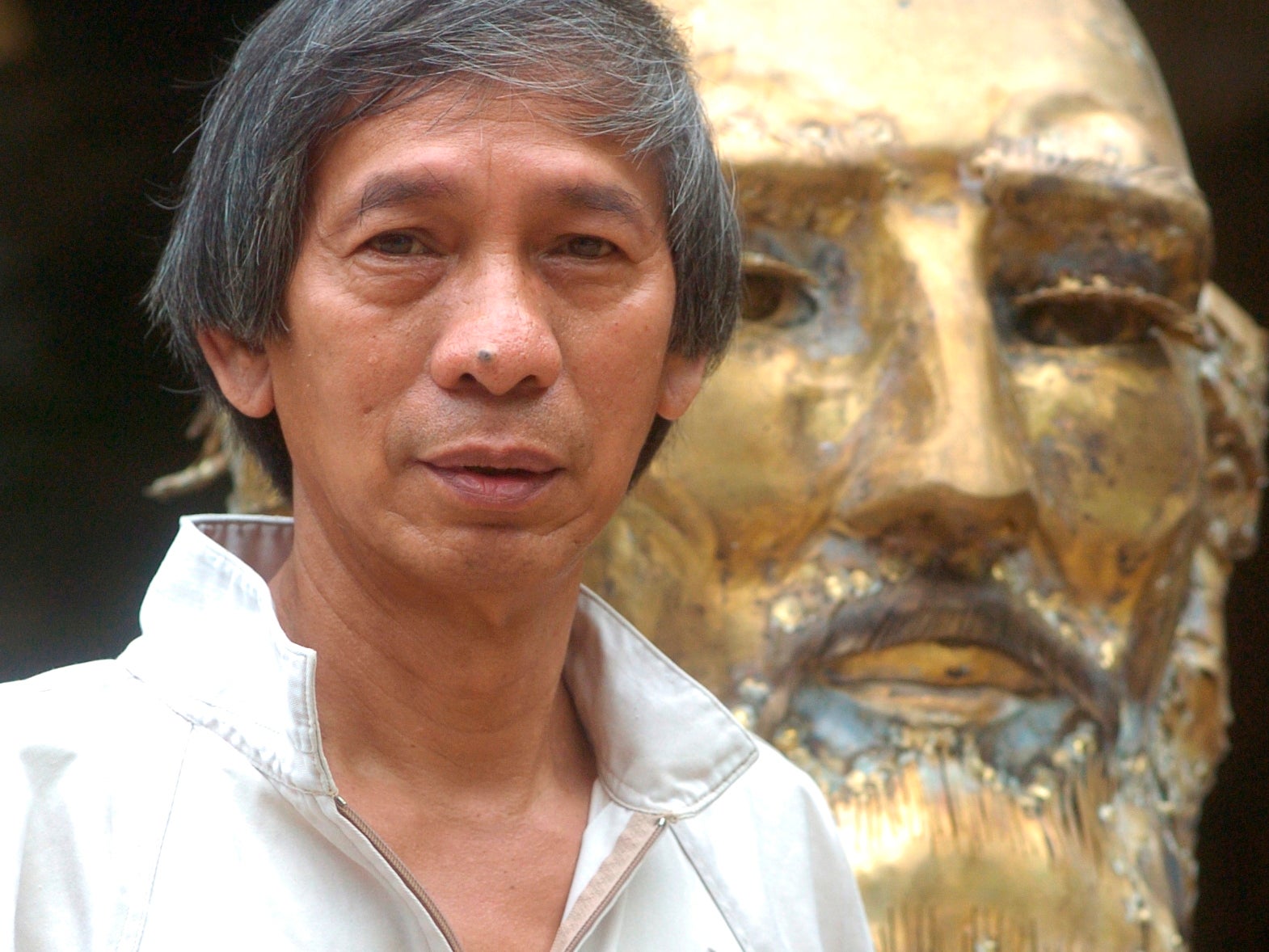 Top sculptor Eduardo Castrillo has passed away on May 18. He was 73.

Writer-artist Jeannie Javellosa told Inquirer Lifestyle that the sculptor died of cancer Wednesday at 10:45 a.m. at the Asian Hospital in Muntinlupa.

Javellosa said the wake would be in Castrillo’s studio in Molino, Cavite “though they (Castrillo’s family and staff) are still fixing things.”

Castrillo, who worked mainly in brass and metal, created familiar public landmarks such as the “Pieta” at Loyola Memorial Park in Parañaque; People Power Monument on Edsa, Quezon City; Rajah Sulayman in Malate; Bonifacio and the Katipunan Revolution near City Hall in Manila; “Redemption” at Metrobank Plaza and “Spirit of Edsa” at RCBC Plaza in Makati; and the Cebu Heritage Monument.