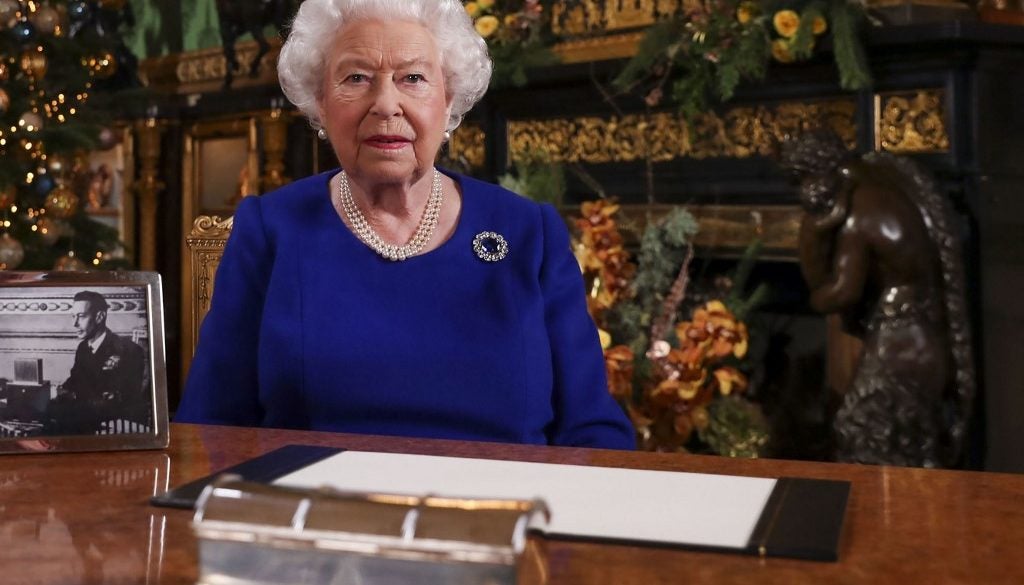 (FILES) In this file photo taken on December 23, 2019 shows Britain's Queen Elizabeth II posing for a photograph after she recorded her annual Christmas Day message in Windsor Castle, west of London. - Queen Elizabeth II will make a special broadcast this weekend to Britain and the Commonwealth on the coronavirus pandemic, Buckingham Palace said on Apri 3, 2020. "The televised address will be broadcast at 8pm (1900 GMT) on Sunday 5th April, 2020. The pre-recorded address was recorded at Windsor Castle," a statement said. (Photo by Steve Parsons / POOL / AFP)

Queen Elizabeth II will make a rare special broadcast this weekend to Britain and the Commonwealth on the coronavirus pandemic, Buckingham Palace said on Friday.

“The televised address will be broadcast at 8pm (1900 GMT) on Sunday 5th April, 2020. The address was recorded at Windsor Castle,” a statement said.

The queen, 93, has made only three other special addresses during national crises in her 68-year reign and comes as Britain saw record day-on-day deaths in the last three days.

A total of 38,168 people have tested positive as of 0800 GMT on Friday, including her eldest son and heir Prince Charles, and Prime Minister Boris Johnson.

As of 1600 GMT on Thursday, deaths of confirmed hospital cases of the virus was 3,605 — 684 more than in the previous 24-hour period, according to the government.

The queen and her 98-year-old husband Prince Philip moved to Windsor Castle on March 19 as a precaution but royal officials have said they were in “good health”.

She released a statement on the same day, calling on everyone to play their part in tackling the virus, recalling previous community efforts at times of national crisis.

Since then, confirmed cases and deaths from COVID-19 have increased and the government on March 23 imposed a three-week nationwide lockdown.

A recorded message from the head of state is broadcast on Christmas Day every year but special addresses are rare. Her last was after her mother’s death in 2002.

She also delivered a message live to the nation before the funeral of Diana, princess of Wales, in 1997, amid criticism of senior royals for sticking to protocol.

In February 1991, she gave a brief televised address during the first Gulf War just as the allied offensive began against Iraqi forces occupying Kuwait.

Government officials drew up a script in 1983 for the queen to read during the Cold War if Britain faced annihilation from Soviet nuclear weapons.

The speech was never recorded but national archives showed she would have urged “her brave country” to stand firm against “the madness of war”.