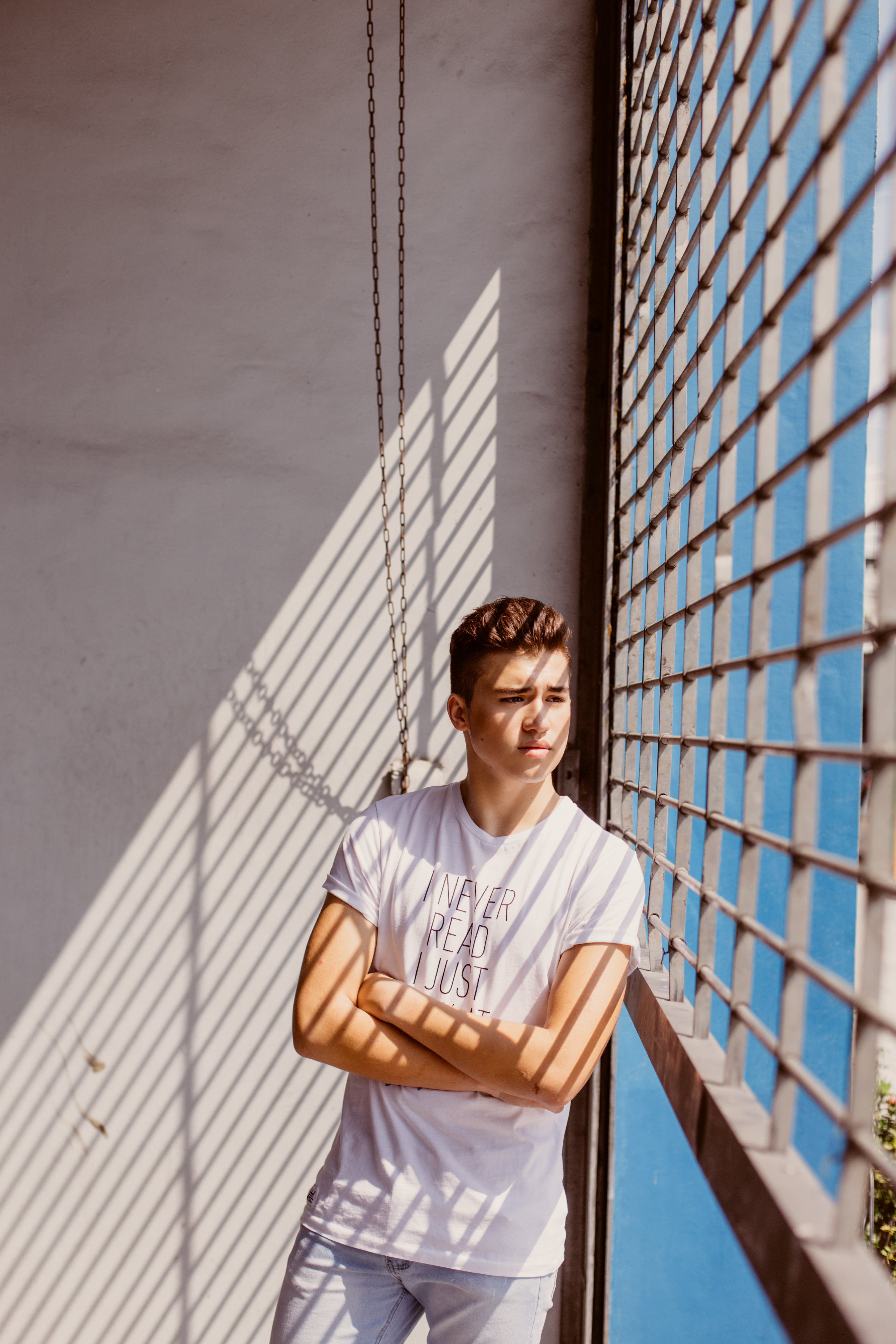 FILIPINO-BRITISH Mark Paul Robert Paterson or Markus is only 17 but he’s able to juggle his time as a college student at Enderun, football player with the Kaya FC Elite and fashion model.

Markus—the only child of former British Air Force pilot George Trevor Paterson and Pangasinan entrepreneur Norma Mario Paterson—was born and raised in England. He was in fifth grade when he moved to Manila
and enrolled at Reedley International School.

Just when he had started learning to speak Tagalog, he was sent back to England; but he returned to the Philippines where he’s currently taking up Hospitality Management at Enderun Colleges.

He described himself as “makulit,” full of energy in his growing-up years and passionate with playing football. One of his favorite childhood memories was his dad coming back from a trip abroad and giving him pasalubong such as football T-shirts and toys.

His first ambition was to become a pilot, just like his dad; till now he still dreams about taking an aviation course.

He said that moving back to the Philippines has been a great turning point—reconnecting with old friends and getting serious with football.

Markus sat down for a chat with Inquirer ToBeYou.

What is your fashion style?

I love black shirts, black jeans, black jackets. I like casual clothes as well as suits—any color as long as it’s a suit.

What makes you happy?

What are your hobbies?

I enjoy modeling as a hobby. I also write short stories and stuff in my free time.

How do you see yourself 5 to 10 years from now?

In five years, God willing, I’ll be earning money to help my parents; in 10 years I can see myself getting ready for marriage or going to pilot school. I don’t really set many long-term goals because nothing in life is guaranteed except death.

What’s it like to play football for your school’s UAAP team as well as the Kaya Futbol Club?

Honestly it doesn’t really matter as long as I have a ball at my feet. I enjoy it because it keeps me fit.

What’s the difference between playing football in the Philippines and in the United Kingdom?

The quality of football is much better in England, but that’s because it has been an influential sport there for so long. In the Philippines it’s just starting to become popular again.
Hopefully it will really grow in the future.

If you were given the chance to spend the day with anyone in the world, who would it be and what would you do?

It would have to be UFC mixed martial artist Conor McGregor because he makes me laugh. Spending a day with him would be hilarious. He’s also filled with passion with what he does; that’s inspiring.

Put on the spot, which would you rather do—sing or dance, and why?

I would rather sing because I can’t dance. I’ve tried but I just look silly.

At your age, what do you look for in a girl?

For me a girl’s eyes and smile play a big part. The body is just a bonus, in my opinion. A girl who is outgoing but not high-maintenance, a girl who likes to have fun but is also responsible.

What advice can you give to young kids aspiring to play professional football?

If you have the passion, stick to it. In football, it’s important to be consistent.

My usual day is, after school in the day, I train at night for two hours. I don’t have a strict diet because I love food too much! But if I have to cut down, I usually stick to protein like red meat and eggs.

“Lost Little Boys” by Fatherson, an unknown band in England. I just love its music!