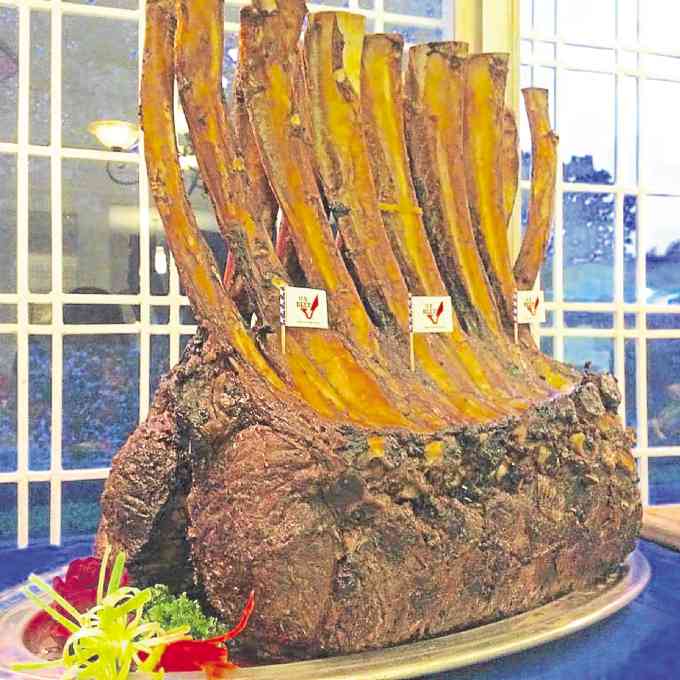 “The Great American Barbecue-Texas Style” trade reception hosted by US Chargé d’Affaires Michael S. Klecheski at his residence last Sept. 1 was a feast. The event featured renowned guest chef Jay McCarthy, who was born in New York, raised in Jamaica and educated in Texas.

The chef, who first worked as an aerospace engineer before discovering his true passion, brings his multicultural roots to the table. His personality resonates in his cuisine, which is vibrant and, like all things in Texas, huge in flavor, bold and big.

The well-traveled consultant for the Texas Beef Council, the Nebraska Beef Council and the US Meat Export Federation likes his food hearty, tasty and casually presented. At the reception, we savored a wide array of barbecued meats and other all-American favorites: Pork and Beef Sausages with Buns & Condiments, Barbecued Back Ribs, Roast Beef Brisket, Pork Loin with Barbecue Sauce, Salmon on Cedar Plank, Corn and Red Bean Salad, Corn on the Cob with Salted Maple Butter, BBQ Beans, Beef Chili Con Carne.

The scrumptious spread was paired with a variety of US wines and craft beers.

The highlight of the barbecue was the impressive Tomahawk Beef Ribs, which were soft, beefy and succulent. Few things compare to good meat cooked with the bone for that deep meaty flavor.

Chef McCarthy’s cooking is without pretense, but he does incorporate Texan flair with tropical flavors to showcase the availability, variety and applications of high-value US foods that are now, luckily, readily available for us to enjoy.

During the Thanksgiving party of the Philippine Culinary Cup held at the Marriot Hotel last Aug. 27, we had the most delicious rice meal.

With all the fun and laughter, we hardly had time to scrutinize what was in it; all we knew was that each spoonful brought us great comfort.

Chef Law’s Fried Rice with Seafood Sauce was neatly arranged on a paellera. The interactive experience began as you moved toward the server who, upon seeing you, started mixing the rice with all the other ingredients (I recall it had diced chicken, prawns, carrots and celery, to name a few). Once mixed, the rice is spooned to a bowl and finished with a good slathering of slightly thickened soy-based seafood sauce.

The rice was light and so easy to eat. It was seasoned to absolute perfection, such that I kept chasing after the taste. Each bite left me wanting for more. A bowl would go down so easily, which was why we all had one too many.

The dish, being on a pan so huge, made it also visually attractive. And the sight of the server putting it together before your very eyes made Chef Law’s Fried Rice my dish of choice that evening.

Next time you book an event at the Marriot, make sure to have this on your menu.

Jeffrey Co and his wife Jenny have long been Ulcing’s Lechon fans.

When they had me taste it, it was easy to tell why. The lechon was flavorful and well salted. The combination of the overly generous amounts of star anise, bay leaves and peppercorns contributed to its pristine taste, while the tanglad lent its wonderful aroma.

The aromatic stuffing permeated well through the meat, which could only be described as “falling-apart tender.” Ulcing’s is another lechon worth a try.

I have long switched to Tatung Rice cooker. I have them in different sizes. I have been happily using the cute three-cup rice model for our personal use.

Tatung technology cooks rice while steaming it. To generate steam, pour a half cup of water into the rice cooker before putting on the inner pot that actually contains the rice and the water. This process cooks the grains evenly and does not scorch or dry them out.

Tatung is my rice cooker of choice because it makes restaurant-quality rice all the time. The three-cup model is so cute and compact. It is a perfect gift for Christmas.