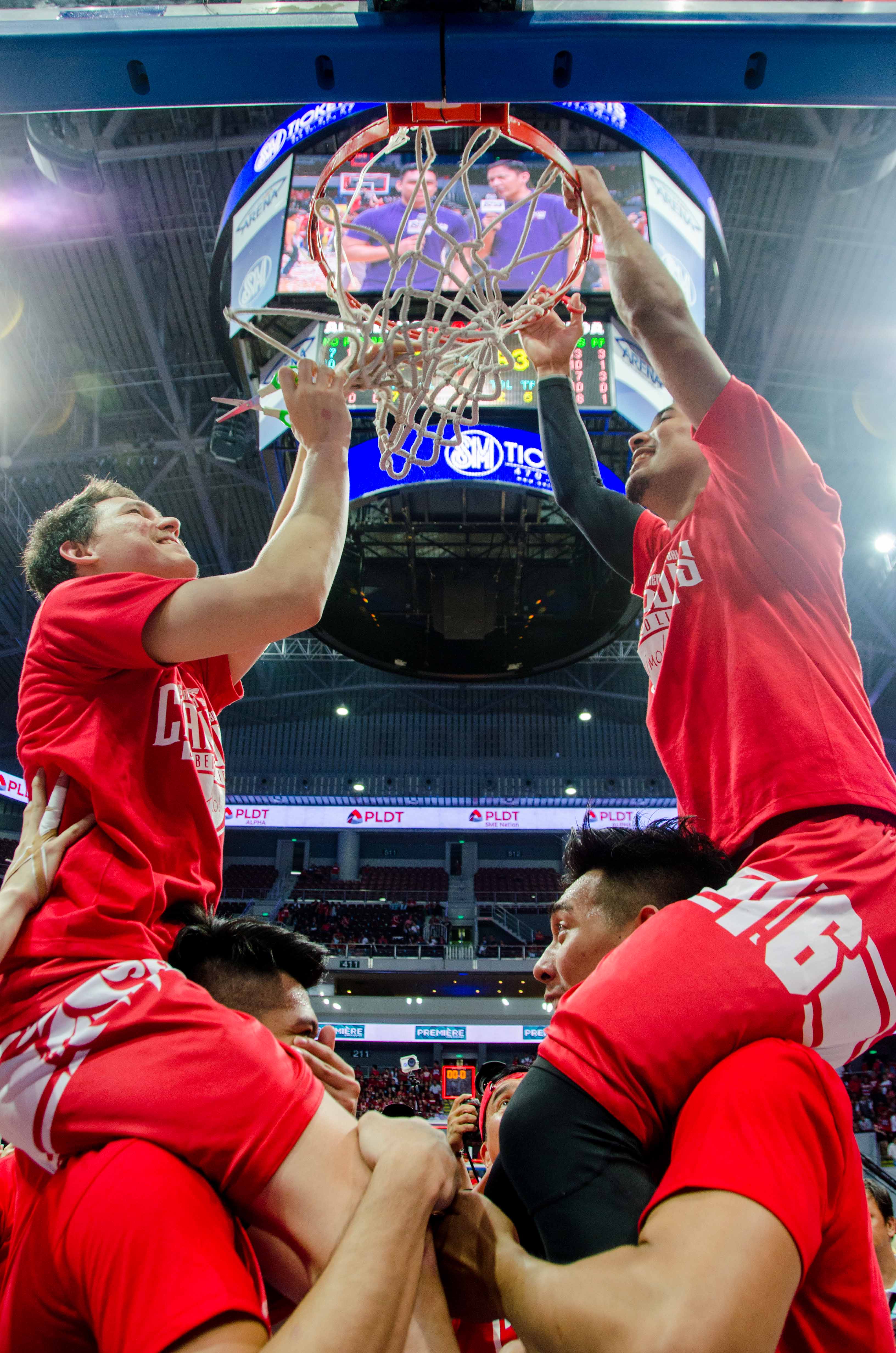 Could Season 92 of the National Collegiate Athletic Association (NCAA) be the San Beda Red Lions’ sweetest championship crown yet?

Yes, the men’s varsity basketball team won 83-73 over Arellano University in the final game at the SM Mall of Asia Arena. But victory was hardly a walk in the park.

The season started without the team’s stars—Baser Amer and Art de la Cruz now play for the Philippine Basketball Association; and Ryusei Koga and Ola Adeogun have graduated.

Naturally, everyone wondered if the young and relatively unproven lineup of players could hold their own.

But whatever doubt was put to rest after the team, particularly Davon Potts and Donald Tankoua, pulled off a convincing
win over longtime rival (and last season’s champion), the Letran Knights.

San Beda was off to a great start, nearly finishing the first round undefeated. Mid-season, however, the Red Lions were fraught with
challenges. First, an ACL injury sidelined Tankoua for the entire season. Then, team captain Dan Sara missed several games after
suffering a fractured finger in his left hand during practice.

But the Red Lions soldiered on, stepping up to prove detractors wrong. Potts scored all his 10 points in the fourth quarter; AC Soberano bagged three three-pointers in his 16-point score; Robert Bolick contributed 13 points; and Arnaud Noah earned his MVP title with 18 points and 11 rebounds.

The Red Lions had every reason to fail—yet they didn’t. They got up, stronger after each trial, and, in the end, savored a hard-earned, much deserved win.