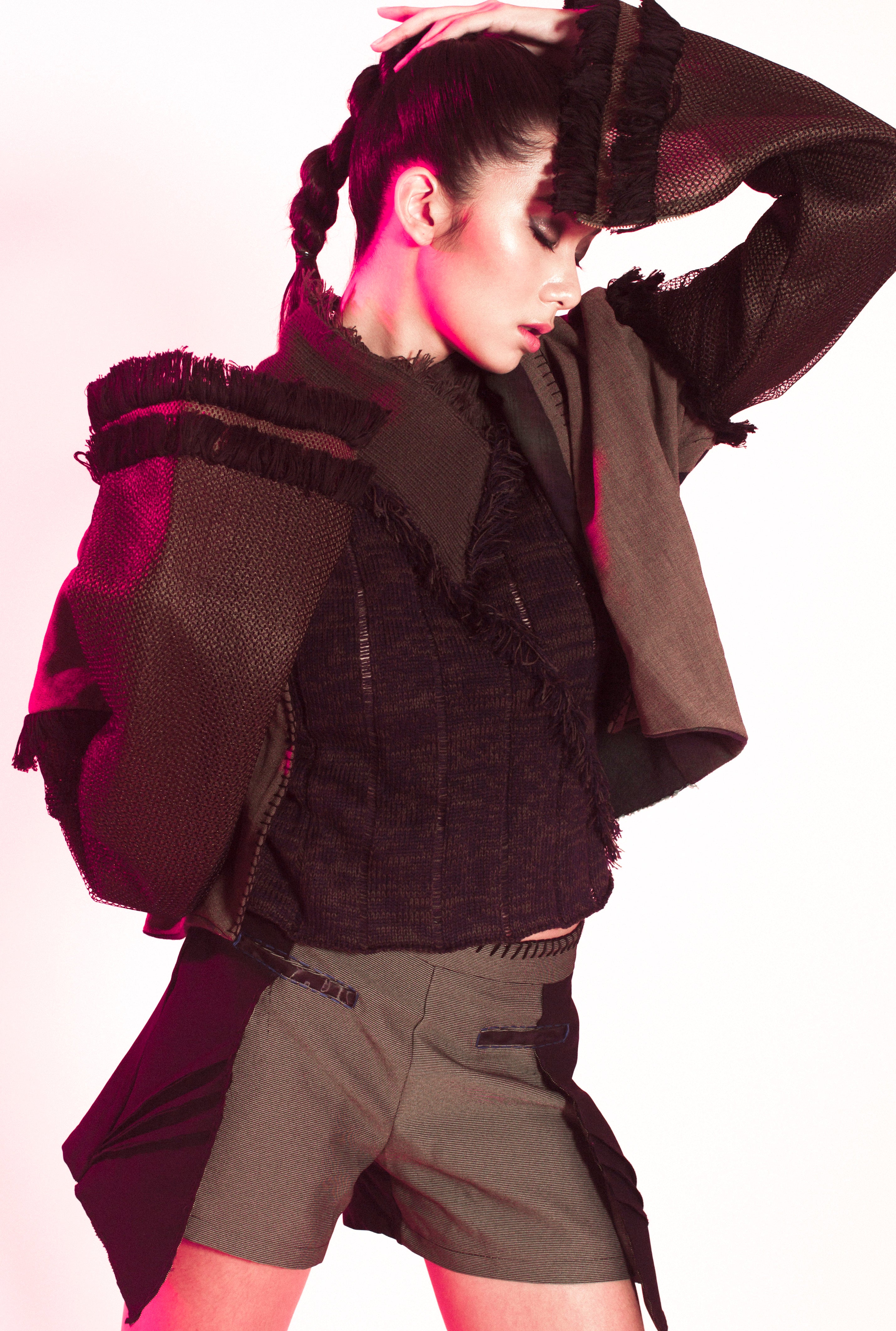 Unlike other designers, Agustin Joseph “Seph” Bagasao does not have a fashion-related college degree.

He attended Trinity University of Asia and took up Bachelor of Science in Psychology—not the usual course for a would-be fashion designer. But after graduation, he could no longer resist his true calling and decided to take a certificate course in Fashion Design and Merchandising at the Fashion Institute of the Philippines.

Upon finishing the course, he was named “Designer of the Year” at his graduation.

Now he embarks on a new chapter in his journey as a designer—he is one of the country’s representatives in the Mercedez-Benz Fashion Week in Tokyo, Japan.

Who or what inspired you to become a designer?

Growing up, I was used to seeing my lola have her clothes custom-made for dinners and parties. She always matched her outfits with the right heels, clutch and abanico. As a kid I had already been exposed to fashion, and at that age I always had an opinion about what my mom would wear.

In third grade I was already watching Fashion TV while everyone else was into Cartoon Network.

And then in 2008 I stumbled upon a Dior couture show by John Galliano. Deep inside, something ignited and it felt right.

What do you think are the top three elements of your personal style?

First, clean with an edge. I like designs that are almost minimal but with great attention to detail. For me, small details like seam placement, cuffs and slits are as important as the whole garment. The smallest details usually complete the mood I am going for in every collection.

Second is craftsmanship—there’s always something done by hand in every collection I make. And I make sure that I give the customer a sense of Filipino pride.

Lastly, quality is a game changer in this industry. No matter how good a piece looks, if it is of low quality, then it will never get far. One must aim to develop an eye for quality.

You were also formerly employed at Natori. What did you do for the brand?
Yes, I was a junior designer for Josie Cruz Natori’s sleepwear brand in the first year, and became the embellishment designer for her ready-to-wear and couture brand on my second and last year. I was part of the product development team which focuses on embellishments and embroidery and we work closely with the design team in New York City.

What is the inspiration for your next collection?
I’d rather give you the title: I call it “Scars of Beauty.”