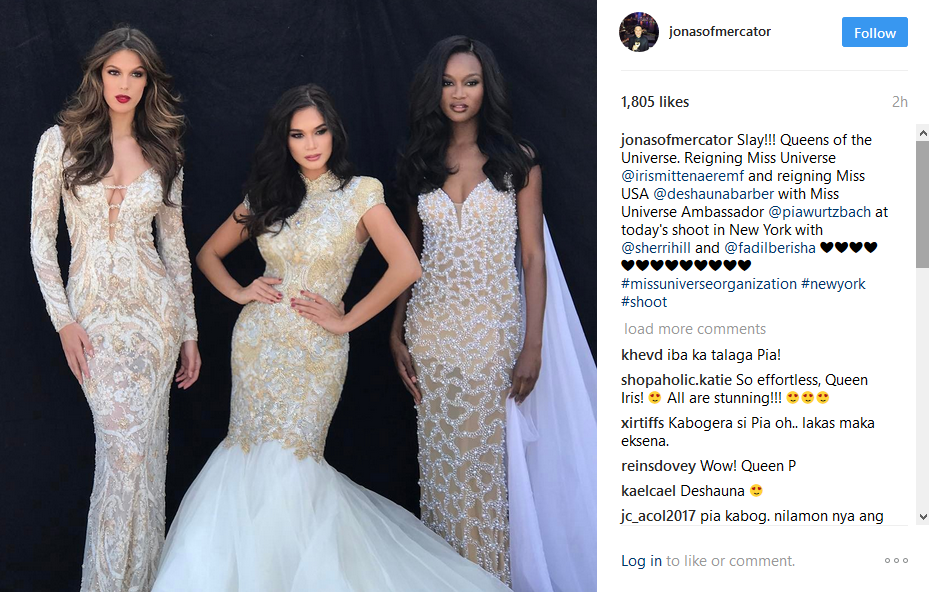 LOOK: Pia Wurtzbach slays in ‘Queens of the Universe’ photoshoot

Wurtzbach visited the Miss Universe Organization in New York during the Holy Week and had a photoshoot with Mittenaere and former Miss Universe USA Deshauna Barber.

Jonas Gaffud, the CEO of modeling agency Mercator, posted the photo on Instagram and called the shot “Queens of the Universe.”

Miss USA Barbers landed at the top nine during the Miss Universe 2016 pageant last January, when Mittenaere emerged as the queen.

Miss Universe 2015 Wurtzbach turned over the crown to the then Miss France Mittenaere during the pageant held at the SM Mall of Asia Arena.

Wurtzbach had also just signed a contract with New York-based talent management company International Management Group (IMG).  She is a quest judge in the current season of Asia’s Next Top Model. IDL