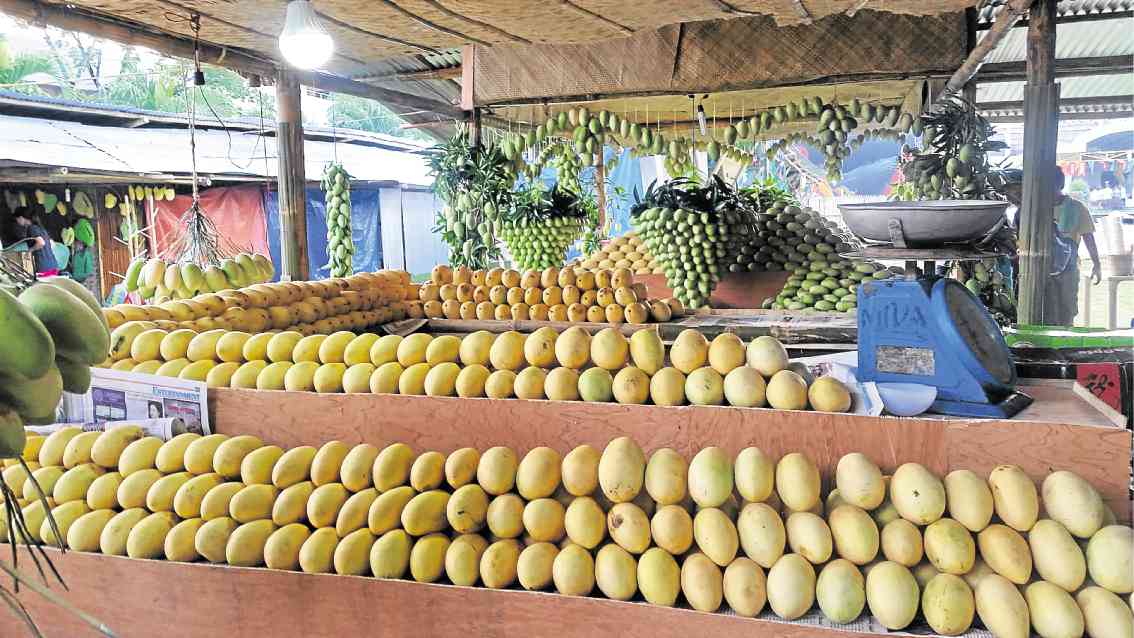 Summer is almost ending—and so is the harvest season for mangoes. In Guimaras, an island province known for its bountiful, golden sweet mangoes, the peak months for harvests are April and May, says Elena Quezon, environmental planner and provincial economic development officer.

This year has been specially significant for the mango growers because they have obtained the collective mark that would link their products to its denomination of origin, adds Quezon.

A collective mark indicates the geographic territory of a product. It assures consumers of the origin and quality of a product and protects the interests of the entrepreneurs or growers from fraudulent claims.

In this case, the Guimaras Mango Growers and Producers Development Cooperative registered their mangoes with the Intellectual Property Office of the Philippines to obtain a geographic indication seal.

The seal is an assurance that the mangoes originated from Guimaras and meet the standards for good agricultural practice set by the cooperative.

These standards include a specific number of days when the mangoes can be harvested. “They should be harvested only 115 to 120 days after the induction of flowering,” says Quezon. This assures that the mangoes will be sweet when they ripen.

Mangoes produced by members of the Guimaras cooperative also undergo a hot water treatment. Under the process, the mangoes are given a hot water bath so they don’t easily get rotten. “This also protects them from viruses and bacteria while in transport,” Quezon points out.

Guimaras mangoes are extraordinarily sweet because of the island’s fertile soil and abundant sunshine. In addition, they are not fibrous and not watery, and their flesh is firm. “They may be a little bit more expensive but they are of premium quality,” says Quezon.

Although the harvest season is nearing its end, a limited amount of Guimaras mangoes will still be available until June. This weekend, the mangoes will be on sale at Rockwell Power Plant Mall, Makati (in the lobby near Rustan’s Supermarket).

To make the most of the mangoes, follow these tips from Quezon:

If the mangoes are still green, store them in an open container (such as a basket) at room temperature. Do not refrigerate them.

Consume the mangoes as soon as possible when they ripen.

If you wish to refrigerate the ripened mangoes, keep them in the door of the refrigerator or in its warmest part to prevent pigmentation. Once they’re chilled, they should be eaten right away.

Here’s a recipe for a mango and ginger relish which I developed using Guimaras mangoes. It makes a good side dish for fried fish, pork chops and chicken.
Homemade mango ginger relish

Cut the mangoes into large cubes, then stir in the sugar and the ginger juice. Transfer the mixture to a large saucepan. Pour in the water. Bring to a boil, then lower heat to a simmer. Let simmer, stirring frequently, until the mixture thickens and most of the water have been absorbed (for 20 minutes).

Remove from heat. Let cool. Serve with fried fish, pork chops or chicken. This can also be used as a spread for bread and crackers.

In a bowl, combine the ginger and water and press the ginger with the back of a spoon to extract the juice. Strain the liquid into another bowl. Measure three tablespoons of the liquid and use this for the mango relish. Keep any remaining ginger juice in a tightly covered container and use as desired.