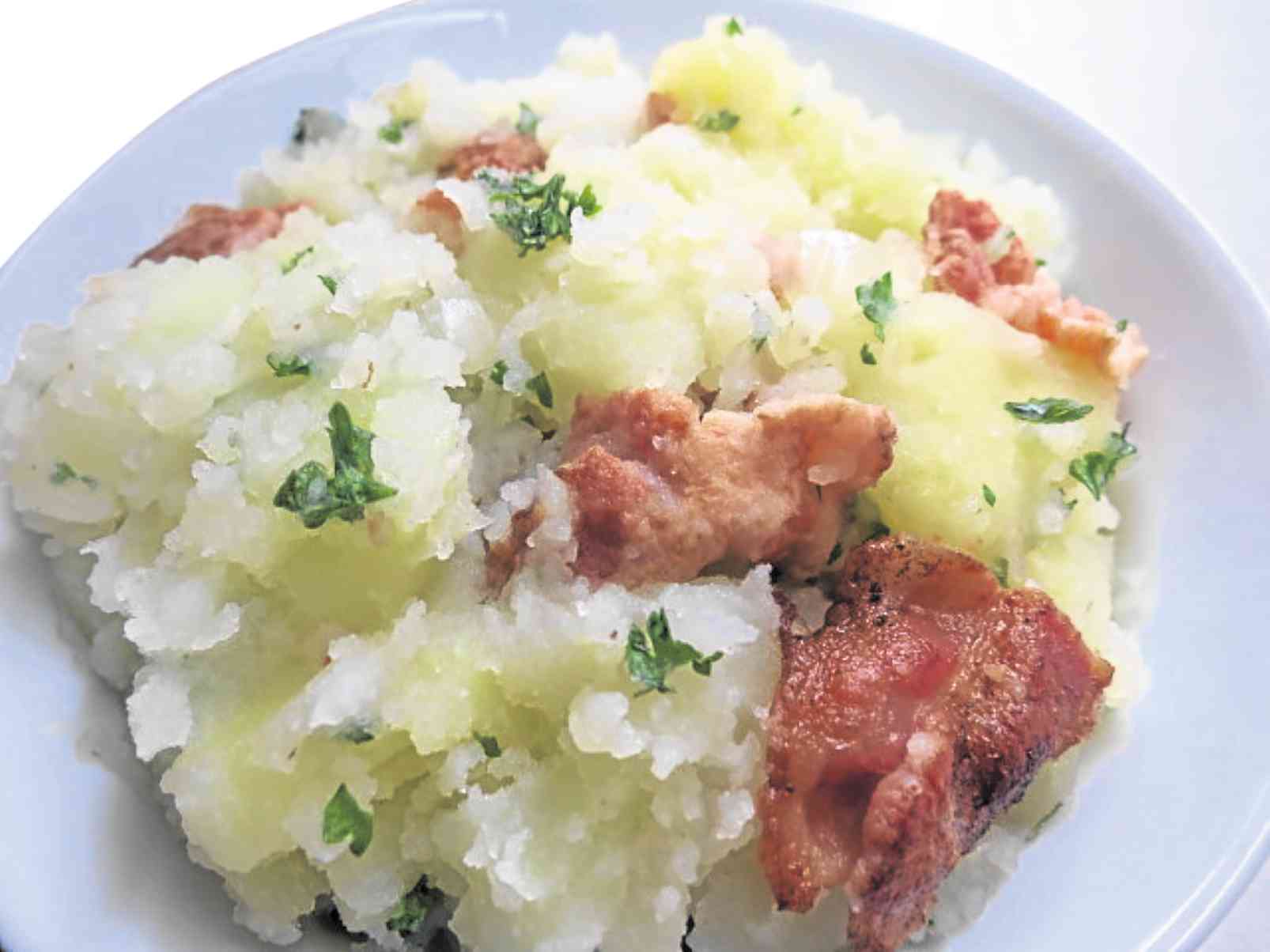 For years I’ve been reading about the benefits of apple cider vinegar (ACV). Made from pressed apples, this type of vinegar is said to cure many ailments and symptoms.

Want to stop your hiccups? Take one teaspoon of ACV with water. Having a sore throat? Gargling with equal parts ACV and warm water could soothe it.

Some studies also show that ACV helps prevent indigestion, may lower blood sugar and blood pressure as well. Who knew? (It’s advisable, however, not to take ACV straight or on an empty stomach because of its high acidic content.)

ACV also has other practical uses. If you get a jellyfish sting while on the beach, you’ll be lucky to have some ACV or any type of vinegar on hand. Pouring vinegar over the sting could reduce the swelling and itching.

This I know from experience. Back in college, I was bitten by a jelly fish while on the beach with some friends. Luckily, one of us (Angie) knew to pour vinegar over the sting. Immediately the swelling and itching subsided (thanks, Angie).

Health benefits aside, ACV is also a great kitchen ingredient. I’ve used it to make adobo, estofado, escabeche and even vinaigrette for tofu. However, because it’s very sour, I sometimes use it sparingly.

Some people swear by organic, raw, unfiltered ACV because it’s supposed to contain more enzymes and probiotics. In the Philippines, one can buy this type of ACV in supermarkets.

Here’s a recipe for German potato salad using Bragg organic ACV. You can serve this as a side dish for barbecue, pork chops and grilled chicken. However this may be a bit too tangy for children. If you want a less sour flavor, use less ACV and add a little more sugar. This is best served warm or at room temperature.

Peel the potatoes and cut them into large cubes. Put the potatoes in a large pot, then pour in enough water to cover. Bring to a boil. Let the potatoes boil until tender, about 15 to 20 minutes.

Sauté the bacon in a skillet until crisp. Transfer the bacon to a plate lined with paper towel or absorbent paper. Cut the bacon into bite-size pieces. In the same skillet, sauté the onions in the bacon oil until softened, then transfer to a plate or bowl. Set the skillet aside.

Scoop out one-fourth cup water from the pot where the potatoes are boiling. Set aside.

Scrape any bits of bacon and onion in the skillet, then pour in the sugar, apple cider vinegar and the one-fourth cup water. Stir, and let simmer about one minute. Remove from heat.

Serve warm or at room temperature.