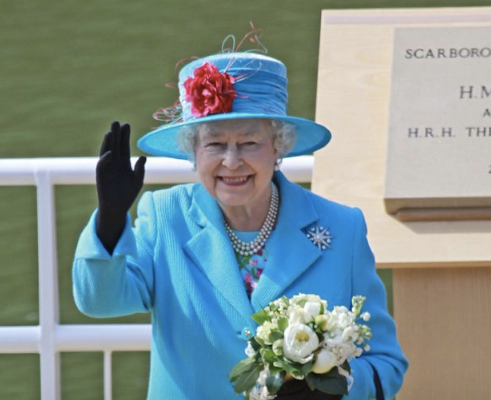 When a person is considered royalty, there are certain expectations on how to conduct oneself. And when one is a queen, one must drink like a queen.

Queen Elizabeth II has been the United Kingdom’s reigning monarch for quite some time and she has honed drinking habits fit for someone of her stature.

According to a report by Elle citing various sources, the 91-year-old queen does not complete a day without having at least four glasses of alcohol.

The drinking regimen apparently starts before lunch with a gin and Dubonnet cocktail topped with lemon and lots of ice, reports The Independent.

Her highness then enjoys her starch-free (no rice, bread or pasta) lunch with a glass of wine.

When the sun goes down, the queen greets the evening with a glass of dry Martini

Before the day ends, she enjoys a glass of champagne, often from one of the brands that hold royal warrants, a mark of recognition that the Queen has ordered the product in the past five years. Brands include Bollinger, King, Lanson and Pol Roger, according to PopSugar.

Other alcohol brands that hold royal warrants are Bacardi, Bulmers cider, Gordon’s Gin and Pimm’s to name a few.

Yet despite her drinking habits, the queen is apparently not much of a beer person. A Channel 4 News report showed her turning down a pint of Irish dry stout Guinness during her tour of the beer factory in Dublin.

A report from The Telegraph also mentioned that the queen is actually not much of a foodie. Grilled sole with vegetables and salad was apparently good enough for her to eat with wine.

The queen’s cousin Margaret Rhodes stated that her majesty’s alcohol intake remains constant. According to a report by The Independent, by government standards, the Queen can be classified as a binge drinker. But perhaps someone who’s lasted as long as she has does deserve her drink. Alfred Bayle/JB