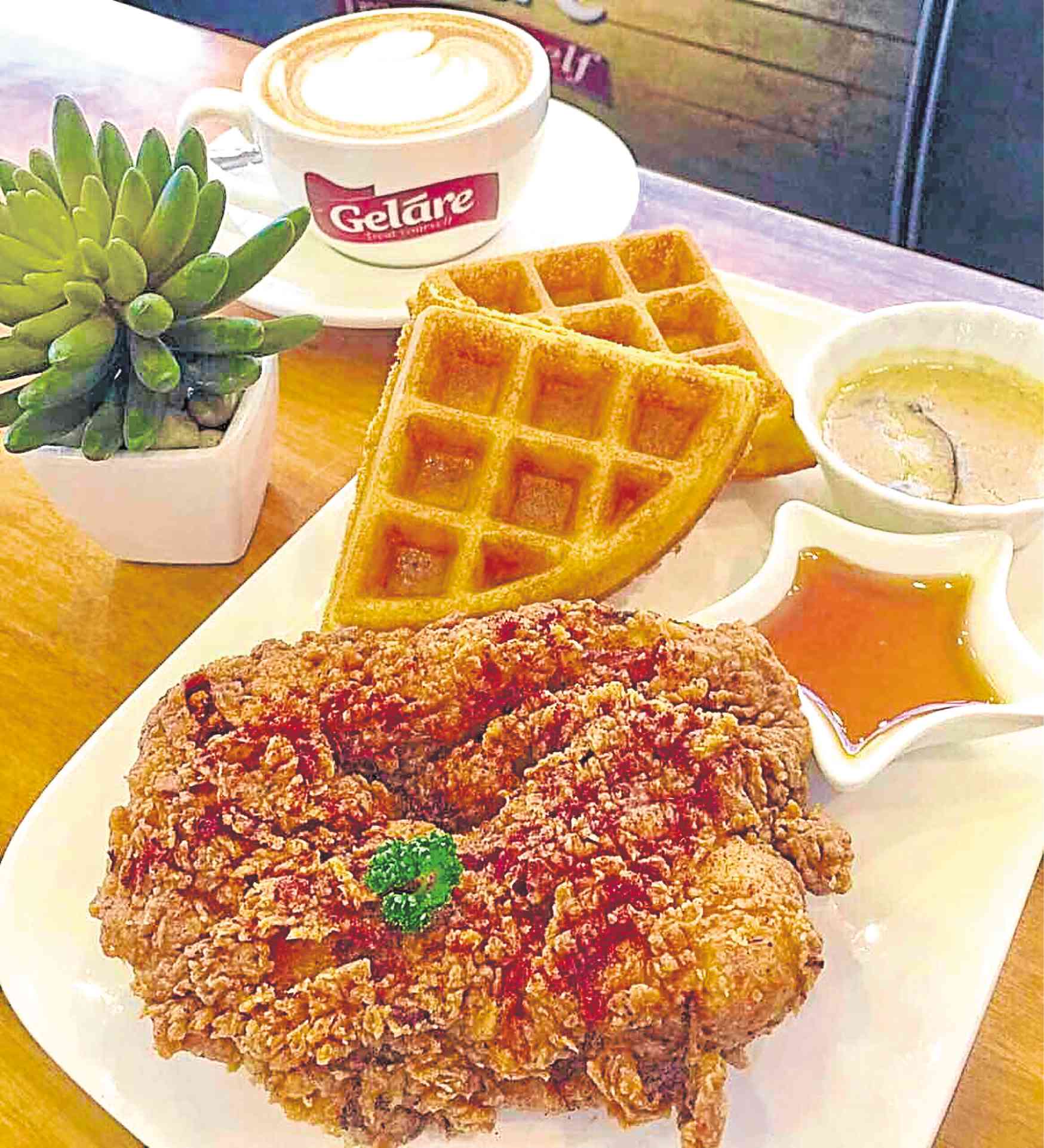 This is where I want to eat breakfast, lunch and dinner,” quipped a little girl upon entering Geláre.

It’s understandable. The ice cream display and the golden brown waffle posters on the wall were inviting.

Geláre first opened its doors in 1986 in Fremantle, Western Australia, and became famous for its ice cream.

Krissy Go, along with her partners Ton Chua, Tim Lua, Mark Tan and Warren Sy—a squad of hearty eaters who traverse the globe in search of food—became fans of the brand. Their frequent trips to Perth would never be complete without their fill of Geláre ice cream.

“We loved Geláre so much that when the opportunity came for us to talk to the owner, Farid Torabi, we closed the deal as the master franchisee in the Philippines,” said Krissy.

To operate the all-day breakfast and dessert café, Krissy and Ton trained in Perth, Australia.

Geláre’s signature ice creams are crafted with no air (unlike common commercial ice creams that can contain up to 50-percent air). The ice cream separates itself by being denser, thicker, creamier and, in terms of flavor, more intense. It should not be mistaken for gelato, which is lower in fat content, or American-style ice cream—it’s a product uniquely its own, said Krissy.

Geláre in Italian means “to freeze” or “congeal,” which is the final step in the ice-cream-making process.

Of the flavors I sampled, my personal favorites were Honey Malt Crunch, Chocolate Chip Cookie Dough and Cookies & Cream.

The strawberry- and blueberry-flavored ice creams were likewise authentic—fruit with cream, tinged with a little sugar. The ice cream tasted of the fruit itself.

There was not one particular flavor I tried that I did not like. The Oregon Mint Fudge was excellent, too, as was the Rum Raisin—if that is your thing.

Geláre also offer sorbets, nondairy flavors and low-fat frozen yogurts. But one other most tempting reason to visit the place? The waffles.

They’re quite different— still crisp even when laden with syrup. It can best be described as light as a biscuit on the outside. But it was how it crumbled, the texture of it, that I found pleasurable, even addicting.

The waffles pair perfectly with ice cream, whipped cream and a light drizzling of syrup, along with a variety of edible embellishments that Geláre also offers.

Another indulgence—the crisp, juicy, boneless fried buttermilk chicken and waffles served with gravy and more syrup. A tinge of salt, a hint of sweetness, a bit of spice, soft, juicy and crisp—all that in one fine chicken dish.

There’s more—how about a tall glass of delicious iced tea? And milkshakes made with ice cream?

The specialty coffees, meanwhile, are available in three cup sizes. For the affogato, one can choose any ice cream flavor, though recommended are the honey malt, chocolate chip cookie dough, and cappuccino.

Also worth a try are the fruit and vegan smoothies.

If you are into bitters, sample the Lemon Lime Bitters.

Geláre may not have a lengthy menu, but based on what I have tried so far, and what it offers, it’s doing something right!