Growing up on a farm could protect children from respiratory illnesses, allergies and skin rashes | Inquirer Lifestyle ❮ ❯ 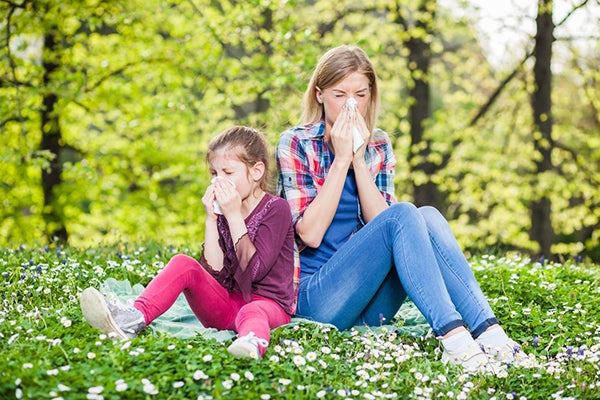 Growing up on a farm could protect children from respiratory illnesses, allergies and skin rashes

New research in the United States has found a link between exposure to a dairy farm in early life and a lower incidence and severity of respiratory illnesses, allergies and chronic skin rashes in children.

The collaborative study was carried out by researchers from the University of Wisconsin School of Medicine and Public Health and Marshfield Clinic and was conducted in the Marshfield Epidemiologic Study Area.

Using data from questionnaires and electronic medical records, the team compared 268 children ages five to 17 who had lived on a dairy farm from birth to five years, to 247 children who lived in a rural area but had never lived on a farm.

The team found that when compared to the non-farm children, children who had been exposed to a farm were significantly less likely to suffer from allergic rhinitis or hay fever (17 percent compared to 28 percent) and eczema (7 percent versus 19 percent).

Those who lived on dairy farms right after birth also had less severe respiratory illnesses during the first two years of life compared to non-farm children (16 percent compared to 31 percent).

“These findings suggest that environmental exposures or other elements of the farming lifestyle help kids to be resistant to both allergies and viral respiratory illnesses,” said Dr. James Gern, commenting on the findings.

Co-author Dr. Christine Seroogy also added that, “Seeing decreased allergies in farm-exposed children from the Marshfield area is in agreement with similar findings in Western Europe that found farm exposure is linked to allergic disease and wheezing illnesses.”

“But this is the first study to show an association between farm exposure and reduced medically-attended respiratory illnesses,” she said.

The pair are now continuing their research to try and find out which farm exposures may be beneficial for children’s health and the development of the immune system during the early years.

“Ultimately, the goal of our ongoing study is to determine the beneficial exposures of the farming lifestyle and establish a safe manner to bring this to children at risk for asthma and allergic diseases,” Seroogy explained.

The findings can be found published online in the Journal of Allergy and Clinical Immunology. JB

Could ADHD be linked to lack of sleep?

Exercise during pregnancy can be both safe and beneficial, says new research