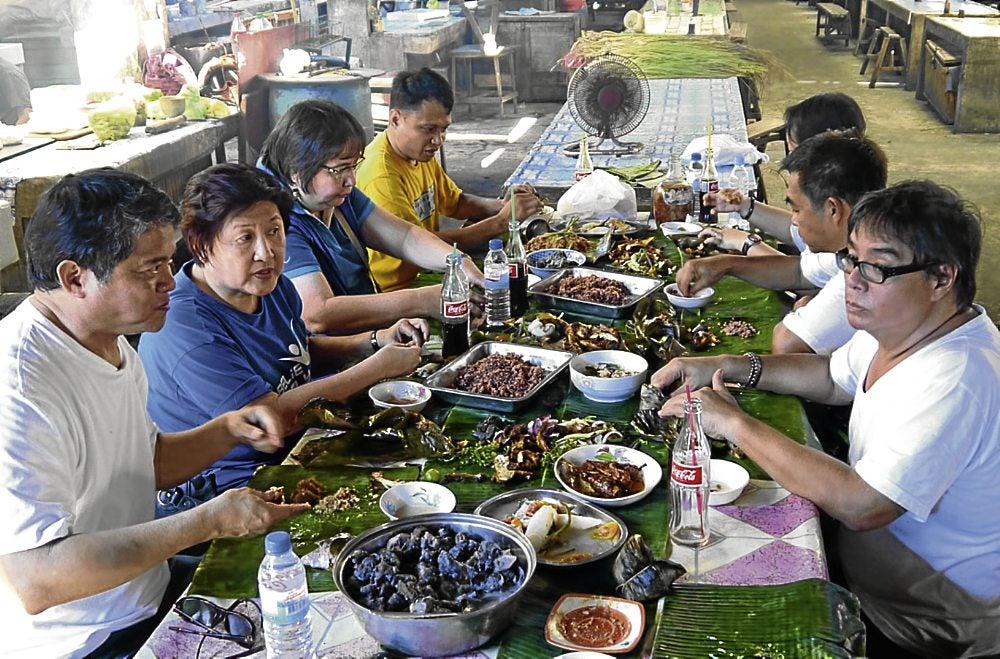 An Iloilo food tour for just a day 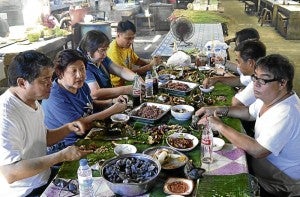 In a previous column, I suggested that Capiz is only 45 minutes away by plane and that perhaps one can fly there in the morning, enjoy the local dishes in this seafood capital of the country, the diwal and oysters, for instance, and then go back on the last flight.

I am happy to report that there are groups who do just that, according to Eugene Jamerlan, my great guide in Iloilo and Capiz. But it seems the same can be done in his home province, Iloilo.

We didn’t exactly stay only for the day because the day before was for judging a culinary competition in an event dubbed “Tabu-an,” or “gathering place” (more on this next week). But it was the next day that we were given a day tour if we only wanted to eat and run.

Breakfast was at Chito’s, a small inn owned by Chito and Avon Tinsay, where we stayed. Taking charge of our meals was Rafael Jardeleza, organizer of the Tabu-an, owner of the restaurant, Afrique, a caterer, and one of my sources on Iloilo cooking.

Jamerlan brought pan de sal from Panaderia Pa-a, one of the oldest bakeries in the city. There was bas-uy, soup of pork bits, the quintessential breakfast food for Ilonggos. Dried fish such as danggit, a torta or omelet, some rice cakes like suman and puto, longganisa—so much that we hardly knew where to start.

Onboard an E-Jeep that runs on battery power lent by Mayor Jed Patrick Mabilog, we did our city tour with Jamerlan pointing out familiar ancestral homes such as the elegant Nelly Garden of a friend, the late Elen Jison Golez. Coffee break was at Madge Café at the La Paz market where Julieta de la Cruz still mans the cash register, while her son Peter does the brewing the old way.

Lunch was at another market, the main one of the city, Central Market. Jardeleza set the lunch up near the meat section, banana leaf tablecloth and all. There was chicken inasal grilling nearby, as well as bangus that provided perfect aural ambience and made us hungrier. So we dug into sautéed bihod (fish roe) where native eggs were cracked into the mixture just before eating. Black cone-shaped bagongon cooked in coconut milk plus some clams appeased our hankering for shellfish.

There was jumping salad, which is what raw shrimp kinilaw is called though the shrimps no longer were moving by the time we got there.

Looking back to that lunch, I thought it the perfect setting for “Linamnam” (Anvil Publishing, 2011), a new travel food guide of Claude Tayag and Mary Ann Quioc. It should be included in a next edition if Jardeleza could convince the city government that this is one food tour stop that should be promoted.

A bit of a drive helped to settle our stomachs. We passed through the Villa de Arevalo district to the Camiña Balay nga Bato where Luz Saludes Camiña welcomed us with thick good tsokolate (didn’t we just have lunch?) in beautiful cups designed with butterflies. She also served piyaya done the way we like it—chewy yet crusty.

The beautifully restored home was built by Anselmo Avanceña. Chocolate cookware, the traditional one with the batirol, antique plates and baro (sheer blouses for saya), and hablon cloths woven there are some of the products sold.

Time does move slowly in the province as we even had time to go to look at a full-grown batuan tree because these tourists from Manila had never seen one. Batuan is a fruit used to sour tinola/ sinigang soups in the Visayas. The huge tree is in the residence of the Rivera family who were not content to let us just look at the tree, so they us served our second merienda. Our hosts, siblings Karen Francia and Noel Rivera, served fruitcake that I was glad to know is a year old just like some cakes of mine are, hibernating in the freezer until I call them to service.

And the last place to visit before the last flight out was the pastry shop, Maridel’s at Plazuela de Iloilo, a new sort of mall. Maridel Uygongco is another resource person on Iloilo cooking, especially traditional food. She has done Iloilo food festivals in Manila that included, to the delight of Ilonggos, obre or mammary teats of pigs that’s fried or grilled.

But her family has always been known for pastries and cakes, and so Iloilo fans have not stopped gushing about Maridel’s, which opened last October.

When we asked her to pose, she got her Damier cake which looked like an ube and yellow chessboard. It’s named after the Louis Vuitton canvas design, she said, and I needed that explanation since fashion is beyond me.

She made us taste the different cakes, all wonderful by my pastry lover standards, and thanked her for sending us home with cinnamon rolls done the old way with a layer of dark sugar frosting.

Our flight was delayed (now de rigueur), so what we ate more and the gift pack of Iloilo specialties sustained us through the long wait. The only one not sated was traveling companion Claude Tayag, who wished he had steaming hot batchoy to cap the day.