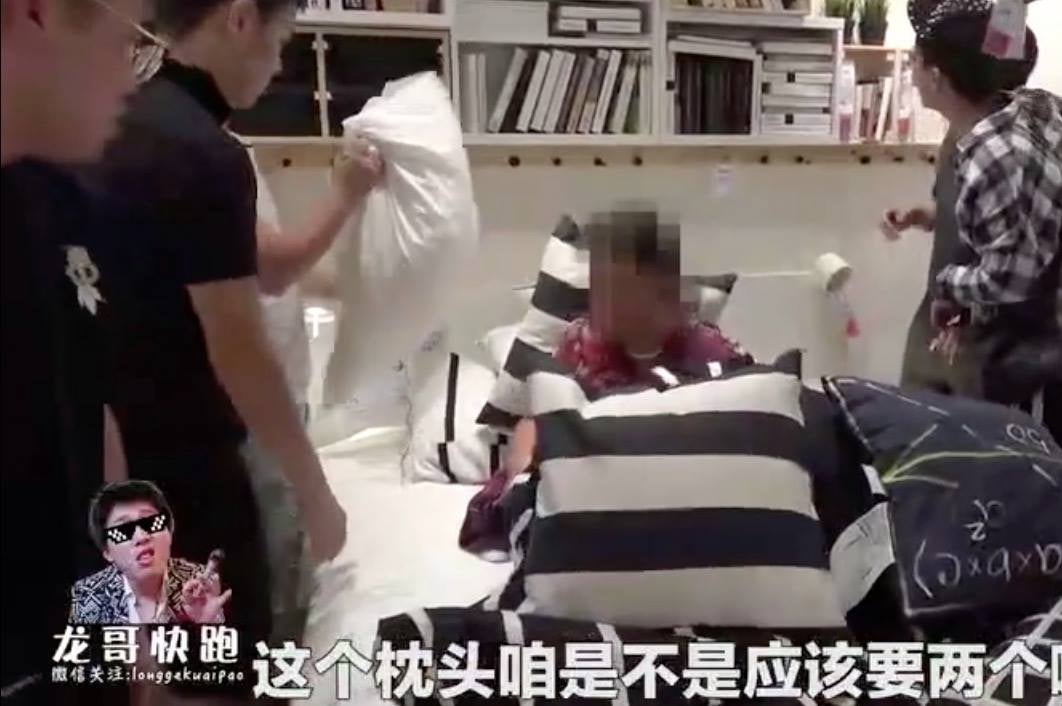 An online video celebrity decided to expose some bad habits of customers with regards to sleeping in Ikea display beds.

Chinese customers have gained notoriety for making themselves at home in Ikea display beds. So much so that reports of a ban against such practice came out in 2015. The furniture company denied having imposed such a rule; however, it does not encourage the practice.

Nonetheless, online Chinese video celebrity “longgekuaipao” found the behavior unbecoming and decided to take matters into his own hands. He called up a few of his buddies and patrolled an Ikea store. They recorded their activities on video and posted it on longgekuaipao’s Weibo page. The group looked for unsightly customers who were sleeping in the display beds.

Each time the team found a sleeping person, they would pretend to check out the furniture in an attempt to wake up the individual. They would do this roughly to force the sleeping person off the bed or couch. At one point they resorted to pulling at the mattress because a woman kept arguing with them.

Throughout the video, sleeping customers appeared surprised, and even indignant, at being forcefully awakened by the group. Longgekuaipao could only scratch his head and laugh at the absurdity of it all. JB