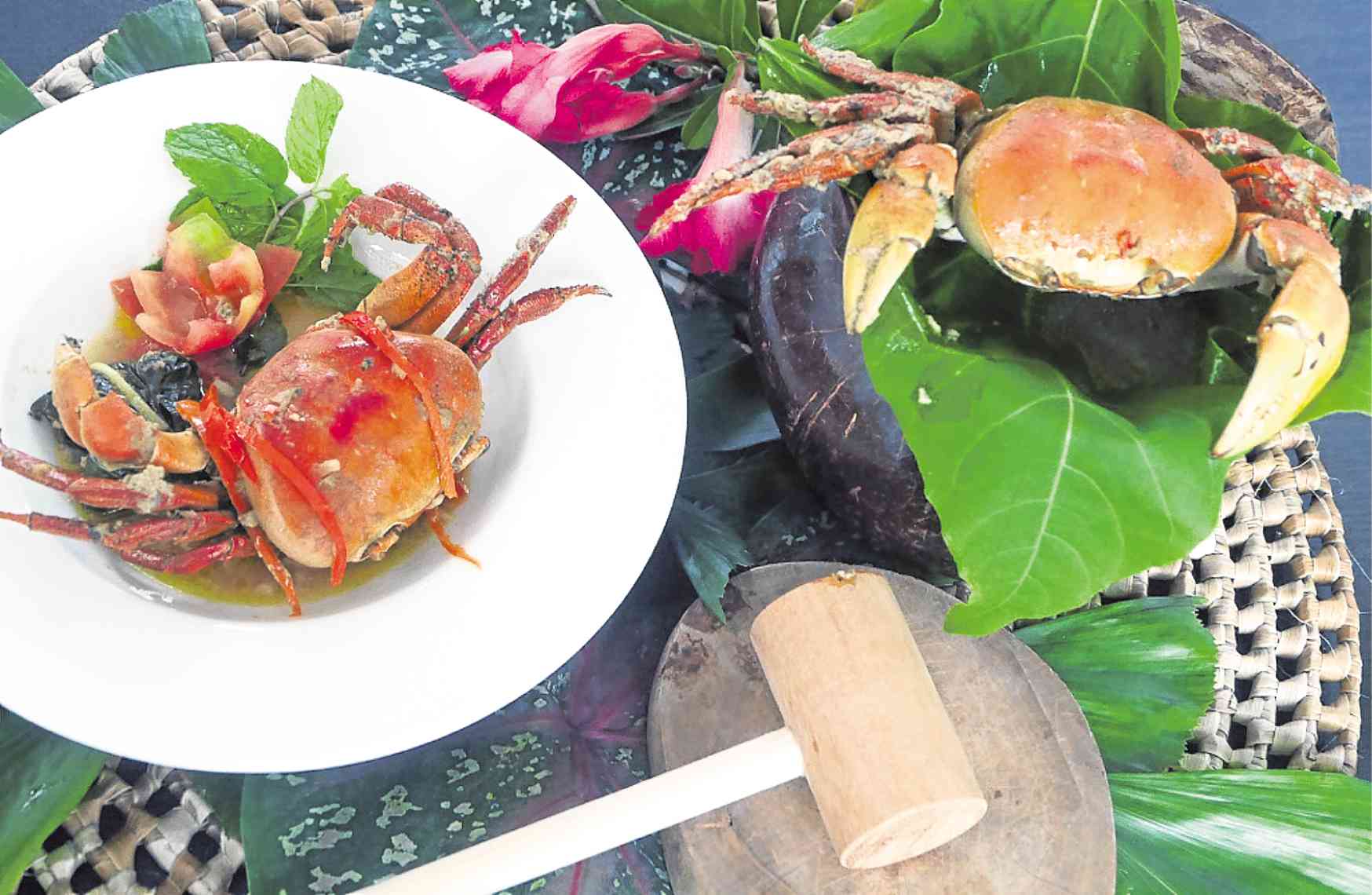 The night before Ame Garong, archaeologist at the National Museum, gave her talk, I asked her if our ancestors did do kinilaw, because it was described as “an ancient cuisine” in the book “Kinilaw: A Philippine Cuisine of Freshness” (Bookmark, 1991).

I cited the findings of the Butuan Balangay where tabon-tabon pieces were found—the fruit still associated with the making of kinilaw. But Garong said that even if fish bones were found there, one cannot conclude that those were used for kinilaw. And all evidence of food ingested during prehistoric times should have been gone by the time of their supposed discovery.

Garong was one of the speakers at the Food Forum held at the provincial capitol of Cebu City, organized by the Provincial Tourism Office headed by Joselito Costas. The archaeologist’s talk was on the Cebuano’s ancient diet, based on the findings at the Boljoon archaeological site in southern Cebu. It was a burial site near the Boljoon church, in the town located in southern Cebu. The site dates back to 1591.

Garong mentioned many tests an archaeological finding must go through before conclusions are made: carbon dating, soil analysis, bone chemistry, isotope analysis. The finds so far reveal that there was mortar among the pottery, but no pestle.

The male had more access to meat, while the female had access to rootcrops and was dependent on resources from coral reefs. Their carbohydrate was millet, while the protein sources were pig and chicken.

Teresa Ruelas of the Cebu Farmers Market also talked about the movement in Cebu to block genetically modified organism (GMO) products from being planted in the province. The group conducts information seminars for farmers and raises its concerns with the government about how GMO adversely affects public health and the environment.

Eleanor Rivera’s subject, meanwhile, was “Healing with Food.” A registered nurse who has lived in New York for a long time, she decided to come back and establish a health farm in Balamban, an hour’s drive from Cebu City, where she now grows and processes organic products.

She takes in patients, some with late stage cancer, for healing treatments that she believes can be effective through a change in diet. She demonstrated the making of one of her health smoothies whose recipe can be found in her book, “Organic Divine Gorgeous.”

Cebuano chef Mike Sarthou similarly talked about the cooking in his home province, taking off from Rivera’s observation that Cebu’s limestone environment was hospitable to corn and millet (kabog). The corn variety is tinikib, a white corn endemic to the province. But Sarthou touched beyond lechon, millet and corn, and into concerns about sustainability and artificial salt.

Like Rivera, Gilberto Magallon, a medical doctor, decided to build an organic farm in his hometown of Alegria. Healing for him starts with nutrition. According to Rivera, it helps that there is an organic farming ordinance in Cebu.

Vince Cinches of Greenpeace talked of seafood sustainability and marine diversity. One of the group’s successful programs was getting hotels in Manila to procure fish and other seafood caught with proper methods.

In Cebu, an ordinance protecting sharks has also been adopted. And a sustainable seafood week promotes the tagging and documentation of sea harvests, as well as their traceability.

Also important was Ige Ramos’ talk on “Design for Food.” He demonstrated how to present food visually, his examples taken from Sans Rival, an award-winning magazine by Rustan’s Supermarket. It certainly gave the Cebuano audience a different take on food styling and photography, way beyond Instagram and blog photos.

But the forum was not limited to the talks. The next day showcased the cooking skills of hometown cooks—amateurs when compared to professional chefs or even culinary students, but impressive in their creativity and innate understanding of what makes for tasty cooking.

The cooks had to use the town’s ingredients and were not allowed to buy any in Cebu City. They had to do a beverage, appetizer, main course and dessert. Overall, the styling was so good that we wondered if the participants were, in fact, culinary students.

And they worked with basic kitchen equipment, no sous vide in sight, no extreme cooling liquid nitrogen. Just the heat of the Cebu sunlight, charcoal grilling on the ground, and everything from scratch. It was a joy to judge this contest.