As with Lolo Dad’s, chef Ariel Manuel gets everything right in his latest resto | Inquirer Lifestyle ❮ ❯ 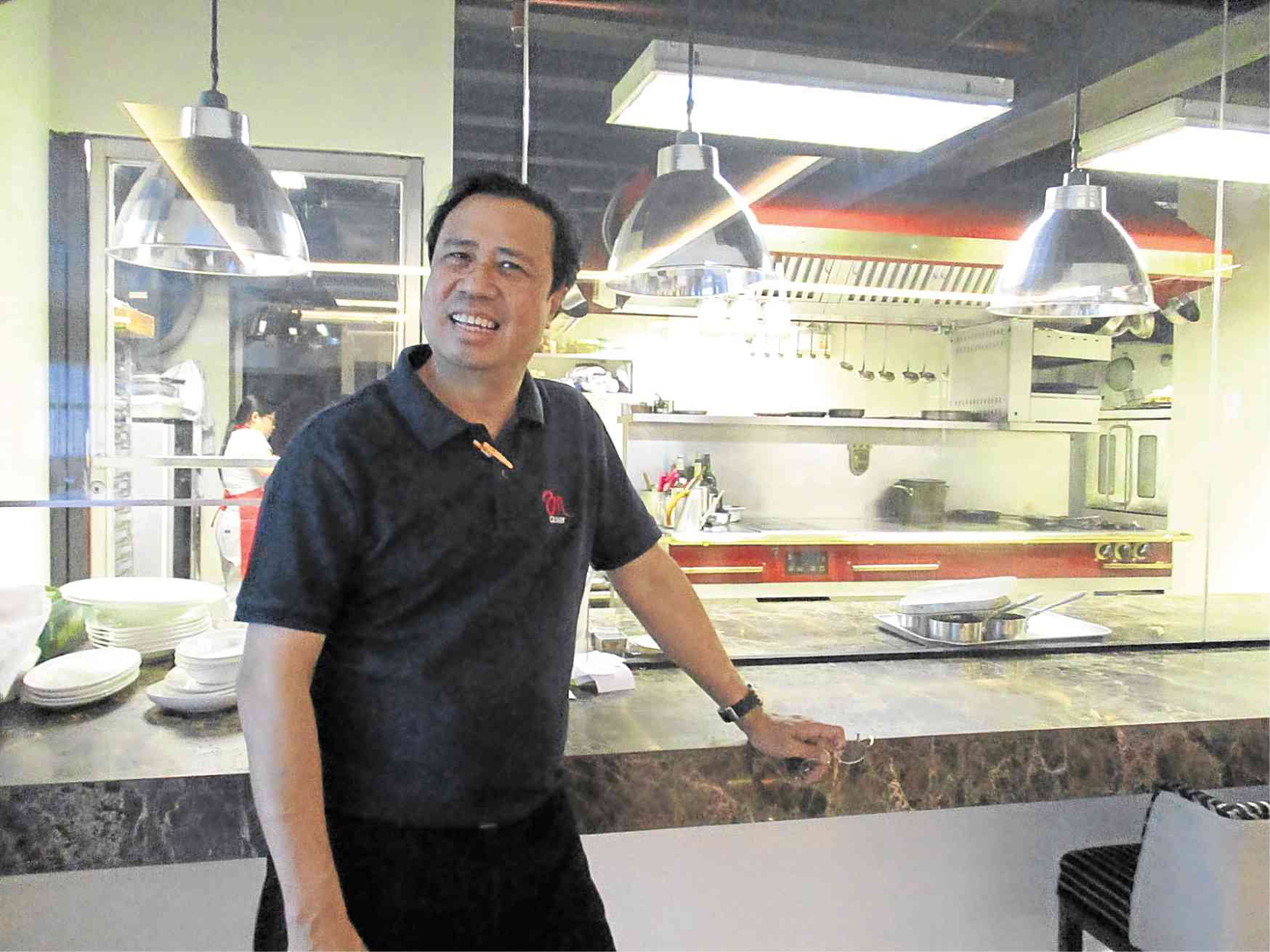 As with Lolo Dad’s, chef Ariel Manuel gets everything right in his latest resto

You can tell a lot about a restaurant by the way it serves its bread. I’ve been to a few where the bread was simply shoved onto the table, stone cold and indifferent. Such restaurants don’t seem to care much about customers other than getting the whole meal over and done with quickly.

Then there are those who take the trouble to heat the bread, and serve them in dainty baskets covered with cloth so the bread stays warm. These restaurants earn my respect immediately and, most often, the courses that follow are equally prepared with care.

At Bistro Manuel, not only was the bread served piping hot, it was also accompanied by twirls of fresh, golden butter. This was a promise of good things to come, much like a well-written preface to a good book that turns out to be a literary gem.

The gems in chef Ariel Manuel’s restaurants are the edible kind.

To start with, we had oysters served in a wooden case atop a bed of salt, which somehow made the bivalves sparkle like diamonds in a jewelry box. The oysters had been sautéed in onion butter and olive oil, then deglazed in white wine before being baked with Parmesan cheese.

Its heavenly taste was augmented by a sliver of foie gras on the side, and creamy angel hair pasta underneath. It was like a one-dish meal in itself, and I parted reluctantly with it when other dishes were brought to the table.

The spinach in the warm mushroom salad was the color of emeralds. Topped with smoked bacon and drizzled with roasted garlic vinaigrette, it was a flavorful way to eat our vegetables.

An inventive tomato mushroom soup came next. Served in espresso cups, it was frothy, much like the coffee that was meant to inhabit its vessel. And like coffee, it must be sipped and savored oh so leisurely. The flavor of fresh mushrooms dominated that of the tomatoes, taming the latter’s acidity.

For a while, I imagined wood nymphs prancing around in the forests, foraging for wild mushrooms that went into the soup. Reed-thin bread sticks served on the side provided a diversion from the soup’s intense flavor.

In some restaurants, the appetizers and first courses are so satisfying that the main dishes turn out anticlimactic. Not so at Bistro Manuel. The duck leg confit, which was derived from a French Moullard duck, was cooked in the oven for three and a half hours, said chef Ariel. Such gentle patience was evident in the tenderness of the duck and a crispy skin that had the faintest layer of fat underneath.

Accompanying it was saffron rice mixed with chopped foie gras, mushrooms and pine nuts. Also there was cranberry sauce that blushed like fine rubies. Chef Ariel made it himself from fresh cranberries, stirred with cinnamon bark, sugar and ginger. Fragrant dried lavender flowers wrapped like bouquet garni seemed like amethysts hidden in a veil.

Similarly French-inspired was the rack of lamb encrusted with herbes de Provence, accompanied by a risotto of Roquefort cheese and roasted garlic.

And just as outstanding were the desserts: a lemon meringue pie dusted with chocolate and topped with candied orange peel, served with scoops of dark chocolate ice cream; as well as a tiramisu reconstructed into a soufflé, swirling high over warm sabayon sauce.

Bistro Manuel is the latest incarnation of chef Ariel’s restaurants. He was an award-winning chef in five-star hotels before he set up his first restaurant named Lolo Dad’s, which was well-known for its exceptional food and fine service. Despite its unconventional location on Quirino Avenue off Taft in Manila, it was well-visited and loved by gourmets in the know.

At Bistro Manuel, chef Ariel is resurrecting the solicitous service, and creating memorable dishes with the same attention to detail that he did at Lolo Dad’s. And as with Lolo Dad’s, he gets everything right: The pristine white tablecloths, well-polished silverware and crystal clear wineglasses create a look of refinement.

Soft lighting provides a mood of elegance and grace. The open kitchen allows diners a reassuring glance at the preparation of their meals.

The menu, however, is more expansive than that of Lolo Dad’s. To the continental dishes, the chef has added a choice of charcoal-grilled thin-crust pizzas. Ranging in price from P630 for the smoked salmon and rocket salad pizza to P1,290 for the “Only for the Rich” grilled pizza, they’re a welcome alternative for those who want a lighter meal.

As with Lolo Dad’s, Bistro Manuel is in a location far from the madding crowd. It’s in Poblacion, Makati. Though less glamorous than the Ayala side, Poblacion is fast burgeoning into a community of restaurants, each with its own appeal, much like bohemian Malate used to be.

It may be a longer drive to an unaccustomed place, but the gastronomic discovery that awaits will be well worth the journey.