Can a person stop the rain at will? | Inquirer Lifestyle 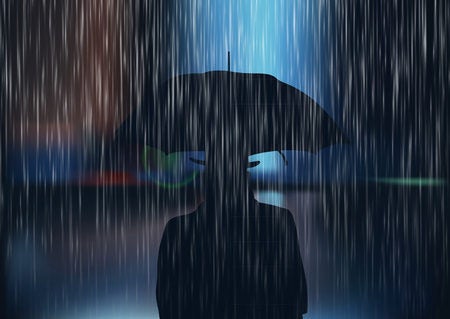 Can a person stop the rain at will?

I received this message last week from a bewildered young man in Legazpi City, who claimed he could stop the rain at will and could not believe it:

“I’m sorry to text you at this late hour, Sir Jaime. This is Gerald from Bicol, a friend of (name withheld). I consulted you last year about my strange psychic abilities. I just need some answer if the following is true. Believe it or not, I can stop the rain!

“I find it odd or even funny, but I have proven this to be true a number of times. And many have witnessed this. No matter how hard or strong the rain is, I can make it stop. Is this possible?”

Yes, it is true, there are individuals or groups who can either make it rain or stop it. For example, some Native American Indian tribes are known to have a ceremony called the Rain Dance to induce rain during the dry season. So, if they can make it rain, it is likely they can also stop it.

In Bali, Indonesia, in the 1980s, I met the British general manager of a five-star hotel who told us an amazing story. It was raining very hard in the morning, and the hotel was to be inaugurated at 3 p.m.

One of the hotel’s Indonesian staff suggested to the GM to call in a shaman to stop the rain. The GM, as expected, just laughed off the idea.

At about 1 p.m., the rain had not stopped and the GM, who had become visibly worried, changed his mind and called for the Indonesian shaman.

When the shaman came, he began a strange ceremony. The rain started to taper off and, just before 3 p.m., it stopped completely.

The skeptical GM told us that if he had not witnessed this “miracle” himself, he would not have believed it. So, when he was assigned to another hotel in Indonesia and it began to rain hard, he did not hesitate to call in the native shaman who could stop the rain.

Here’s another example from the Bible (Luke 8:22-25). It is told that when Jesus Christ was out on a boat at sea, it rained hard and the wind howled. The disciples became frightened and called on Jesus to save them.

Jesus gestured with his hand and calmed the strong winds. The disciples were amazed and asked themselves, “What kind of a man is this, that even the winds obey him?”

If you tell me that Jesus was able to do this because he was God, remember that he also said, “The works that I have done you can also do, and much more than these” (John 14:12).

So, I believe you, Gerald, when you say that you can stop the rain, especially if these acts were witnessed by many other people.

I am happy to announce that my book, “The Psychic World and You,” first published in 1982 and revised in 1999, has been reprinted and is now for sale online and in our office at Prince Plaza, Legazpi Street, Makati City, and soon in several bookstores in Metro Manila.

Although the book was first published in the early ’80s, the content is as interesting and relevant today.

Some of its exciting topics are: why people can see into the future; understanding the psychic child; quantum physics confirms paranormal phenomena; understanding the psychic child; curing karmic illness; gems and stones and their mystic influence; winning back a lover through psychic means; ritual before cutting down a tree; causes of sleep paralysis; and how the moon affects our body and mind.

The introduc\tion to the book was written by Dr. Celso Al. Carunungan, a Palanca awardee and former chair of the Commission on Arts and Culture of Manila.