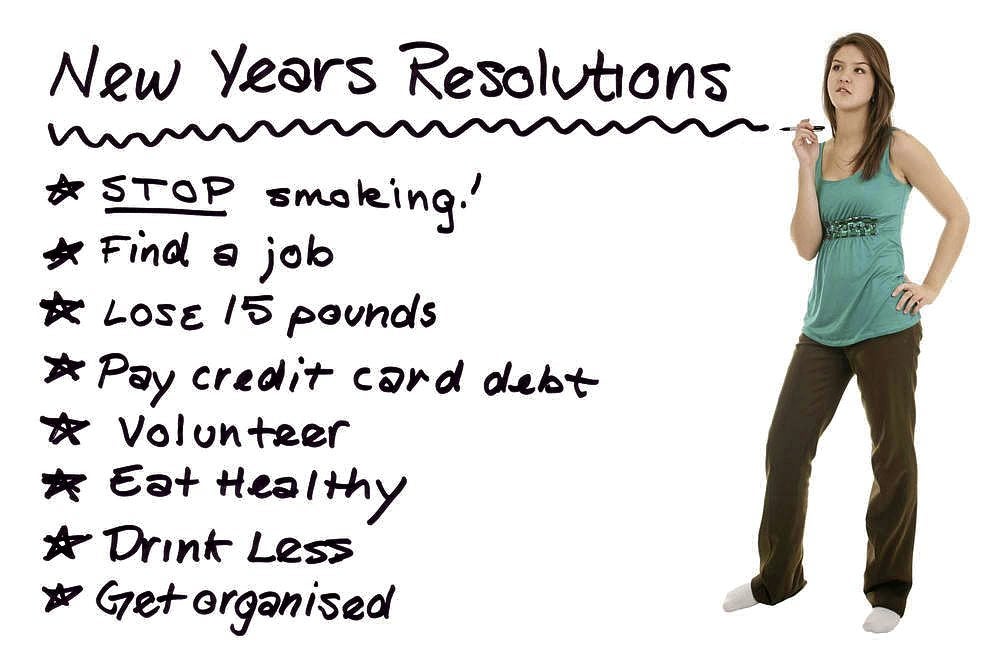 How to make your new year fitness resolutions work 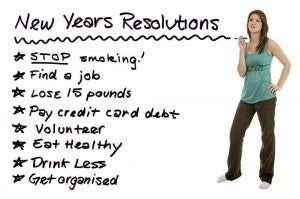 Just like dieting, when making New Year’s resolutions, people rely too much on  willpower without considering the  effort required to accomplish everything, so they end up giving up. I have known a number of people who lost weight during the first half of the year, then struggled during the last part because of “weight-loss tasks overload.”

According to a 2009 Wall Street Journal article, focusing on numerous resolutions at a time doesn’t really work, because our brain cannot handle too much load. Thus, it’s better to spread resolutions over the year.

Losing and maintaining weight is not that easy, since it consists of numerous smaller goals (to manage portion control, to improve fitness level, etc.) and action plans (to practice proper timing of meals, to run outside at least three times a week). It requires time and experience to automatically adapt winning habits.

In most cases, when one is dieting, other areas of life like quality time with family are not given attention, and when one is unable to adhere to the diet plan anymore, one loses motivation. People also often fail in resolutions because they focus too much on one aspect, and forget the other important areas, so when they fail in one area, they already feel like a complete failure.

One of the most common New Year’s resolutions is to lose weight. But achieving a healthy weight is just one area of your wellness circle.  You still need to consider other areas like your emotional, spiritual, mental and social wellness. Analyze your year and identify the areas you need to work on, then prioritize and write everything down.

Most people who set weight-loss resolutions give up on their goals when they see the scale is not moving.  They end up discouraged.

Try to avoid certain resolutions that involve weight numbers like, “I will lose 50 pounds this year.” Do not let numbers on the scale pull you down. Use them to increase your motivation and as a guide to how you are doing, not a measurement of success or failure.

Most people who give up on their weight-loss goals end up forgetting other improvements like limiting food portions and walking for more than 30 minutes everyday. Also, some even undergo quick-fix, extreme-dieting strategies if they don’t get their expected number.  This practice will lead to injuries or health problems.

Dieting and setting New Year’s resolutions usually happen at the start of the year, since this is the time when people are less likely to encounter stress.  But after January, most people will not  evaluate their goals and plans due to work, lack of time and stress.

Instead of setting general resolutions at the start of the year, like losing weight or quitting smoking, make a weekly plan and a daily resolution, regardless of the date. For example, for week 1, you might want to exercise at least three times and limit your sweets to one cupcake.

Then your daily resolution can be fixing your schedule to set time for exercise, and to bring a healthy snack to work. Continue same daily resolutions until they become habits. Move on to the next resolutions, like adding more vegetables during meals and incorporating strength training in your routine for  15-20 minutes twice a week.

Resolutions, just like diets, often fail because most people unrealistically set goals based on their old thinking. What they don’t realize is that they repeatedly set the same goals every year because there are still no resolutions.

If you want to change for the better, you should adapt to the things that happen around you and use them according to your needs.  For example, if that resolution is sticking to a new quick-fix diet to lose 30 pounds in three months, only to regain weight immediately, then  it’s time to find weight-loss alternatives, like using accountability with people around you, finding online weight-loss support through social networking (Facebook, Twitter, or your own blog), getting a supportive coach, or meeting up with like-minded friends regularly to discuss weight-loss issues and support each other.

A recent finding of the researchers at Temple’s Center for Obesity Research and Education (CORE) shows that text messaging and smart phones among college-age women are effective weight-loss interventions because of the accessibility. It’s time to use what’s within your reach, what’s more convenient and what can be sustained.