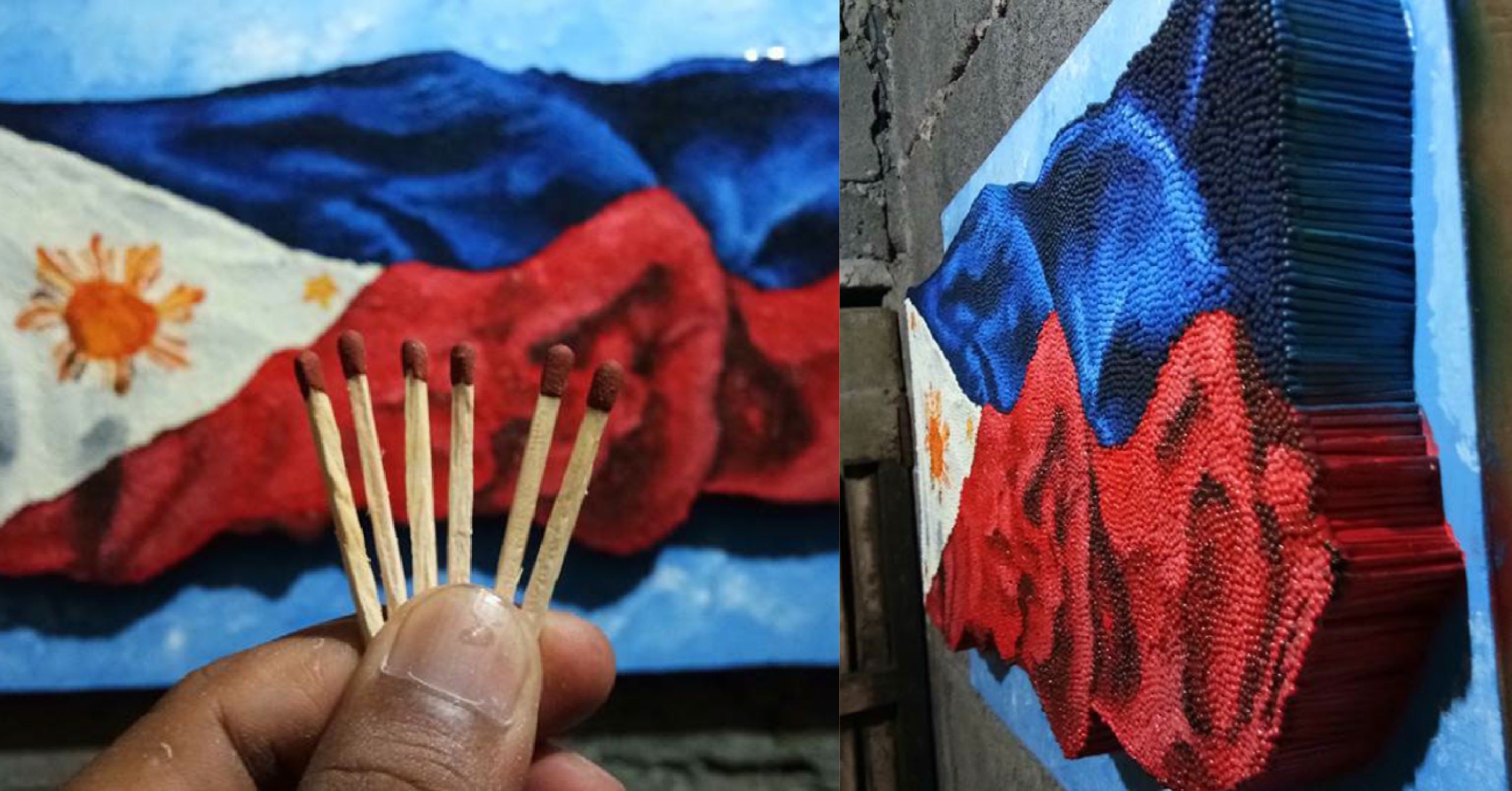 How can you make the Philippine flag stand out after it has been interpreted in so many ways?

By using matchsticks, according to one Bicol-based artist.

Julius Ceasar Apellado, who works at the Legazpi city hall’s Legazpi City Women’s Federation, posted his painstaking work in Facebook group GUHIT Pinas. His artwork went viral in 24 hours, with over 23,000 likes and 7,500 shares as of writing.

(It was my dream to make my own art that is unique. In 2017, it just came to mind to use matchsticks.)

He says it’s only this year that he decided to give his idea a try. He also wanted to give a spin to the beloved Philippine flag, which he has been painting for some time.

The process took him a week and involves 19,680 matchsticks, shoe glue, and paint. He first sketched the flag then glued on the matchsticks to follow the illustration.

He explains that he started out with painting the matchsticks individually before sticking them on, and halfway through he painted the sticks only after they were glued.

The hardest part of the process? “Yung magdikit-dikit paisa-isa; masakit sa likod (Gluing one by one; it causes back pain).”

The self-taught artist has been drawing since he was a child, but only learned to paint last year.

(To be honest [I feel] a mix of shock and happiness that can’t be described. When I posted it, I was only hoping to get 1,000 likes or fewer.)