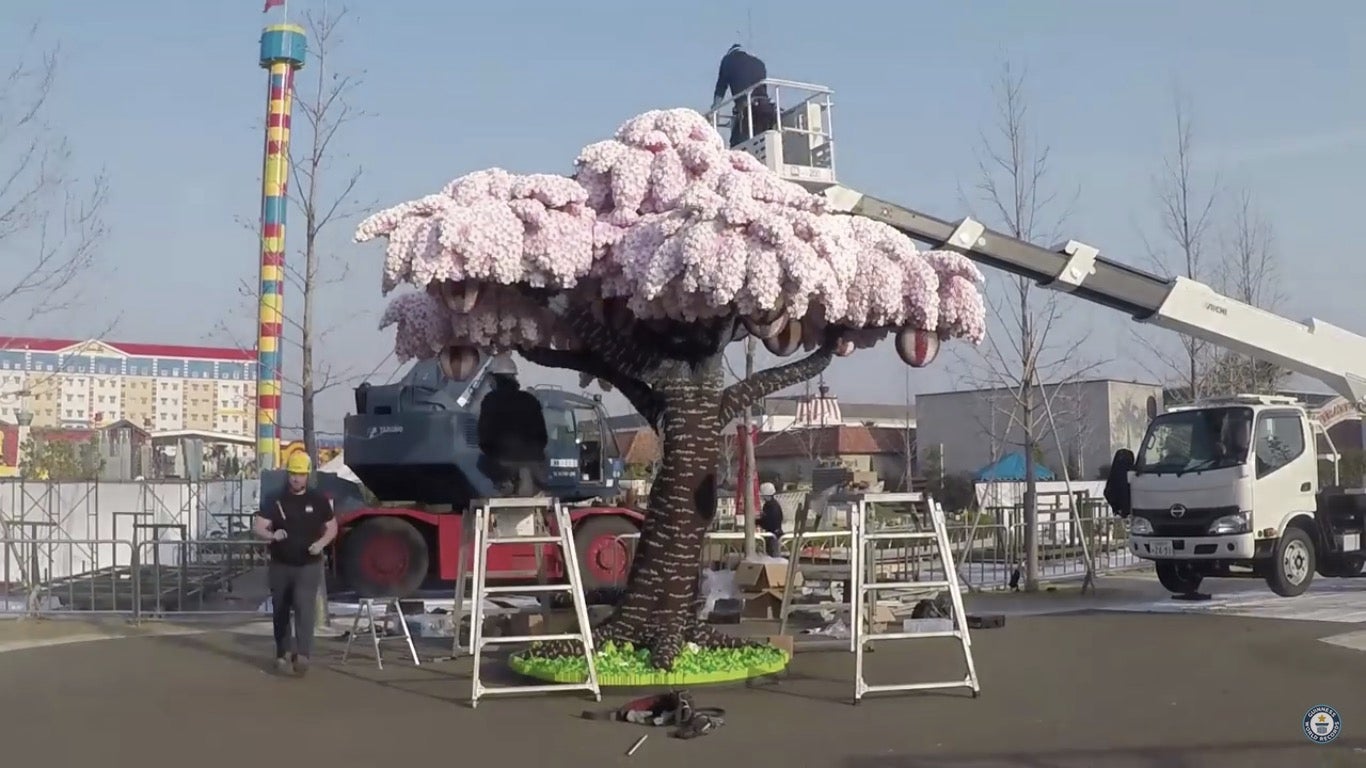 The massive Lego structure was also built at an appropriate time, when real cherry blossom trees bloom to signal the start of spring, according to a statement from Guinness World Records.

It took a team from the Czech Republic over 6,700 hours to design and build the tree before being shipped to Japan for final assembly.

As a bonus, the team also designed Japanese lanterns into the tree which lights up during the night.

Legoland Japan had a rough start in 2017 when it reached only 30 percent of its projected revenue goals for April. Revenue picked up in May but only achieved 60 percent of the goal. At around June, the park started closing on Tuesdays and Wednesdays, which was claimed to be for maintenance.

The maintenance periods were later lifted for the month of October and the last week of December. This was in anticipation of added foot traffic from students on vacation and the holiday season. JB