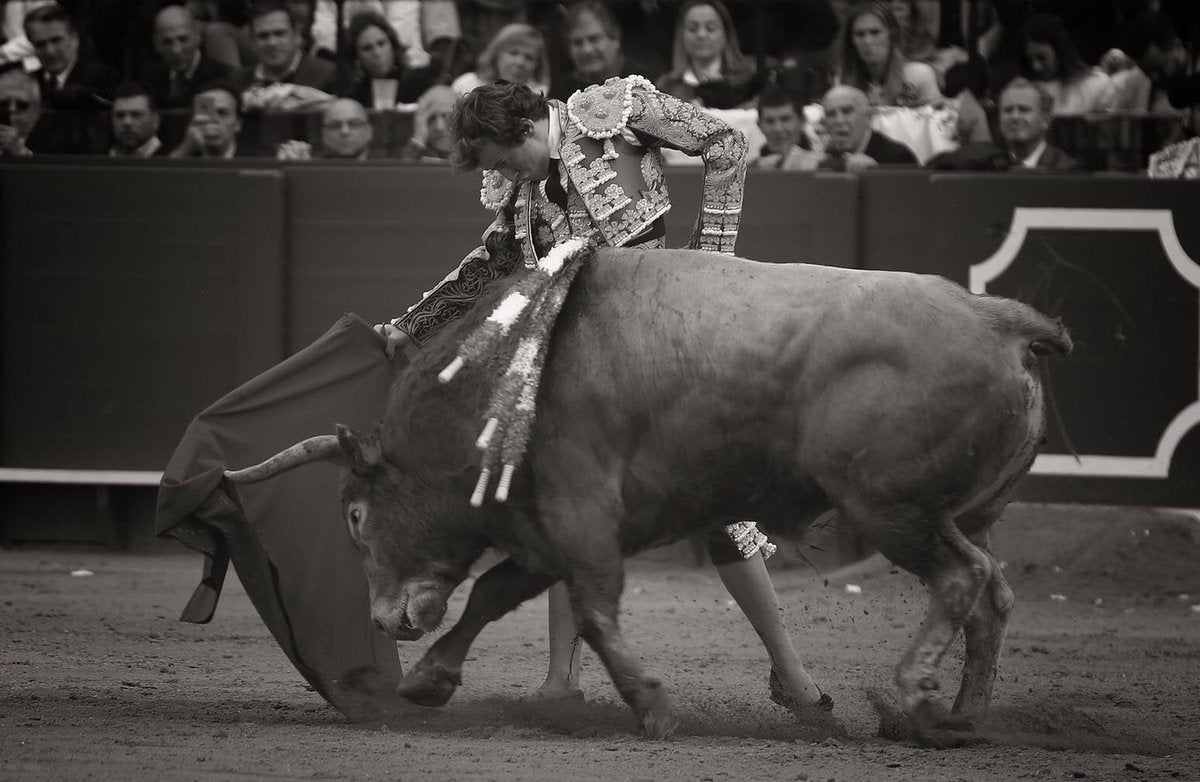 Matador Roman Collado, aiming for a return-to-form performance in the bull ring, was once again gored by a bull horn. (Here’s a fair warning that the following photo is graphic in nature.)

Collado entered the bull ring in Seville, Spain, on April 8 at the Plaza de Toros de la Real Maestranza de Caballería de Sevilla after recovering from an incident in Valencia, as reported by Spanish news site Publinews via Fox News.

During the Seville performance the bull hooked one of its horns on Collado’s leg, tearing a six-inch gash and going through a major blood vessel. The matador was even lifted into the air as the bull continued to buck its head. Collado then fell to the ground where he got dragged at the bull’s feet for a few seconds before his foot tore free of the horn.

Fellow matadors ran to his aid and carried him out of the ring. He was then rushed to the hospital for surgery to repair the gash.

Collado’s Twitter account announced the following day that the matador was recovering well and was eager to return to the ring.

Earlier on March 11 Collado was rushed to the hospital  when he was gored by a bull horn through the arm and chest during a bull fight in Valencia. He had taken time off from bullfighting since then to recover.  Alfred Bayle /ra

Moose stomps man’s foot in Alaska after he kicks her