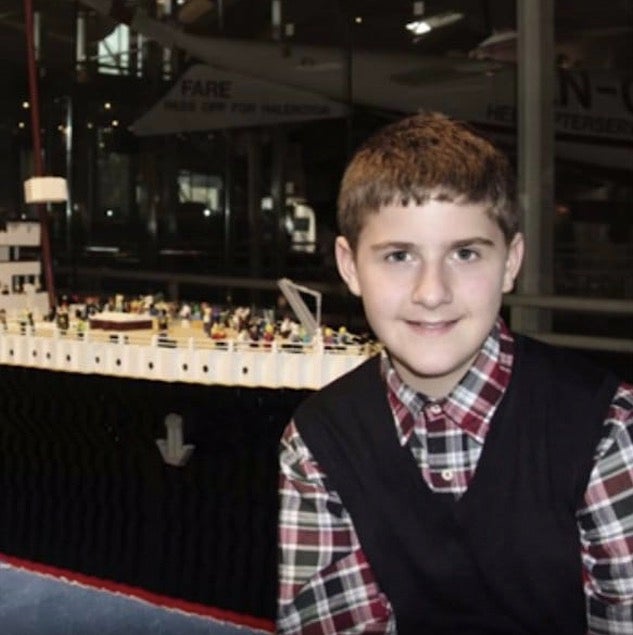 A Titanic replica made from Lego bricks got featured at the Titanic Museum Attraction in Pigeon Forge, Tennessee, United States.

The replica was built by Brynjar Karl Birgisson from Reykjavik, Iceland when he was just 10 years old. He is now fifteen. Birgisson also has autism, according to an interview with the Titanic Museum Attraction.

Birgisson’s project was put in display at the beginning of April. He will be seeing it on display for the first time today, April 17.

The entire Lego construct measures 6.33 meters long and is composed of 56,000 bricks. It took Birgisson 11 months or around 700 hours to build this Titanic replica, with help from his grandfather Ludvik Baldur Ögmundsson.

Ögmundsson helped Birgisson find the proper measurements when they scaled down the Titanic into a Lego-buildable size. Having the precise measurements also helped in estimating how much bricks would be needed for the project.

To fund the project, Birgisson and his family raised $3,000 or P156,000 through crowdfunding and another $3,000 from book sales and sponsors. Lego Group Denmark even gave them a 30 percent discount on lego bricks. Birgisson said some people also donated some of their old bricks.

Birgisson first started playing with Lego at age 5. He was also a big Titanic fan and by age 10, “I knew everything there was to know about the TITANIC,” the boy said. It was after visiting Legoland Denmark that Birgisson got the idea to build the Titanic from Lego bricks.

During the 11-month build process, his story went viral and helped draw attention to the positive side of autism. The book titled “My Autistic X Factor” was later written by Birgisson’s mother. Birgisson also has a website which documented the whole build and talks about autism. JB