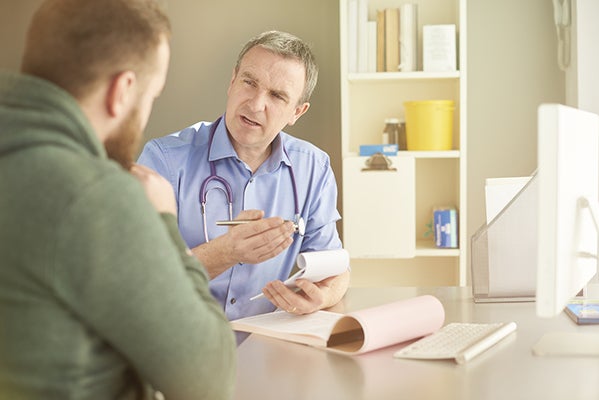 Could seeing the same doctor help you live longer?

New United Kingdom research has found that patients who see the same doctor regularly have a lower risk of death than those who see someone different at each appointment.

Carried out by researchers at St. Leonard’s Practice in Exeter and the University of Exeter Medical School, the ground-breaking new study is the first ever systematic review of the relationship between death rates and continuity of care, which is seeing the same doctor over time.

For the study, the researchers analyzed all of the available evidence in the field, reviewing results of 22 eligible high-quality studies which were carried out across nine different countries with very different cultures and health systems.

The researchers found that repeatedly seeing the same doctor contact was associated with fewer deaths.

More specifically, 18 of the 22 studies (81.8 percent) showed statistically significant reductions in rates of mortality when patients received continuity of care, and 16 of these studies found that the reductions in death were related to all-cause mortality.

Three of the studies showed no association between mortality and continuity of care, and another showed mixed results.

In addition, the protective effects were also found not only for those who had regular contact with their family doctors, but also for specialists including psychiatrists and surgeons. The effect was also seen across different cultures.

Although all the evidence is observational, the researchers are now calling for continuity of care to be given a higher priority in healthcare planning.

“Patients have long known that it matters which doctor they see and how well they can communicate with them. Until now arranging for patients to see the doctor of their choice has been considered a matter of convenience or courtesy: now it is clear it is about the quality of medical practice and is literally ‘a matter of life and death,'” commented Sir Denis Pereira Gray, of St. Leonard’s Practice.

Prof. Philip Evans, of the University of Exeter Medical School, added, “As medical technology and new treatments dominate the medical news, the human aspect of medical practice has been neglected. Our study shows it is potentially life-saving and should be prioritized.”

The team also noted that continuity of care has also been associated with other benefits including better communication, increased patient satisfaction, greater adherence to medical advice and decreased use of hospital services.

The results can be found published online in the journal BMJ Open. JB