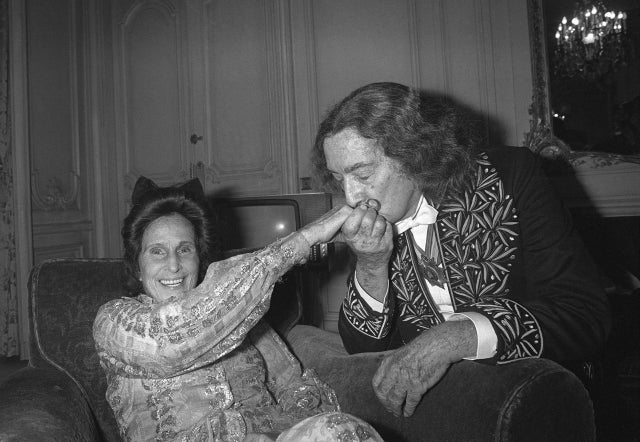 Gala was the mistress of German painter Max Ernst and the muse of photographers such as Britain's Cecil Beaton. Image: AFP/Gabriel Duval

Gala, muse behind Dali’s work, gets own show in Barcelona

Salvador Dali’s companion and muse Elena Diakonova, known as Gala, is the star of a new show unveiled Thursday in Barcelona that also portrays her as a key force behind his work.

Pepe Serra, director of the National Art Museum of Catalonia where the exhibition opens on Friday, said it highlights that Gala had an important, active role in the surrealist artist’s “creative, life-long project.”

“Gala Salvador Dali” gathers more than 300 elements from 18 museums and collections like the Georges Pompidou Center in Paris or the Salvador Dali Museum in Florida.

It includes Dali’s paintings and sketches of Gala, as well as items of their private life like letters, postcards, photos, clothes and personal objects.

Born in 1894 into a family of intellectuals from Kazan, Russia, she spent her childhood in Moscow.

She settled in Switzerland where she met the French poet Paul Eluard, with whom she moved to Paris and had a daughter.

Gala was the mistress of German painter Max Ernst and the muse of photographers such as Britain’s Cecil Beaton.

But her life changed when she met Dali in 1929 and moved in with him. The pair later wed and were inseparable until her death in 1982.

“Gala has much more of a role in (Dali’s) work than what is attributed to her,” said Estrella de Diego, curator of the exhibition.

“She collaborates, comes up with ideas and thinks like Dali.” CC