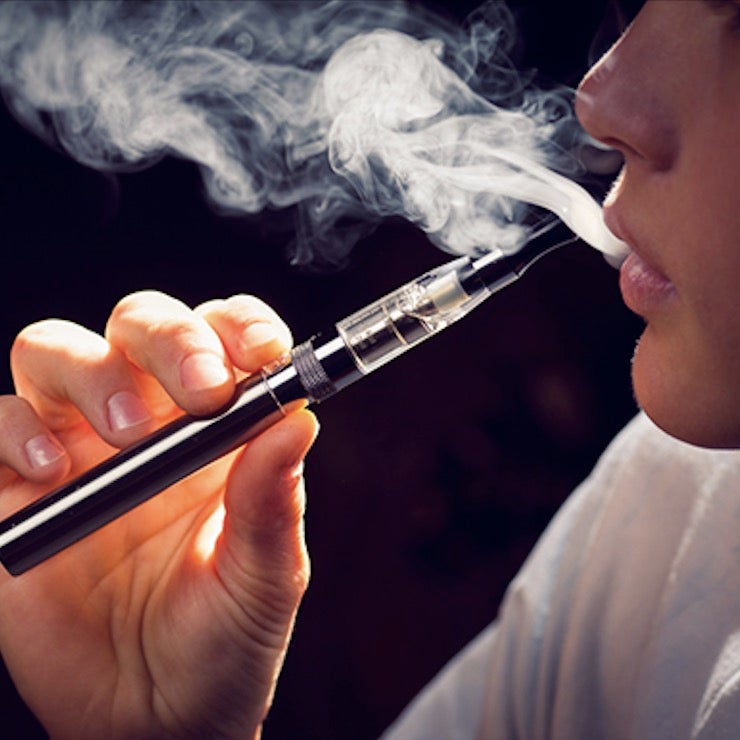 New research adds to the growing body of evidence that e-cigarettes may have a damaging effect on health. Image: AFP

A new large-scale US study has found that daily e-cigarette use can nearly double the risk of a heart attack compared to those who have never used e-cigs, with the risk even higher for those who also continue to smoke conventional tobacco cigarettes.

Led by researchers at University of California San Francisco along with a team from George Washington University, the study is the first to look at the relationship between e-cigarette use and heart attacks.

For the research the team gathered data from 69,452 participants who were interviewed about their e-cigarette and tobacco cigarette use, and whether they had ever been told by a health professional that they had had a heart attack.

The responses showed that from the 9,352 participants who were current or former e-cigarette users, 333 (3.6 percent) had experienced a heart attack at some point.

The results also showed that using both e-cigarettes and conventional cigarettes — which was the most common use pattern among e-cigarette users — appears to be even more dangerous than using either product alone. For those who used both types of cigarettes daily, the odds of having had a heart attack were 4.6 times higher compared to those who had never used either product.

“Most adults who use e-cigarettes continue to smoke cigarettes,” said senior author Stanton Glantz, PhD, “While people may think they are reducing their health risks, we found that the heart attack risk of e-cigarettes adds to the risk of smoking cigarettes.”

Although the authors noted a “lasting effect” on health even for former smokers, there is some good news. The team found that there appeared to be no increased risk of a heart attack for former or sometimes e-cigarette users.

“The risk of heart attack starts to drop immediately after you stop smoking,” said Glantz. “Our results suggest the same is true when they stop using e-cigarettes.”

Although e-cigarettes are often promoted as a safer alternative to conventional cigarettes, recent research has linked them to a variety of health concerns such as cardiovascular and lung disease.

“The only way to substantially reduce the risk of a heart attack is to stop using tobacco,” Glantz said.

The findings can be found published online in the American Journal of Preventive Medicine. AB