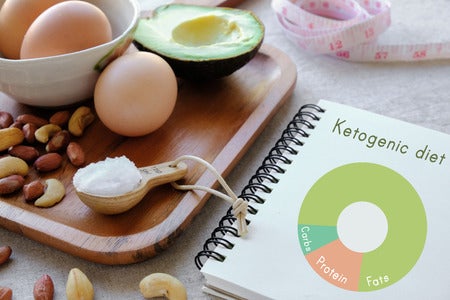 Why ketogenic diets have long-term complications

In search of a more sustainable and lasting approach to reversing, or at least delaying the onset of type 2 diabetes, I have returned recently to a vegetarian diet.

This had me listening to a webinar, “Reverse Diabetes with a High-Carb Diet,” broadcast by the Forks over Knives community.

The resource speaker, Cyrus Khambatta, received his PhD in Nutritional Biochemistry from the University of California at Berkeley. He started Mangoman Nutrition and Fitness in 2013 to teach people suffering from diabetes how to measure, track and reverse insulin resistance through plant-based nutrition and strategic exercise.

Through nutrition education, exercise coaching and his experience with type 1 diabetes, he spoke compellingly about the topic.

“Everything, if the total proportion of refined carbohydrates in your diet is too high. The biggest culprits are red and white meat, dairy, oils, fish and eggs. Common triggers are high dietary fat and protein,” he said.

Why do low-carb diets work to lower blood glucose?

Khambatta said, “Low-carb diets have been around for about half a century and have many names.

“In the ’70s, it was the Atkins diet, which was repopularized in the ’90s. Then it was called the South Beach diet, The Zone and then the Paleo diet and finally, today’s trendy ketogenic diet. Low-carb, high-fat diets promote short-term health improvements such as rapid weight loss, reduced blood glucose variability, hemoglobin A1C, total insulin use, LDL cholesterol and triglycerides. This is the main reason doctors love to prescribe these diets because of the almost instantaneous results.”

However, he warned, ketogenic diets have long-term complications. So, six months to five years later, will those improvements remain or will the picture change?

Khambatta also revealed a Public Library of Science study of over 270,000 people in four cohort studies, that showed the risk of premature death among those with high low-carb scores as significantly elevated.

How does our protein intake affect our risk for cancer and diabetes?

“Low protein intake is associated with a major reduction in IGF-1, cancer and overall mortality in people ages 65 years and below. Among subjects in the study with no diabetes at baseline, those in the high protein group had a 73-fold (7300 percent) increase in risk, while those in the moderate protein category had an almost 23-fold (2300 percent) increase in the risk of diabetes mortality,” said Khambatta.

“Anything you do that increases insulin resistance minimizes your chances of reversing diabetes altogether. Prediabetes and type 2 diabetes are reversible conditions in over 90 percent of situations. But if you’re eating yourself into an insulin resistant state, it’s not gonna happen,” he warned.

“Fruits, starchy and nonstarchy vegetables, beans, lentils and peas, green leafy vegetables, intact whole grains, herbs and spices are those you can eat in abundance. It’s not the banana’s fault or the quinoa’s fault or the potato’s fault why your sugar is clocking in at high figures,” said Khambatta.

“It’s what came before that. What’s in common? They are all low fat and low protein.”

He also advised to eat less of the following: nuts, seeds, avocados, coconuts, olives, pasta and bread (even sprouted). They may be plant-based but they are high in fat and must be taken in moderation.

What should be avoided?

“Dairy, eggs, red and white meat, fish and shellfish, oils, refined sugars, pastries and bread. These food store large amounts of fatty acids in your muscles and liver, which aren’t designed to store fat, and thus lead to insulin resistance,” he said.

How can we reverse insulin resistance?

Khambatta recommended: “Be consistent with your food choices and be patient. Within as little as 48 hours, changes can happen and be sustained for years.” —CONTRIBUTED