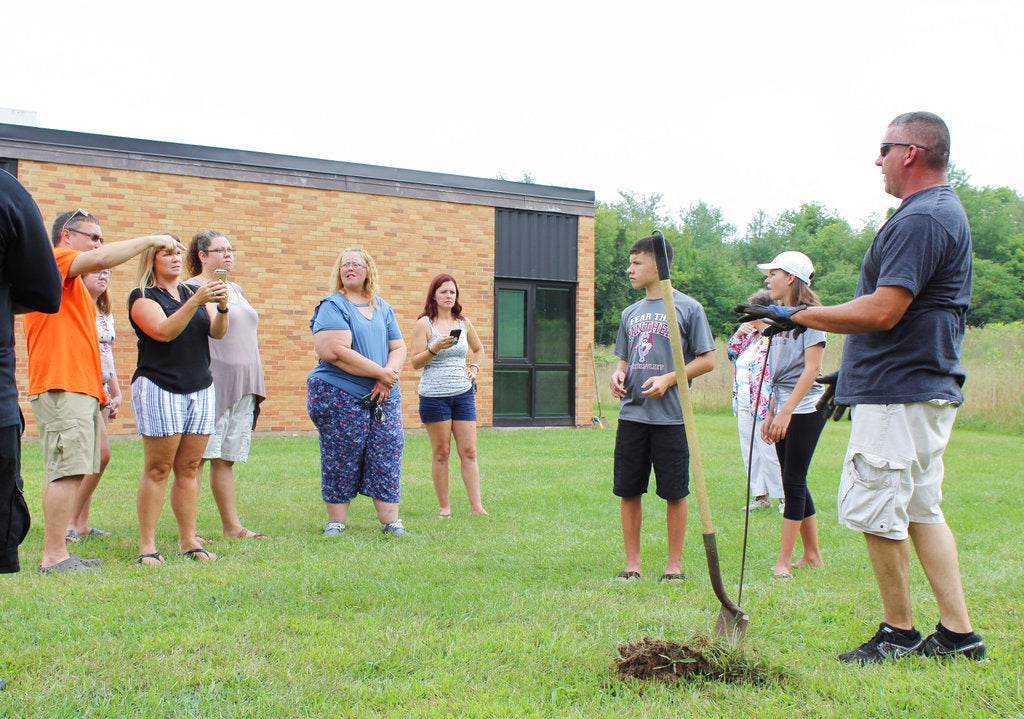 In this Sunday, Aug. 26, 2018, photo classmates that were in the AWARE classes at Coloma Junior High School in 1988 try to find a time capsule that they buried behind the school in Coloma, Mich., that year. The Herald-Palladium reports that the seven classmates and two teachers spent two hours on Sunday digging outside Coloma Junior High in southwestern Michigan. Image: Alexandra Newman/The Herald-Palladium via AP

COLOMA, Mich. (AP) — Former classmates reunited in Michigan to uncover a time capsule buried 30 years ago. The result? They couldn’t find it.

The seven classmates and two teachers spent two hours Sunday digging outside Coloma Junior High in southwestern Michigan. Tracy Gilmer said she remembers putting a Michael Jackson cassette in the box in 1988, along with assignments from an accelerated writing-and-reasoning program, including a fictional country.

“We had our own constitution and I actually sewed a flag for our country. I think the flag is in” the time capsule, she told The Herald-Palladium .

A teacher, Sandi Sanders, said information about the capsule was filed away but lost. Some wonder if rebellious classmates dug it up.

“We are all kind of in the dark trying to remember what was in it and where it is,” Sanders said.

Coloma Superintendent Dave Ehlers said the box may have been unearthed earlier when work was performed to alleviate flooding behind the school. The group might use a different metal detector and keep hunting.

“It was an English class,” Sanders said. “We didn’t know how to measure.” AB