Could seniors boost their longevity with the Mediterranean diet? | Inquirer Lifestyle ❮ ❯ 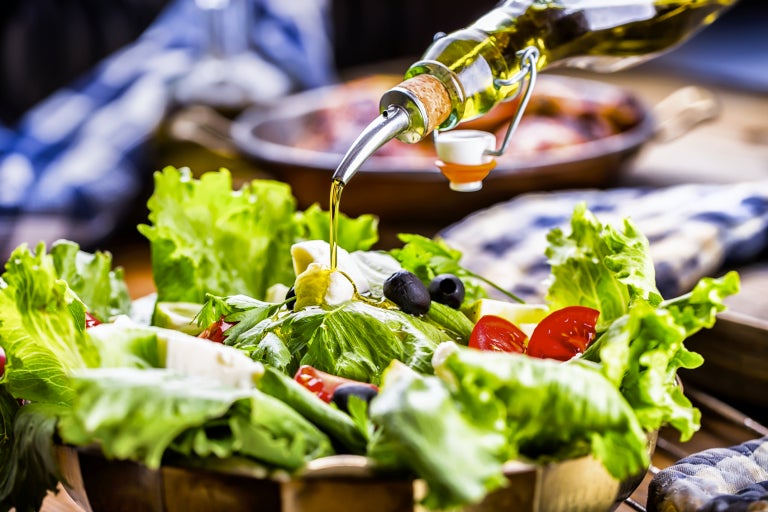 Could seniors boost their longevity with the Mediterranean diet?

New European research has found that following the popular Mediterranean-style diet as we age could help boost longevity by reducing the risk of death from all causes.

Carried out by researchers at the Department of Epidemiology and Prevention of the I.R.C.C.S. Neuromed, in Italy, the new study looked at 5,200 people over the age of 65 who were participating in the Moli-sani Study, a large-scale study which investigates the risk factors for cardiovascular disease and cancer, including the role of the Mediterranean diet.

The participants were given a diet score to assess their adherence to the Mediterranean diet before being followed for a period of eight years.

At the end of the study, the researchers found that following the Mediterranean diet is associated with a 25 percent reduction in the risk of death from all causes, including a reduced risk of death from coronary artery disease and cerebrovascular disease.

The researchers then carried out a further meta-analysis of seven studies, including their own, carried out across several countries with a total of 11,738 participants also over the age of 65.

“The novelty of our research is to have focused our attention on a population over 65 years old,” says Marialaura Bonaccio, first author of the study. “We already knew that the Mediterranean diet is able to reduce the risk of mortality in the general population, but we did not know whether it would be the same specifically for elderly people.”

A traditional Mediterranean-like diet is rich in fruit, vegetables, fish, pulses, olive oil and cereals, and low in meat and dairy products, with moderate wine consumption during meals.

The researchers also added that certain foods, when eaten as part of a Mediterranean-type diet, appear to offer greater protection, including a high consumption of monounsaturated fats, found in extra virgin olive oil and fish, and also a moderate consumption of alcohol, preferably during meals.

“Our research considers nutrition as a whole, but it is still interesting to understand which foods mainly contribute to the ‘driving’ effect of the Mediterranean diet,” explains Bonaccio. “Our data confirm what has already been observed in numerous epidemiological and metabolic studies, namely that a moderate consumption of alcoholic beverages, if inserted in a Mediterranean food context, is a protective factor for our health.”

The results can be found published online in the British Journal of Nutrition. JB