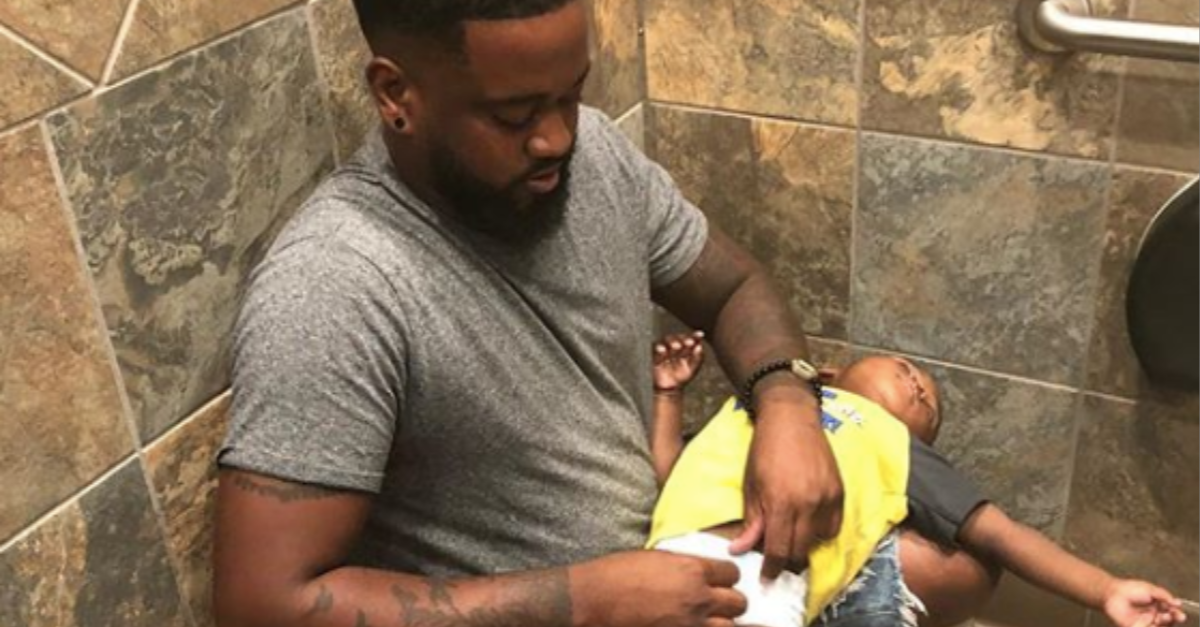 One American father is using social media to share the difficulty he goes through because of one thing missing from a men’s restroom: a changing table.

Donte Palmer, a 31-year-old teacher in Florida, accidentally lobbied for the cause after he had to change his 1-year-old son’s diapers while having dinner in a restaurant, reports Buzzfeed News.

His 7-year-old child accompanied him to the restroom to help and ended up snapping pictures of his dad who was squatting on the floor to change diapers, the report said.

Though he and his kids found the situation amusing, his wife saw something amiss. It was then that he realized that he wasn’t the only father that must be struggling with the situation.

Last Sept. 23, the dad of three posted a picture on his Instagram to bring light to the issue.

“What’s the deal with not having changing tables in men’s bathroom as if we don’t exist!! #FLM #fatherslivesmatter,” he wrote. “Clearly we do this often because look how comfortable my son is. It’s routine to him!!!! Let’s fix this problem!”

He used the hashtag #squatforchange to encourage other dads to share their stories. Palmer has been reposting the submissions on his own Instagram; the pictures show men squatting on floors or even on fields to change their children’s diapers.

Palmer has also hailed his wife as “lovely, beautiful and hardworking” and that both share parenting duties.

He said, “Fathers attend graduations, we push strollers, we squat to change pampers and we warm bottles 4 o’clock in the morning. Good fathers still exist!”  /ra