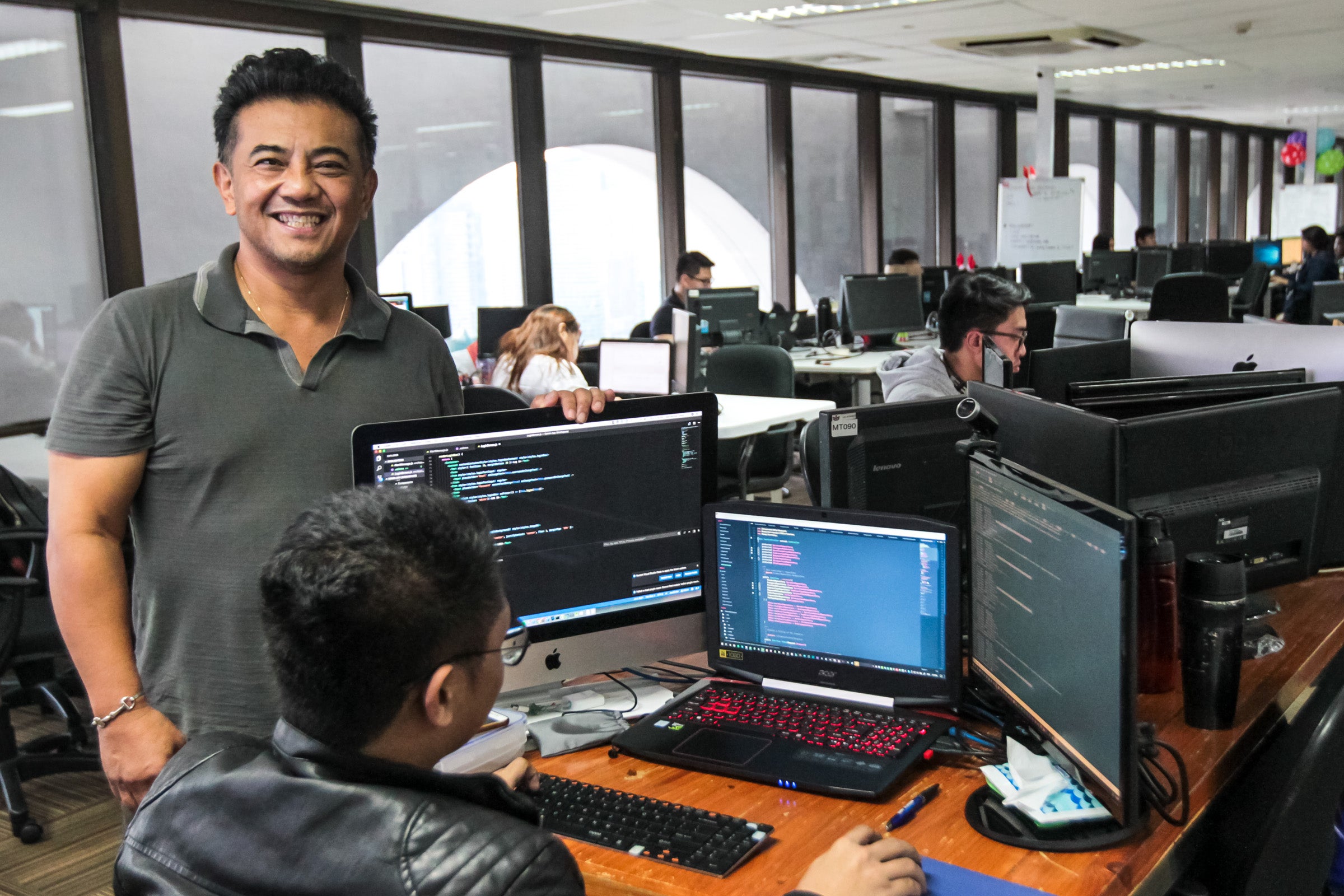 Everybody is waiting for the next Facebook to explode on the internet. But if there’s anything we learned from Mark Zuckerberg, it is that someone who can write the codes can beat the person with the great idea.

The creation of design or plan for software is called programming. Codes are its language that carries the message of the human to the machine. It is necessary to implement the program that you want to put up. Coding is writing the process in a language that the computer can understand. Once the computer understands what it needs to do, it executes the set of instructions.

“The kids are always looking at tablet, they are hooked on the internet. It looks like they are just absorbing these things passively. So what else can they do besides play games? Since I own a software company, my friend and I thought, how about we teach them how to code. Coding for kids,” said John San Pedro, CEO and founder of incubixtech.com.

This is how the idea of My Kids Code was born. The program is a camp where children can learn how to write a programming language in the form of games. They use the software CodeMonkey to do so. The camp is open to children,  ages six to 10. It is a six-session workshop that will run twice a week.

“Coding skill is a skill of the future. Instead of them just getting from the web and they are putting on the web,” San Pedro said.

He added that they researched on companies in this venture and found CodeMonkey. The developers based in Palo Alto, California, have taught the curriculum to children in the US. Now he wants the same thing to be done for children in the Philippines.

CodeMonkey is designed in a way even teachers with no experience in Computer Science can teach coding. My Kids Code has two teachers preparing for their first class, which will start next month.

San Pedro said that one of the most important requirements they set for teachers was that they must enjoy being with kids.

Students must bring their own tablet or laptop to attend the class. The curriculum is cloud-based. The lessons, activities and student records could easily be accessed as long as there is internet. The progress and weakness of each student can be monitored and assessed easily. The teacher can now customize or adjust the activity according to the skill level of each child.

In this almost one-on-one approach, an exceptionally well-adept child can be given a more difficult task, while the child who has a hard time understanding a concept can be given a challenge that could be at par with his knowledge. The students must challenge their own selves to do better, rather than compare themselves with the other students.

There are tasks the children can do at home if they want to practice what they learned. But the lessons are locked and will be opened only during the camp hours. Parents can access CodeMonkey to check on the progress of their child.

San Pedro did a demo of the challenges for the children in the program. The bright colors are enough to pique the interest of the children. The game he shared is a turtle who had to collect as many bananas as it can.

The options are at the bottom of the screen. Some of the options include instructions like “turn left,” “turn right” and “walk.” There is space for numbers so you can customize the instruction. Walking with 10 steps might be too much, so that you decrease the number until you hit the right one. Stopping where the bananas are is the goal.

The seemingly simple game of trial and error is actually using logic and arithmetic skills.  You have to add and subtract, analyze and decide on your next moves. Once you get the hang of it, you can easily navigate through the game.

It is both challenging and a lot of fun.

After the pilot class, San Pedro plans to bring the camp to a pilot school and eventually train teachers to cascade the program to more children, including those who can’t afford the fee.

The My Kids Code camp does not have a permanent classroom. It makes it easy for them to go to where you are.

Advantages of the code

San Pedro pointed out the need for efficient coders. He said that there is a shortage of them. Apparently, the software and apps that need to be produced outnumber the skilled coders who can write them.

“If we teach the kids how to get ahead of this, by the time they are in high school or college, they are ready to start companies,” he said. “That is what’s happening in the US. They can start companies at 20 because they started coding early. It’s almost like training an athlete.”

He said that children who start young can have the edge in the future. This can be a game-changer. If you look around, you will see that computers are everywhere.  Most people nowadays can’t even leave the house without a smartphone in hand.

According to the website code.org, there are 570,926 computer-related job openings in the US alone. The site said the amount could double in the future.  Furthermore, it added that there are only 49,29 graduates to fill those openings.

If you think you could be raising a geek if you make your child get into codes, think again.  Chris Bosh, power forward formerly of the NBA team Miami Heat, knows how to code. Will.I.Am recently studied coding. Elena Silenok, creator of Clothia.com, is familiar with the advantages of coding.

These personalities will say that coding is intimidating at first, but once you get the hang of it, it’s as easy as speaking a second language. Just start somewhere.

The My Kids Code camp will have its initial class in Manila Polo Club starting Nov. 13. You can invite them to where you are by messaging them on Facebook or sending an e-mail to [email protected].