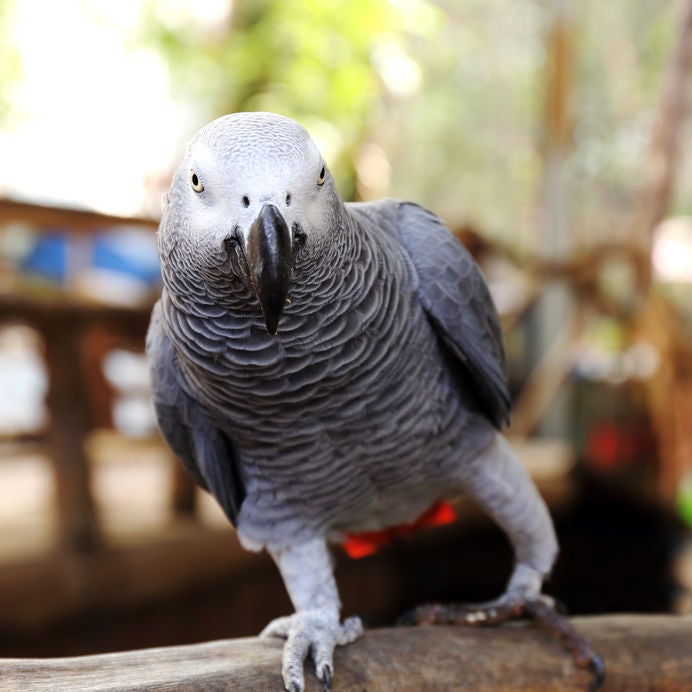 Firefighters from the United Kingdom were duped by a parrot that made a confusingly convincing imitation of a smoke alarm.

Firefighters in Northamptonshire rushed out to answer a call on Nov. 14, but when they got to the home of 63-year-old Steve Dockery, there was no fire in sight. Instead, what they found was a 17-year-old African gray parrot named Jazz, which made a pretty good imitation of a smoke alarm, reports Metro.

Steve said the bird was “a cheeky sod and likes to imitate things.” (Hear Jazz doing his smoke alarm imitation through this link.)

One of the smoke alarms in Dockery’s home had accidentally gone off for no apparent reason. Dockery said it was a common occurrence, so a company that monitored smoke alarms gave him a call just to make sure everything was fine.

The elderly man received the call and said everything was fine. However, Jazz kept making the smoke alarm sound in the background, prompting the caller to alert firefighters just to be doubly sure.

“When we arrived at the property, the householder assured us there was no fire and we checked and cleaned the smoke alarms to try and prevent further activation,” said Northamptonshire Fire and Rescue Watch commander, Norman James.

Though it was their job to save people from fires, any firefighter would prefer not to see a disaster when answering a call. This time, not only was there no fire to put out, there was also a cooky gray parrot that gave them something to laugh about that day.  Alfred Bayle /ra